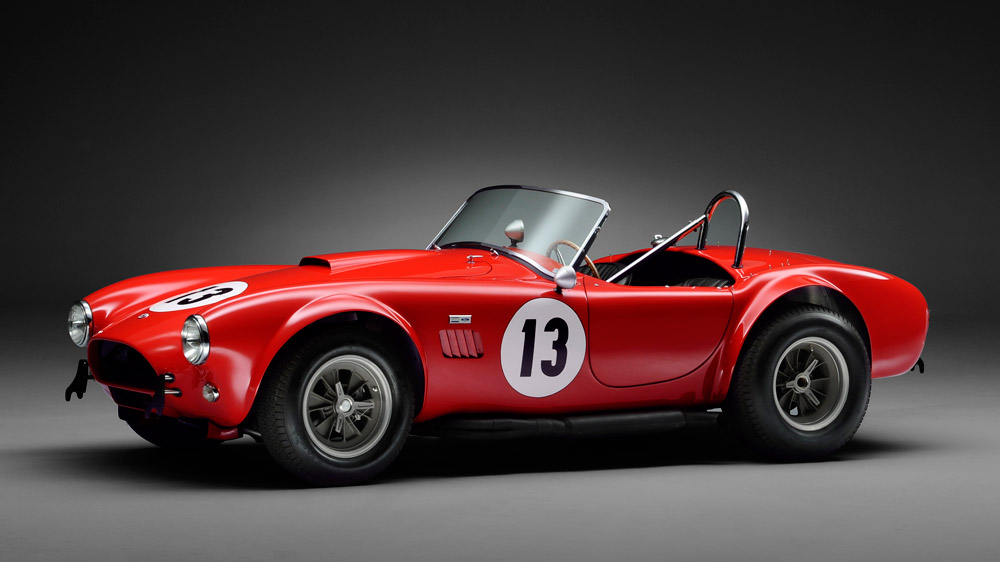 Raced first by Tom Payne, the Cobra example spent almost 25 years on display at the Shelby American Collection, further enhancing its appeal. “These are rare cars and not many in racing spec still exist,” says Sholto Gilbertson, senior specialist in Bonhams’s motoring department. “This example is in particularly good condition.”

Also offered was a 1990 Jaguar XJR-11 Group C Sports Prototype, which sold for $1.5 million. Bidders pushed it to a world auction record for the model. “The XJR-11 is seen by many as a car that didn’t get its chance to fully shine,” says Gilbertson. “It was an impressive sight to behold on the track and secured good podium finishes, but its career was cut short.” The Jaguar prototype is eligible for a future Le Mans Classic, and Bonhams described it as “ready to race.” Gilbertson says that means “no serious and expensive mechanical work needs to be done to the car before taking it on the track again,” making it that much more tempting to prospective owners.

Another notable lot, a 1955 Rolls-Royce Phantom IV State Landaulette, sold after the auction for $1 million. Even for a Rolls-Royce, it is exceptionally exclusive. One of just 18 made, it had belonged to Queen Elizabeth II and had been kept in the Royal Mews from 1959 until 2002. “We have had Royal cars for auction before but not a Rolls-Royce that was used by the Queen and owned by the Mews,” says Malcolm Barber, co-chairman of Bonhams. “We know of no other Rolls-Royce that has been sold that was used by our Queen. Usually they go into the Royal museum at Sandringham.”