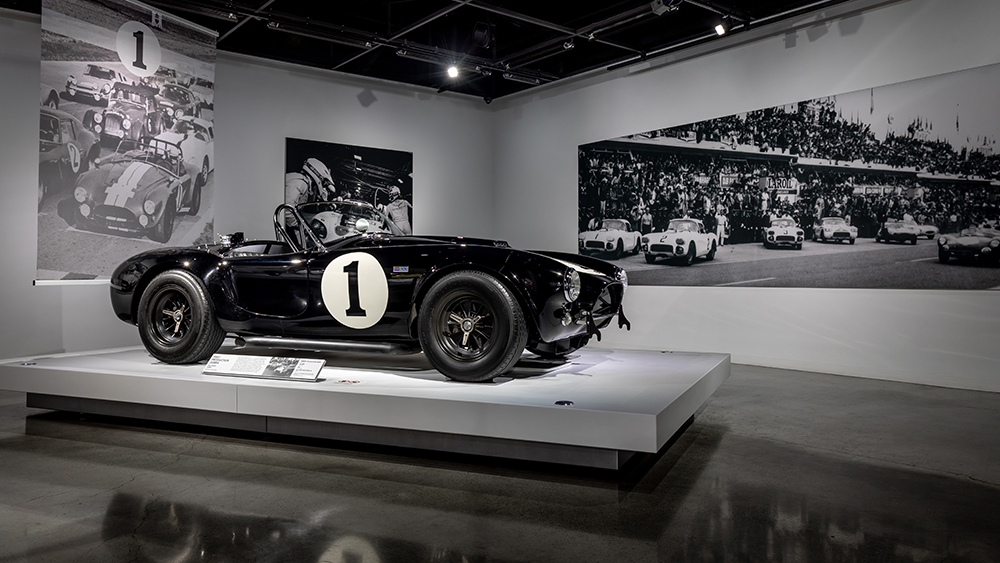 The Petersen Museum in Los Angeles constantly features a vast array of marvelous and coveted pieces of automotive history. Its latest collection, “Winning Numbers: The First, The Fastest, The Famous,” is no departure from that expertly curated norm. You’ve got Le Mans winners, speed record holders, dragsters, and road racers equally represented.

The exhibit comprises 10 unique steeds, each with a fascinating backstory that demonstrates the vehicle’s undisputed prowess. There’s the winningest Ferrari road racer of all time, a 1957 Ferrari 635/250 Testa Rossa, which took the checkered flag in more than half of the 50 competitions in which it campaigned. There’s the first production Shelby Cobra, a 1962 CSX2001. A 1962 Greer Black Prudhomme, piloted by drag racing icon Don Prudhomme, won an astounding 237 of the 241 races it ran.

A 1952 So-Cal Speed Shop Belly Tank Racer—indeed fabricated from a P-38 Lightning belly tank from World War II—will also be displayed, this one driven by Alex Xydias, a hot-rod racing guru. And there’s the 1979 Kremer Porsche 935 K3 that notched an overall win at Le Mans.

The cars come from Petersen founding chairman Bruce Meyer’s personal collection, and one may be more near and dear to Meyer’s heart. That would be a 1929 Ford “747” Bonneville Racer that Meyer himself drove at the famed Bonneville Salt Flats, reaching the double-century club with a speed of 204 miles an hour.

The “Winning Numbers” exhibit opened last weekend and will run through January 2020, so there’s plenty of time to stop by and drool. Check out the museum’s website for more information.