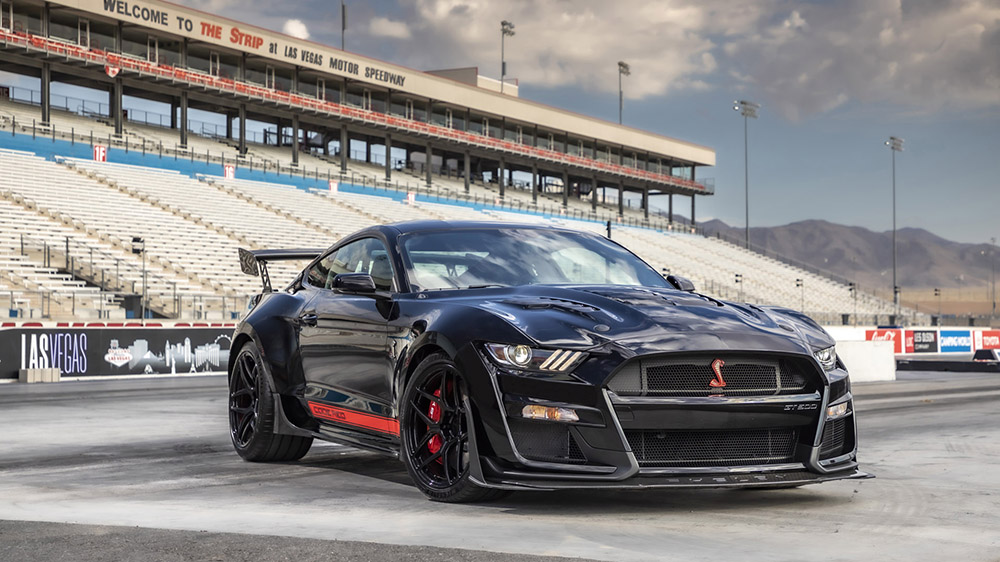 Only Shelby American could look at the Ford Mustang GT500 and see a car in need of even more power.

Fortunately for us, the legendary tuner has decided to put its upgraded, track-only version of the vehicle, the Code Red, into production. It’s a not-so-subtle reminder that the muscle car is still alive and well.

As far as the majority of enthusiasts are concerned, more power is a good thing. That said, the GT500 isn’t exactly a car that was crying out for more oomph. Its stock 5.2-liter supercharged V-8 generates a more than respectable 760 horses and 625 ft lbs of twist. As big as those figures may be, neither was enough for Shelby American.

The tuner has swapped out the brawny mill’s supercharger for a pair of turbochargers and equipped it with Manley pistons, Ferrera competition valves and a new fuel system. Thanks to these modifications, the bruiser now pumps out a monstrous 1,300 hp and 1,000 ft lbs of torque when its tank is filled with E85 flex fuel. Those numbers dip when you use regular gas from the pump, but it’s still capable of churning out 1,000 hp and 780 ft lbs of torque. Regardless the fuel, Shelby’s GT500 is a whole lot more powerful than the standard version.

The engine wasn’t the only aspect of the GT500 that’s been reworked. The Code Red has also been equipped with Ford Performance front and rear sway bars, performance half-shafts and had its suspension recalibrated. It also wears Shelby’s widebody package and rides on a set of forged aluminum wheels that are two inches wider in the rear and wrapped in drag radials for better traction off the line.

It will also be exclusive. The Code Red is an experimental car, so Shelby will only build it in limited numbers. The plan right now is to produce 30 examples of the upgraded muscle car, one for the past three model years—2020, 2021 and 2022. We imagine those build slots will fill fast.