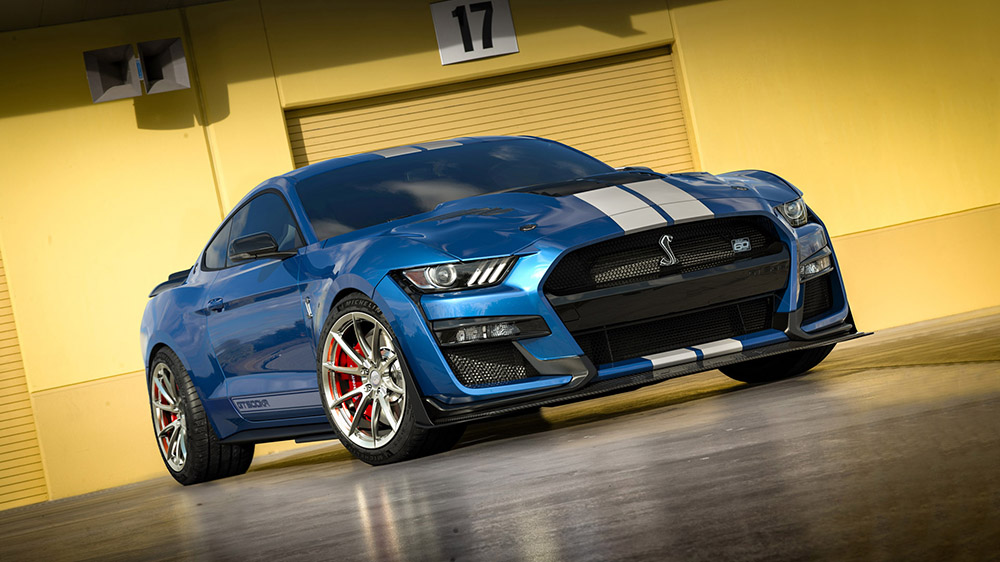 Shelby American knows how to celebrate a milestone birthday the right way.

The high-performance shop announced that it will mark its 60th anniversary by reviving one of its most legendary models, the Ford Mustang GT500KR. And because this is Shelby we’re talking about, production will be limited to just 180 examples, with an additional 45 earmarked for foreign markets.

This will be the third Mustang GT500KR that Shelby has released. Nicknamed the King of the Road—hence the KR at the end of its name—the powerful variant made its debut in 1968. It was then brought back four decades later in 2008. The latest version will be a lot more exclusive than the first two, according to Car and Driver. Ford and Shelby built 1,570 examples of the first-generation GT500KR and 1,712 units of the second.

The latest GT500KR won’t just be rarer than its predecessors; it’s got a lot more grunt. The muscle car is powered by an upgraded 5.2-liter V-8 that’ll spit out over 900 horses when using 93 octane gas or above, according to a press release. That’s a boost of over 120 hp compared to the regular GT500, which can be attributed to a massive 3.8-liter Shelby by Whipple supercharger with a high-volume intercooler and heat exchanger, according to the shop. Other modifications include a Shelby by Borla exhaust system, MagneRide suspension recalibration and Ford Performance front and rear sway bars.

The new King of the Road also looks quite a bit sportier than the regular GT500. It’s got a carbon-fiber sculpted hood, front splitter and rear diffuser. It has Shelby rocker stripes, special badging and rides on a set of one-piece 6061-T6 forged aluminum wrapped in performance-spec tires. Inside, you’ll find leather seating, a numbered dash plate and more special badging.

Production of the third-generation King of the Road is set to begin early next year. The first example will also go up for auction at Barrett-Jackson’s Scottsdale auction on January 29, with all proceeds going to charity. Getting an extreme ‘Stang while helping out a good cause doesn’t sound like a bad way to get the new year started.

Check out more photos of the Mustang GT500KR below: