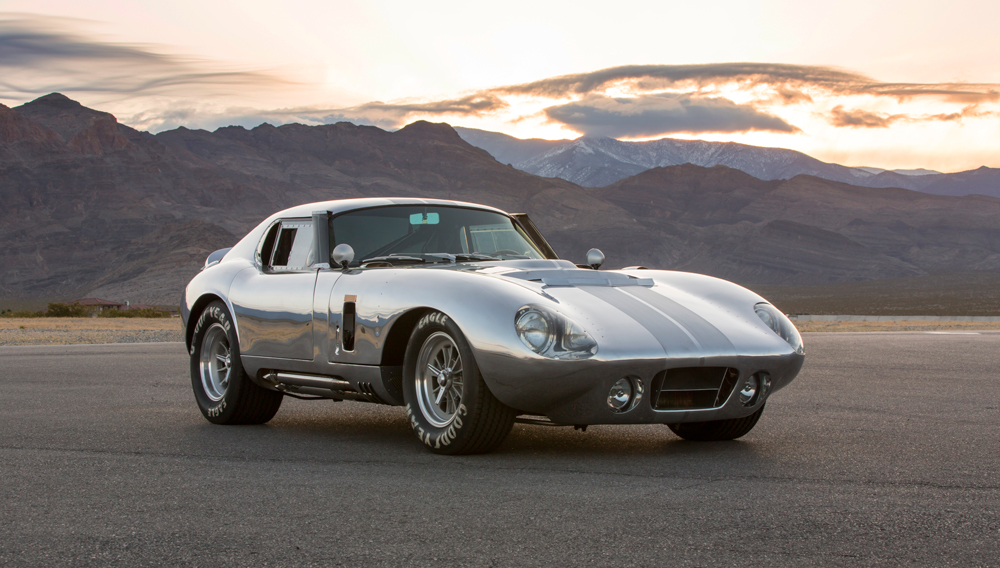 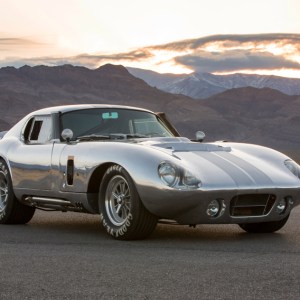 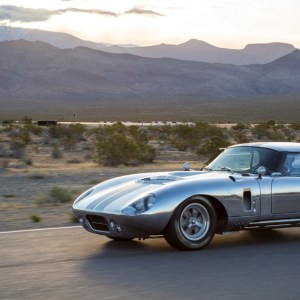 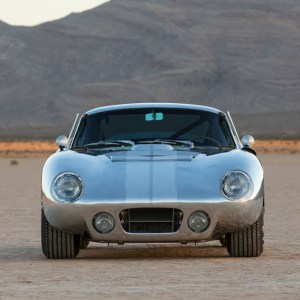 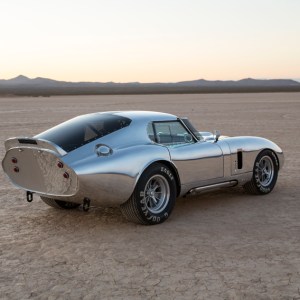 Shelby American has given the green light to owning your own amazing automobile Americana with the release of its 50th Anniversary Shelby Cobra Daytona Coupe next month. Available in either aluminum or fiberglass versions, the limited-edition continuation is a heartfelt homage to the model that became road-racing royalty after being driven to victory at the Fédération Internationale de l’Automobile (FIA) Sports Car World Championship in 1965—the first and only American car to take the title to this day.

For that year’s FIA race season in Europe, Shelby built only six aluminum Cobra Daytona Coupes, which were powered by a 4.7-liter V-8 engine. The car’s instantly recognizable body shape was developed by Shelby’s Pete Brock for a more aerodynamic aesthetic, critical to being competitive over the extended straightaways that were more common to continental circuits. Success for the U.S. manufacturer’s visionary engineering and design was found when the car beat Ferrari and took first place in the over 2,000 cc (2.0-liter) engine division at the championship on, fittingly enough, July 4.

Half a century later, the new aluminum editions will mirror the original blueprints and feature the same period-specific tube chassis, leaf-spring suspension, and wood-rimmed steering wheel, but will benefit from the merits of modern disc brakes and a reinforced frame. Interiors will sport black leather upholstery and bespoke badging to commemorate the release. The fiberglass coupes will cull together more contemporary comforts, such as air-conditioning, power steering, and power windows and locks. Each car will be received by the buyer as a rolling chassis, though an aluminum or cast-iron block 289 cubic-inch-displacement engine from Shelby Engine Company is available at additional cost. Shelby is limiting the release to 50 cars total—regardless of body type—with orders being taken on a first-come, first-served basis.

The price for each aluminum and fiberglass selection, sans drivetrain, starts at $349,995 and $179,995, respectively. Examples of each car will debut at Gordon McCall’s Motorworks Revival in Monterey, Calif., on August 12. One of the new aluminum models will also be displayed alongside the original six coupes from the 1960s at the Goodwood Revival in Chichester, England, September 11 through 13. (shelby.com)