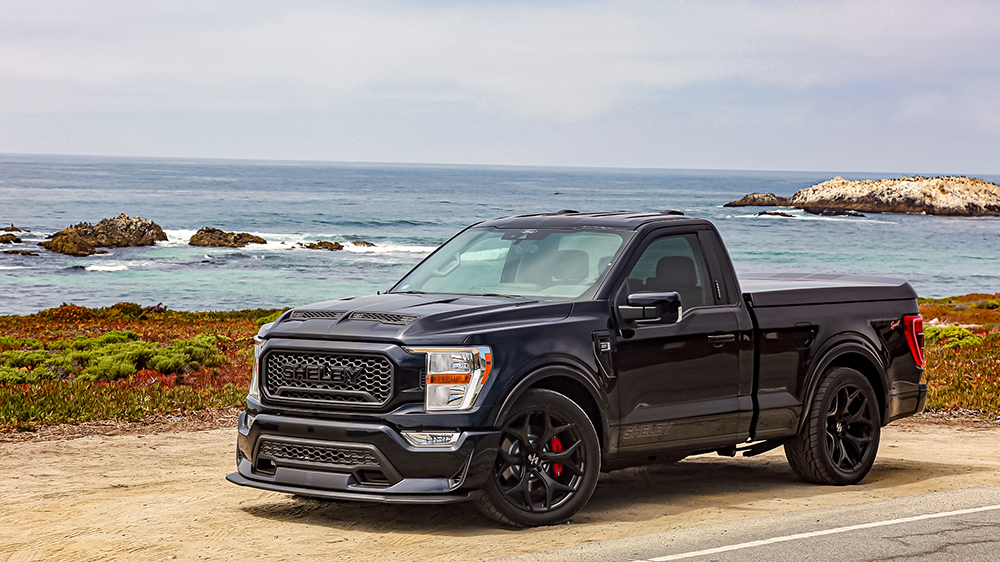 The high-performance Mustang specialists have just unveiled the 2021 F-150 Super Snake. The heavily modified pickup takes Ford’s best-selling truck and turns it into a true behemoth capable of going from zero to 60 in less than four seconds.

With this year’s Super Snake, Shelby has taken the heart of a muscle car and put it inside the body of a hulking truck. The pickup is powered by a 5.0-liter supercharged V-8 that can generate up to 775 horses. No torque figures were provided, but that’s 5 hp more than last year’s model. Thanks to this powerhouse and all-wheel-drive, the lightest version of the truck, the two-door “Sports” model, can rocket from zero to 60 mph in 3.45 seconds and zero to 100 mph in 8.3 seconds. Those are incredible figures for a truck.

In addition to a specially tuned engine, the Super Snake also comes equipped with a new Ridetech suspension setup, which features adjustable shocks in the front and rear. Other modifications include a new Borla performance exhaust and six-piston front brake system and upgraded rear brake pads and rotors.

“Shelby American forever changed the perception of performance beginning with the Shelby Cobra, the Shelby version of the Ford Mustang pony car and then the muscle truck,” Gary Patterson, president of Shelby American, said in a statement. “The 2021 model year Shelby F-150 Super Snake truck was created with that same DNA that made those vehicles so successful over the past six decades.”

The new F-150 Super Snake is available in two- and four-door extended cab configurations, both of which will be limited to 300 examples. Pricing for the two-door “Sport” starts at $98,690, while the four-door model starts at $113,680. You can reserve yours now through the Shelby website, and if you really want one, we suggest moving even faster than the Super Snake.