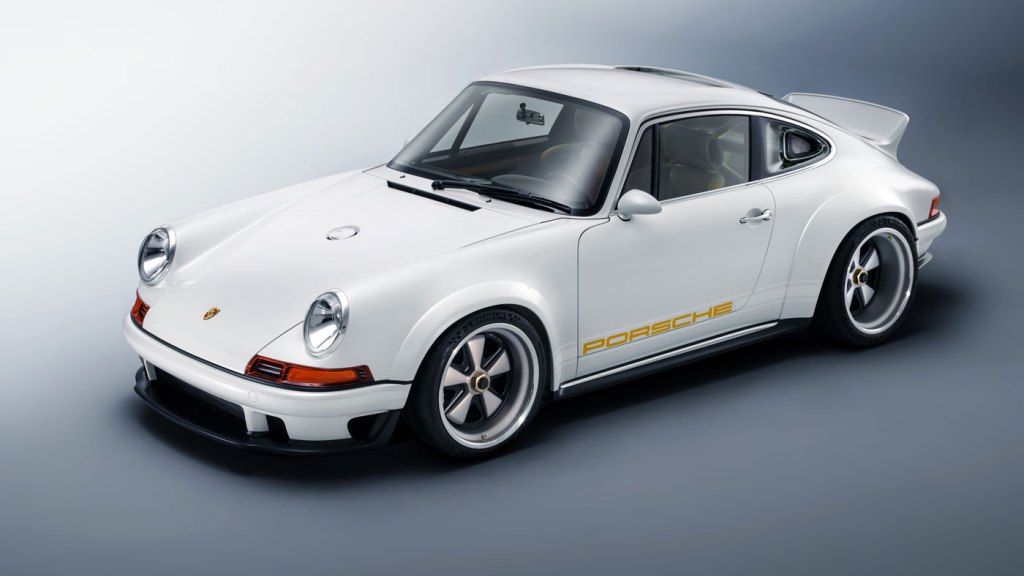 “Perfection is not attainable, but if we chase perfection we can catch excellence,” said gridiron guru Vince Lombardi. One team that seems to be winning with that philosophy is Singer Vehicle Design, the Southern California–based automobile restoration house that’s determined to take the air-cooled Porsche 911 and reimagine it as impressively as possible. That being the score, Singer’s latest project, the results of its Dynamics and Lightweighting Study (DLS), is nothing less than a game changer.

The reborn Porsche 911s, debuting today at the Goodwood Festival of Speed in the United Kingdom, represent a client-inspired partnership between Singer, Williams Advanced Engineering, and a handful of other acclaimed automotive specialists such as Bosch, Brembo, Michelin, and Hewland—most of whom developed components specifically for the car. Singer customer Scott Blattner was responsible for the genesis of the rarified restoration package as he looked to bolster and bespoke his 1990 Porsche 964 (the 964 model number referencing the German marque’s 911s built from 1989 through 1994).

The transformation revolved around the quest for both weight reduction and performance increase. Modifications included replacing the original body with a redesigned one constructed from carbon fiber. Aerodynamic were analyzed and readdressed, such as adding efficiency to the ducktail spoiler and diffuser for greater downforce at the back.

Williams Advanced Engineering worked with Hans Mezger to come up with the coupe’s 500 hp, naturally aspirated four-liter flat-six, a considerable amount of which is made from magnesium. (The engine’s cooling capacity is improved by side-window air intakes and decklid vents.) The power-train configuration also comprises a Hewland six-speed manual gearbox with magnesium casings. Williams Advanced Engineering’s suspension (a double-wishbone at the front paired with an aluminum rear trailing arm) is complemented by Bosch’s electronic stability and traction controls (which can be deactivated depending on driving mode selected) and its anti-lock braking system. Handling is further honed by Brembo carbon-ceramic brakes, BBS Motorsport’s 18-inch forged magnesium wheels, and Michelin Pilot Sport Cup 2 tires.

Two examples will be presented at Goodwood, Singer’s restomod versions of Porsche 911s from 1989 and 1990. One is scheduled to compete in the festival’s famed hill-climb contest while the other will be presented alongside another six of Singer Vehicle Design’s one-of-a-kind customizations. Although the starting price for a DLS restoration has yet to be released, it will be well into seven figures when finished.