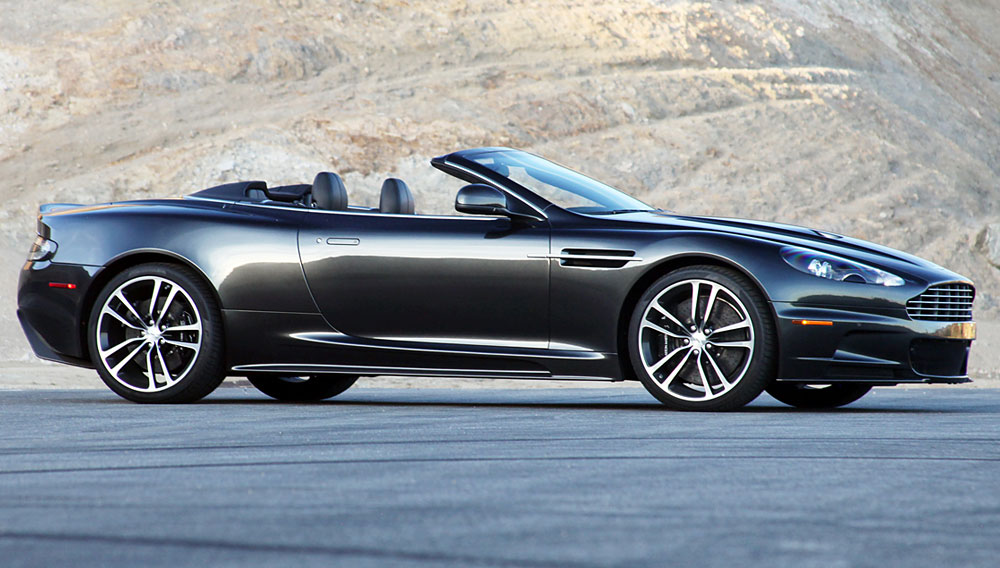 It’s no faster or better handling than a standard issue Aston Martin DBS Volante—if one has the nerve to call anything from the high-end British brand “standard”—but this limited-edition model is an aesthete’s delight.

The carbon theme extends to the interior, which involves 70 man-hours of hand-stitching and finishing. While the convertible version loses the delicately quilted headliner found in the coupe, the ragtop still gets the subtle carbon fiber finish across the dashboard—whose hand-laid placement demands precise alignment of its weave pattern, not unlike the way a tailor might sew together a herringbone suit.

Other carbon details include the tips of the magnesium alloy paddle shifters and doorsill trim, but this particular specimen is best experienced from behind the steering wheel. During our Southern California test-drive, which included high-speed canyon blasts and boulevard creeping from valley to coast, the DBS Volante’s hand-built V-12 power plant produced a gut-stirring sound track that encouraged downshift blips just for the sake of it.

This British beast can’t quite match the athletic finesse of some of its Italian or German counterparts. But as grand touring convertibles go, the Aston Martin DBS Volante Carbon Edition is as close to swift, four-wheeled jewelry as it gets. (www.astonmartin.com)