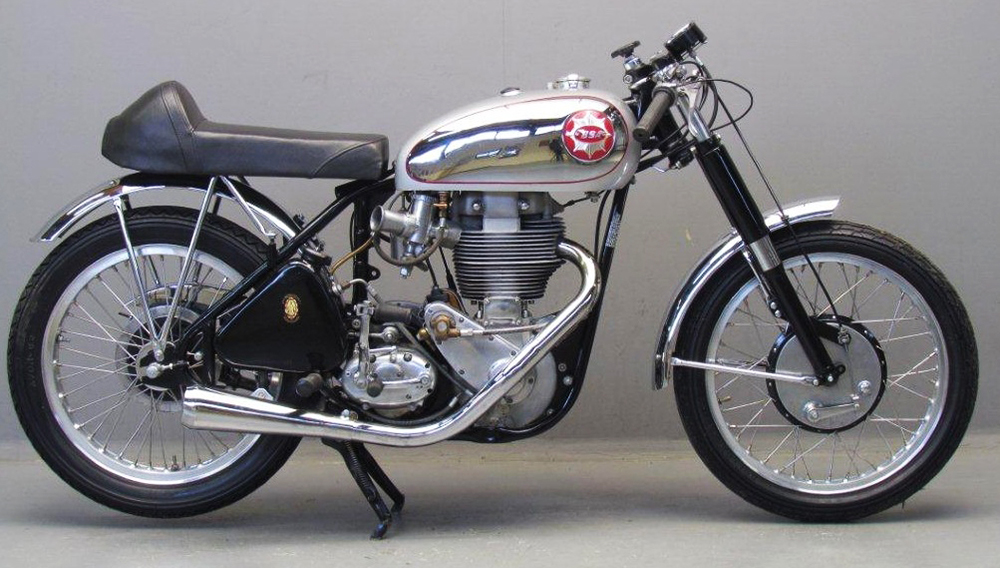 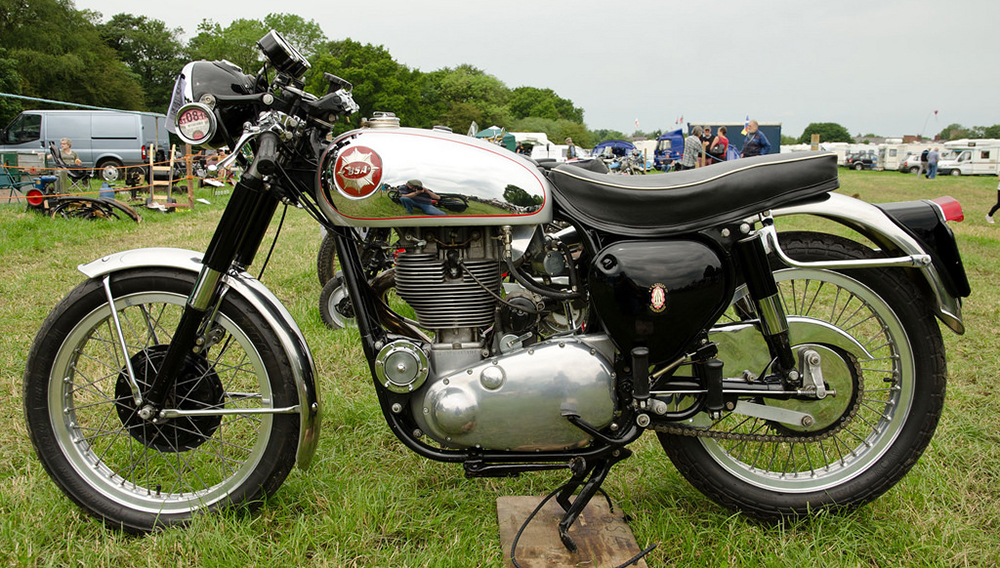 Produced by Birmingham Small Arms Company Limited (BSA) between 1938 and 1963, the hand-built Gold Star was named in commemoration of British racer Wal Handley’s more than 100 mph lap at the 2.75-mile Brooklands circuit in 1937. The feat had earned him a Gold Star pin and, as Handley was riding a modified BSA Empire Star model at the time, the manufacturer went into production on a new version fit with an alloy 496 cc engine and an Electron gearbox.

After WWII, the Gold Star was released as an all-alloy competitor available in various trim packages depending on purpose, including tourer, trials, International Six Days Enduro (ISDT), scrambles, racing, or Clubmans configurations. By 1956, the Gold Star DBD34 model featured a chrome-plated fuel tank, a 500 cc engine, and a top speed of 110 mph. Popular in both Europe and the United States, it triumphed at the Isle of Man Clubman Tourist Trophy and Daytona races, respectively.