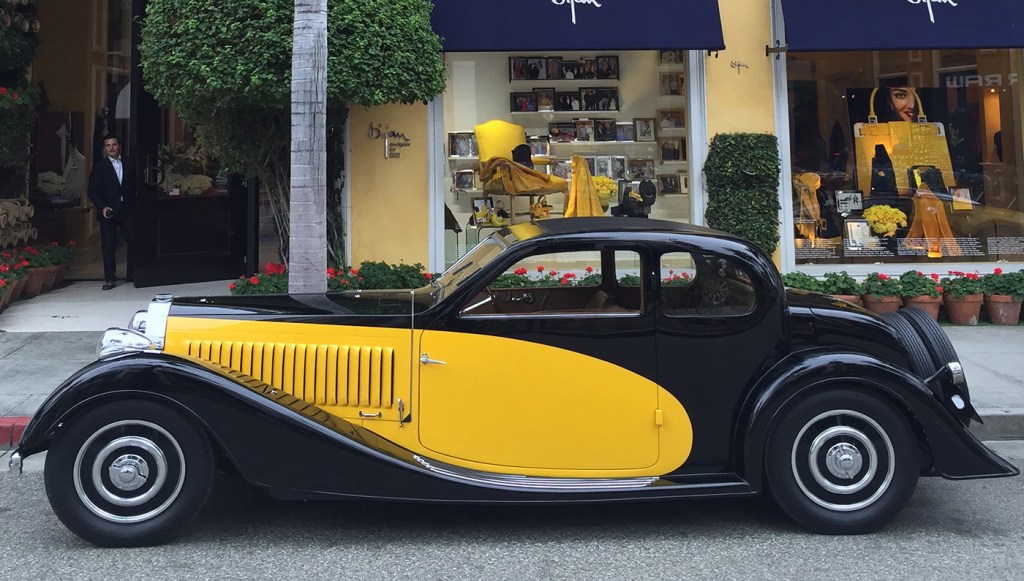 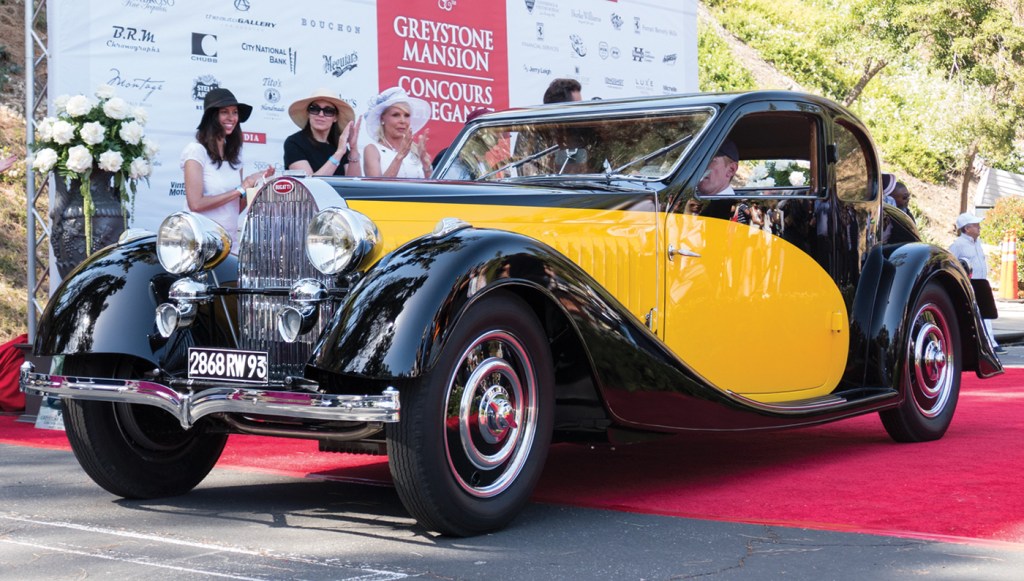 An iconic model line, the Bugatti Type 57 was designed by founder Ettore Bugatti’s son Jean and produced from 1934 to 1940. The Ventoux body-style was built in-house as a two-door with room for four passengers. Under its distinctive art deco aesthetic, a 135 hp, 3.3-liter straight-8 engine gave a top speed of 95 mph.

“The Type 57 Ventoux is one of the purest examples of Jean Bugatti’s design,” says collector Bruce Meyers. “It evokes the flowing lines and sharply raked windshield of his dramatic T50 Coupe Profilee.”

Meyers’ own 1935 example was cared for by a single owner for 15 years before being sold. It then spent almost 40 years in a barn outside of Paris before Bugatti connoisseur André Lecoq restored the car to show quality over two decades ago. Meyers now drives his timeless tourer to events throughout Southern California including Greystone, where it was named Best in Class for Pre-War European entries. (greystoneconcours.org)