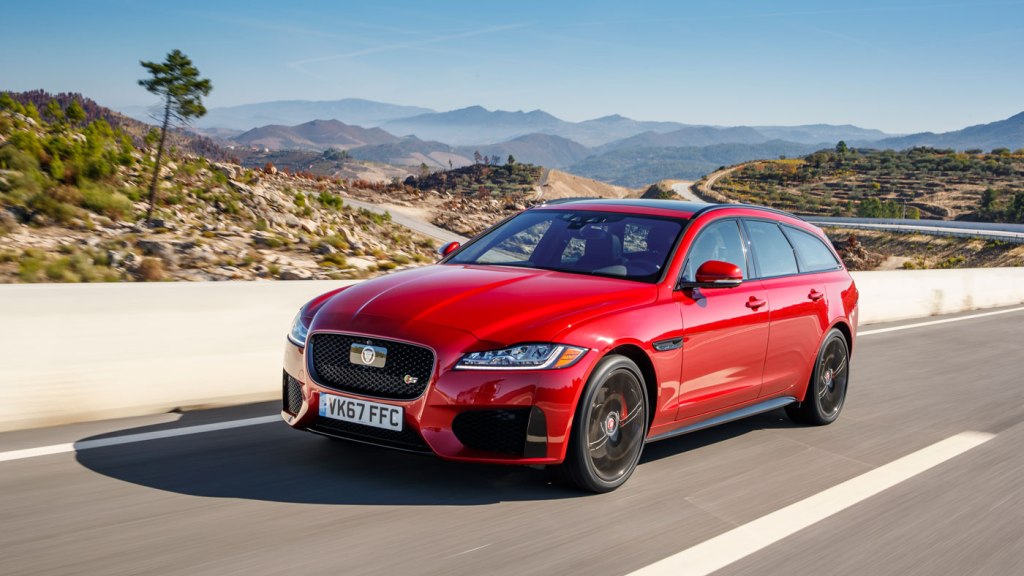 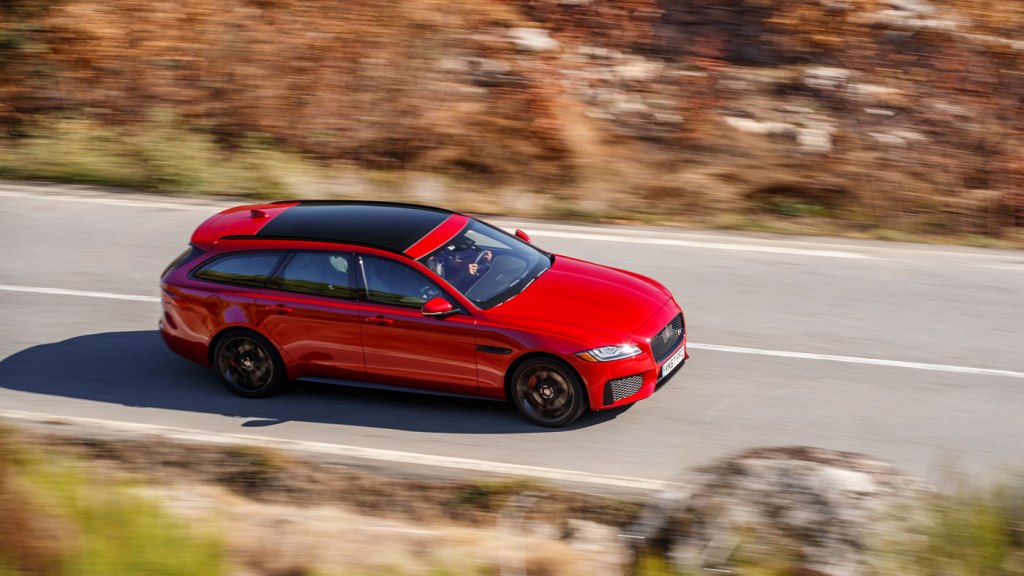 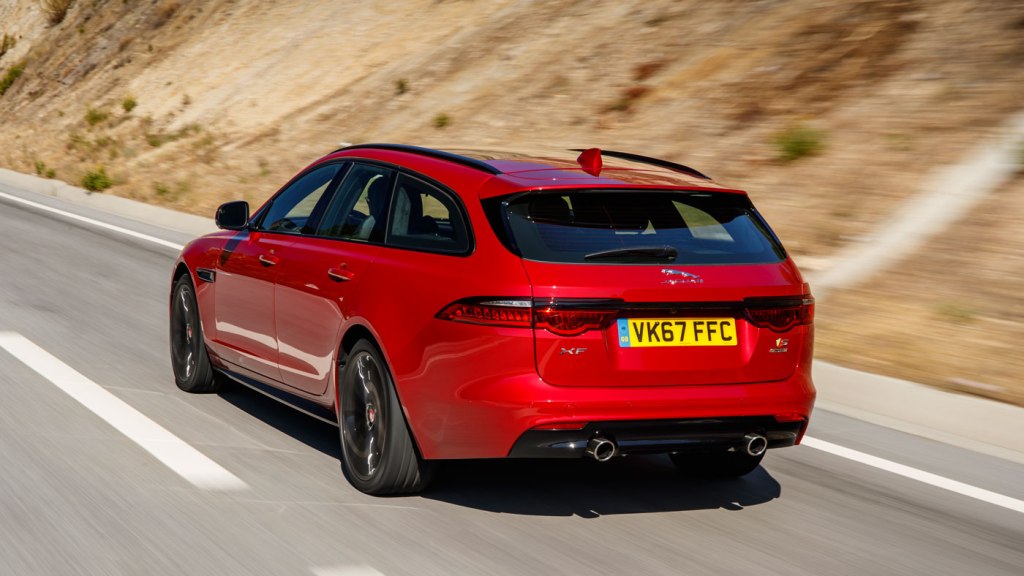 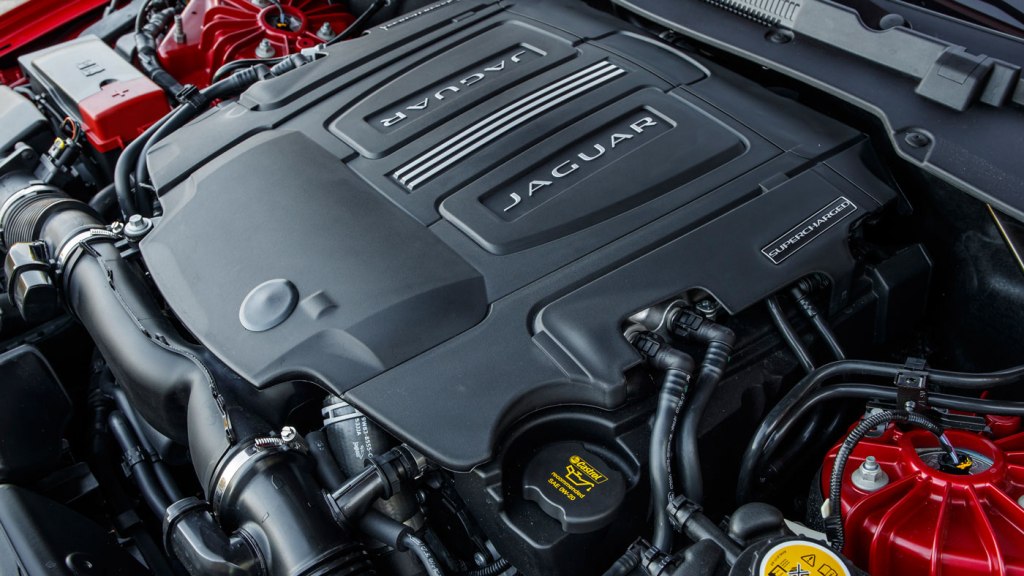 Introducing the aggressive and unequivocally sexy sister of the station wagon you grew up traversing dusty highways in as a kid. With its bright metallic Firenze Red exterior and an aggressive stance, donning a sinister but poised maturity, the new Jaguar XF Sportbrake vehicle should be your ride of choice for the next family voyage. Underpinning the taught aluminum body (which contributes to the Sportbrake’s relatively low weight of 4,045 pounds) is an all-wheel-drive platform with rear-leveling air suspension—a nice feature when the rear is loaded with almost 70 cubic feet of heavy stuff through the tailgate’s gaping maw (or, as Jag’s creative marketing literature reminds us, as many as 27,800 golf balls). A roofline as long as the Texas panhandle offers a full-length panoramic glass sunroof and sunblind, creating a sense of air and space for all five occupants, even when closed.

A snappy, supercharged three-liter V-6 engine makes 380 hp at 6,500 rpm with 332 ft lbs of torque at 4,500 rpm. Plenty for anyone but the greediest power fiends, this XF will get to 60 mph in 5.3 seconds and has a limited top speed of 121 mph. Power is laid down seamlessly with an eight-speed ZF automatic transmission.  Notably, the center-console-mounted rotary gear selector is a marked improvement from previous generations that turned quick three-point maneuvers into a game of chicken. That being said, the marque’s sweet 575 hp supercharged V-8 engine wouldn’t be the worst thing that could happen to the Sportbrake.

On the interior, all of the infotainment and connectivity one can wish for is there; a 10-inch touchscreen becomes the car’s brain, so drivers don’t have to use theirs. Instead, they can revel in the optional Meridian 17-speaker, 825 watt surround-sound system and enjoy the journey. Priced from $70,450, a fully equipped example tips the balance at about $87,000, but it looks and drives like it costs a lot more.