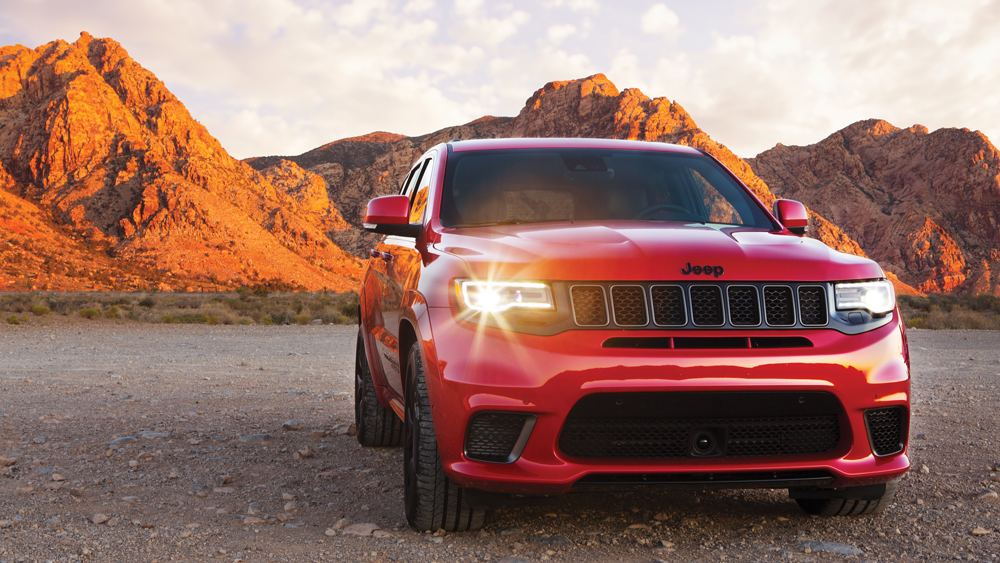 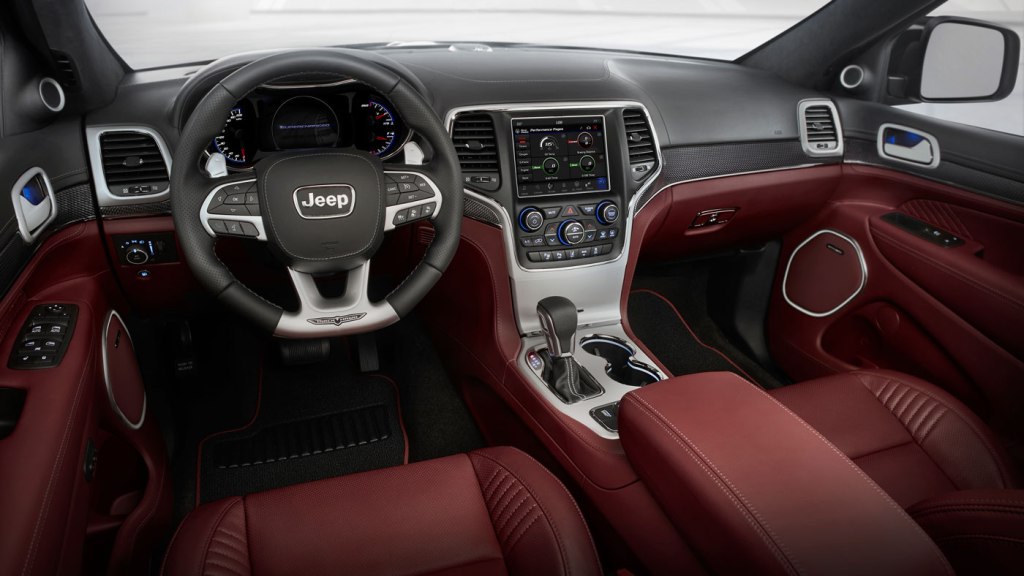 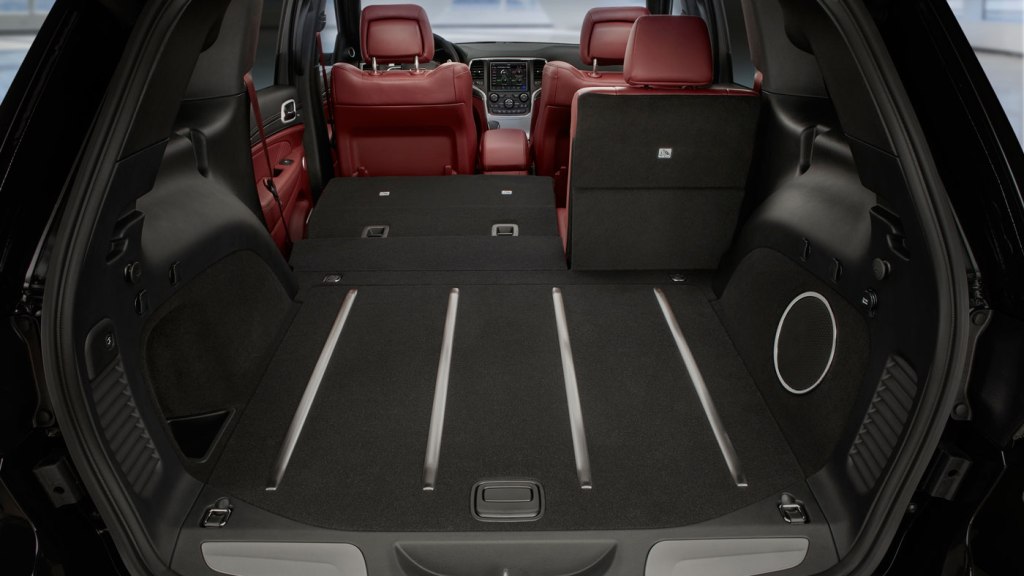 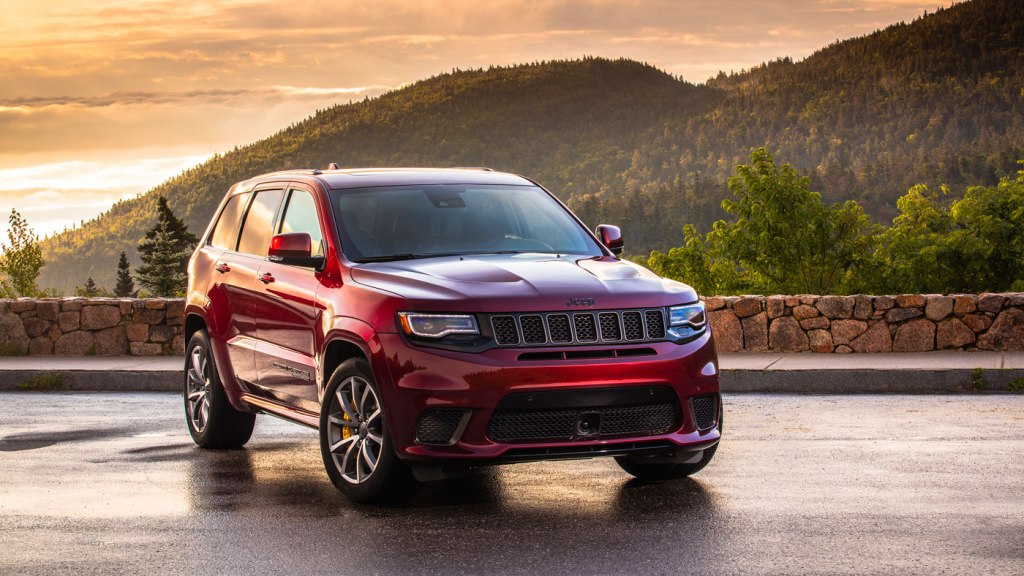 The Trackhawk's interior appointmnents are almost as enhanced as it's power train.

The high-performance Trackhawk provides plenty of room for toys.

The Trackhawk has five dynamic driving modes, including one for towing and another for snow.

This road-trip worthy vehicle was tested out firsthand so you know exactly what to expect from the 707 hp SUV when you hit the pavement.

The Grand Cherokee is a fine model, but too plentiful to be special. It’s that final appellation in this variant’s name—Trackhawk—that clues the speed-loving cognoscenti to its uniqueness. The folks at Jeep took their trusty SUV and planted Dodge’s 6.2 liter supercharged V-8 inside—the very same engine found in the fearsome Dodge Challenger Hellcat.

This gives the rather Clark Kent–like Grand Cherokee superpowers, to the tune of 707 hp, 645 ft lbs of torque, and a top speed of 180 mph. It is special enough to have garnered a spot in the 2018 Robb Report SUV of the Year competition. While it didn’t win, it has 107 more horses than the winning Bentley Bentayga, the next most powerful SUV in the contest.

It’s amazing how the endless horizon suddenly seemed more finite, snapping into focus as mountains appeared and then grew larger. The great clashing noise of the Trackhawk’s big, American-made motor sounded symphonic, more pleasing than anything on the satellite radio. Let’s just say that I covered some ground.

One of the most amazing elements about the modern high-power car is its ability to maintain a civilized composure at low speeds. The Trackhawk is no exception, as I discovered while pulling into a small town at a grandmotherly pace. I needed gas. “Where’s the closest station?” was a common question on the trip. The downside of this huge, supercharged engine is its unending thirst for petrol.

I maneuvered the vehicle down a gravel road to a lookout over a mountainside. I stepped out into the snow and trudged to the edge. The world opened in front of me, a massive bowl of white giving way to green in the distance, Colorado in all of its glory. The Jeep had brought me here. And it was fun. I’d chosen well after all.

Read more about the Grand Cherokee Trackhawk’s journey across the American Southwest.

The Trackhawk's interior appointmnents are almost as enhanced as it's power train.

The high-performance Trackhawk provides plenty of room for toys.

The Trackhawk has five dynamic driving modes, including one for towing and another for snow.