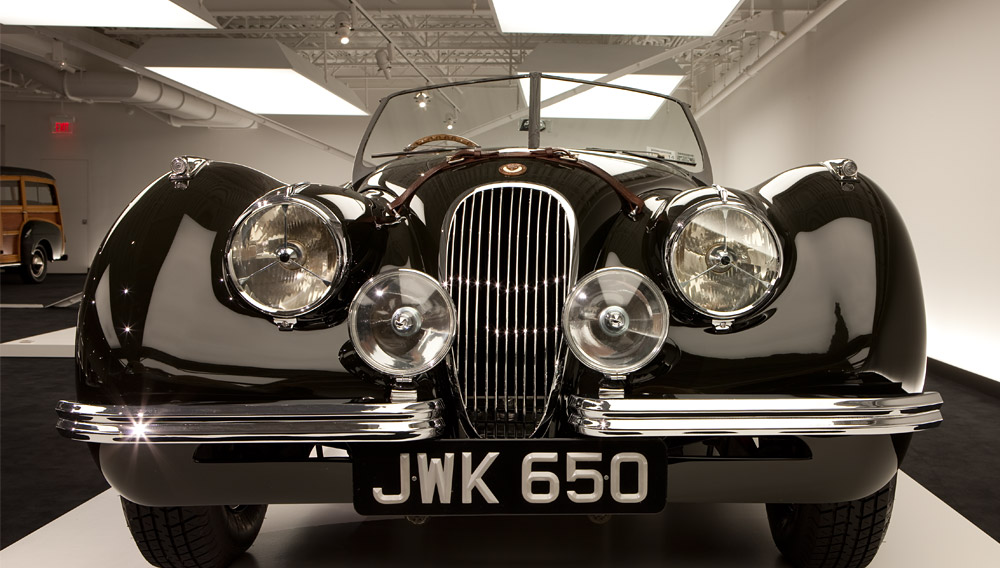 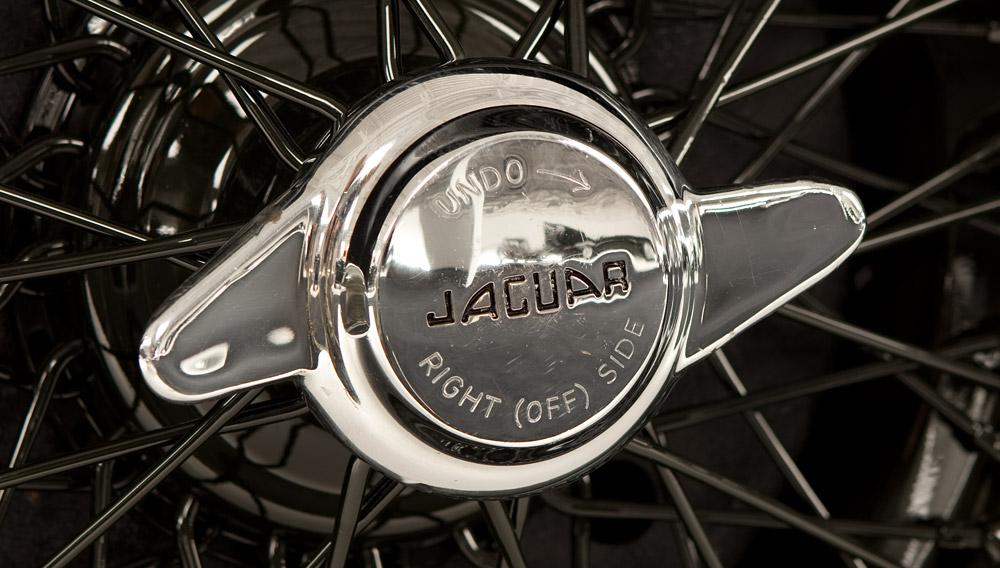 Jaguar’s new sports-car prototype caused such a sensation at the 1948 London motor show that the company rushed the model into production and ended up building more than 12,000 examples before discontinuing it in 1954. The number in the model’s name referred to its advertised top speed of 120 mph, though in test-drives the XK120 exceeded 130 mph, making it the world’s fastest production car when it debuted. Lauren’s car is one of the six aluminum-bodied examples that Jaguar built in 1950 for its racing team. It competed in the 1950 Mille Miglia and finished eighth.