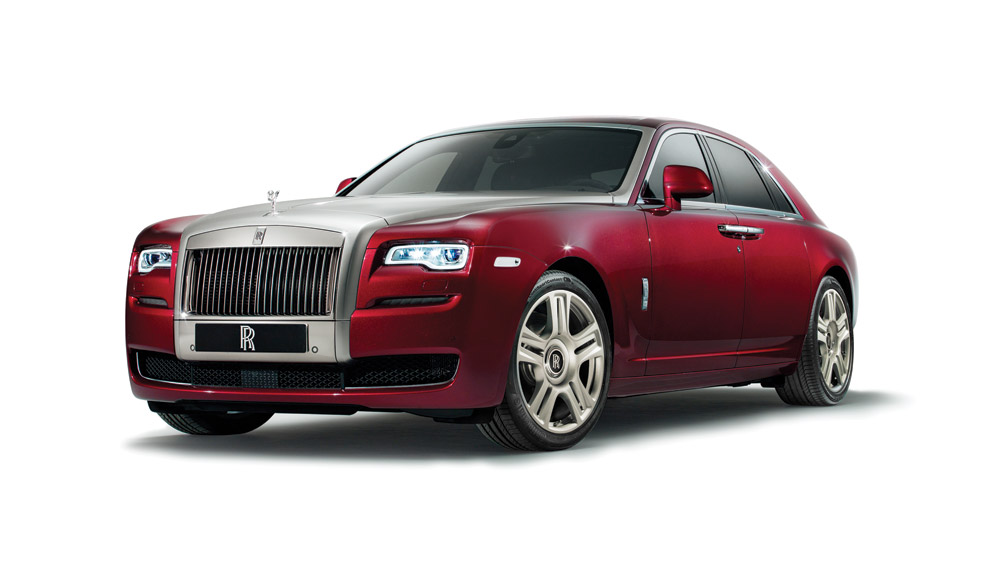 Perhaps the only time to fittingly apply the word subtle to the Rolls-Royce Ghost Series II (www.rolls-roycemotorcars.com) is when describing the redesign that it represents. The new Ghost is, as Rolls-Royce puts it, a “discreet and considered” update of the sedan that debuted five years ago. Offered in standard and extended-wheelbase forms, it will arrive by the end of the year and have a starting price of about $287,000. The new Ghost is equipped with the same 563 hp V-12 that powers the outgoing Ghost, and has a GPS-aided 8-speed automatic transmission that uses the car’s satellite-navigation system to automatically choose the correct gear for the road ahead. The new design elements include redesigned headlamps framed by LED running lights, a channel along the center of the hood, and an optional cabin configuration that angles the rear seats toward each other slightly “to create a more intimate setting.”