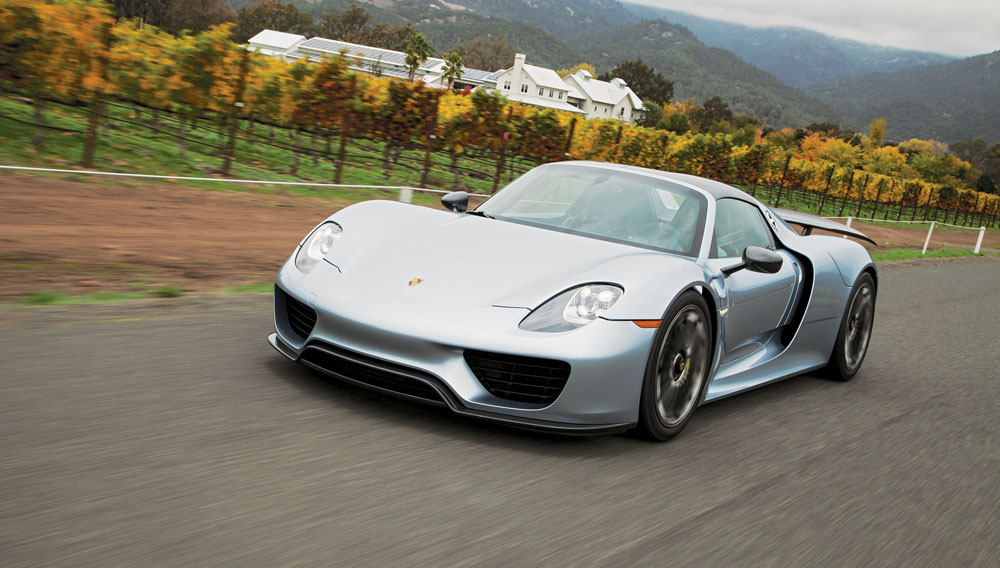 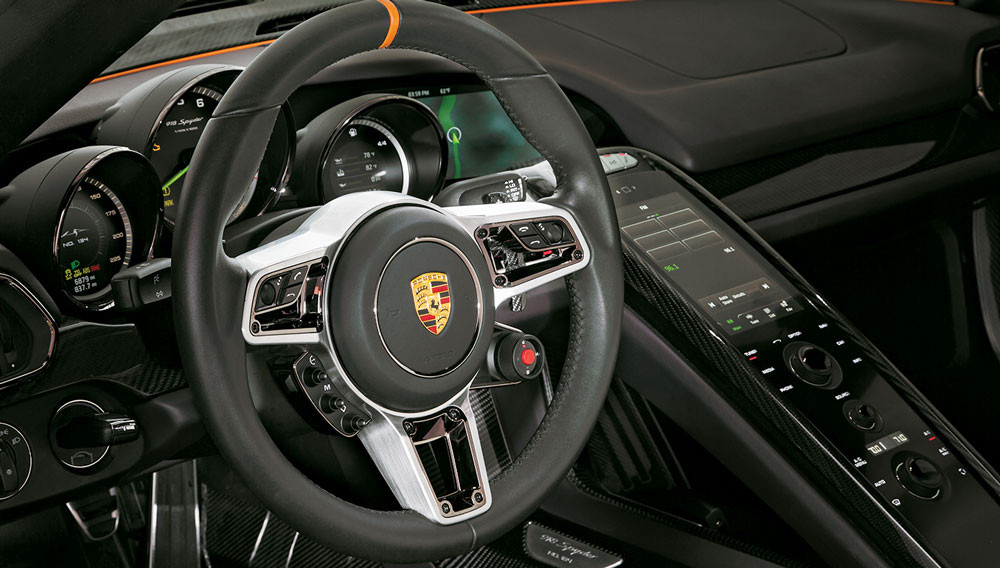 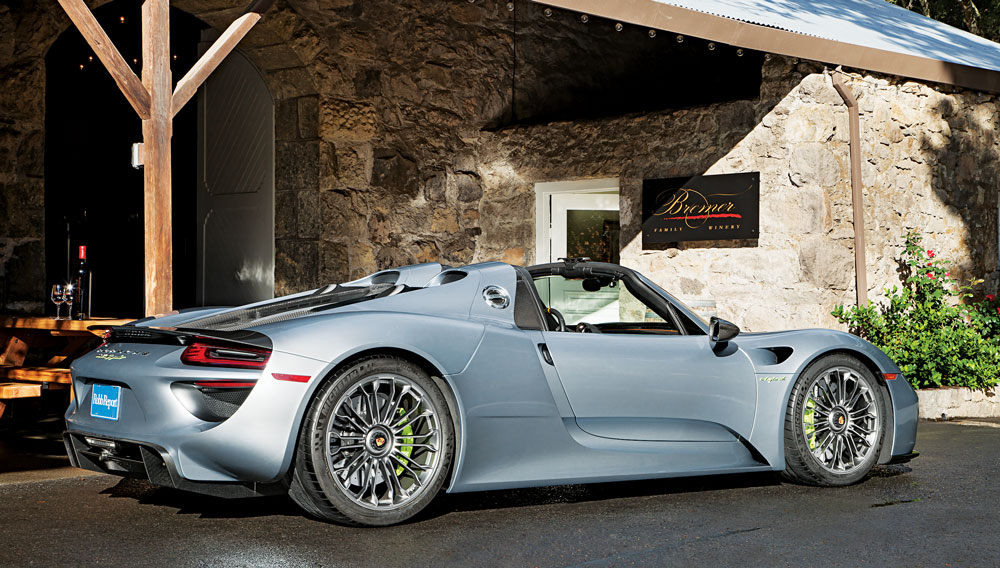 Click to see our Car of the Year feature, with exclusive photos and videos. >>

In a near photo finish, the 918 Spyder edged out the second-, third-, and fourth-place cars, each of which had vociferous proponents among our 139 guest judges. This is the rarest, fastest, quickest, and priciest production Porsche ever, and the most groundbreaking. The hybrid supercar develops nearly 900 hp from a 4.6-liter V-8 gasoline engine and two electric motors. They catapult the machine—initially in silence, until the V-8 kicks in—to speeds wholly inappropriate for public roads. But extreme performance is not the car’s only attribute. In fact, the 918 Spyder is docile at dawdling speeds, and it is as comfortable as any sports car. This is not to suggest that it could serve as a daily driver. It has little space for luggage, it rides very low to the ground, and the nick of a front spoiler is sure to cause the car’s owner to wince, if only because such an exquisite hand-built creation has been sullied. (porsche.com)

Hugh Jackman Is Back as Wolverine in ‘Deadpool 3’ With Ryan Reynolds, Coming in 2024