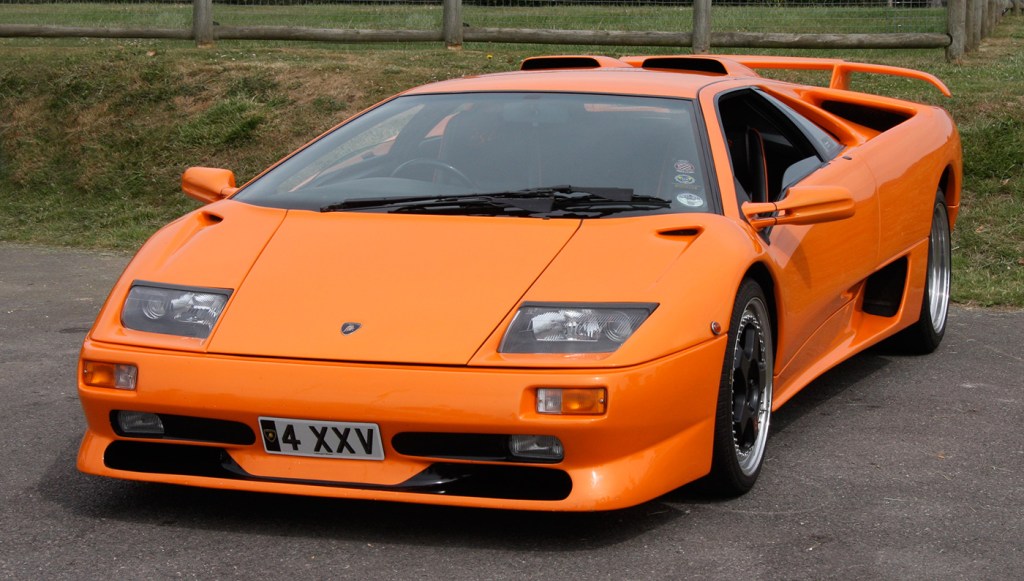 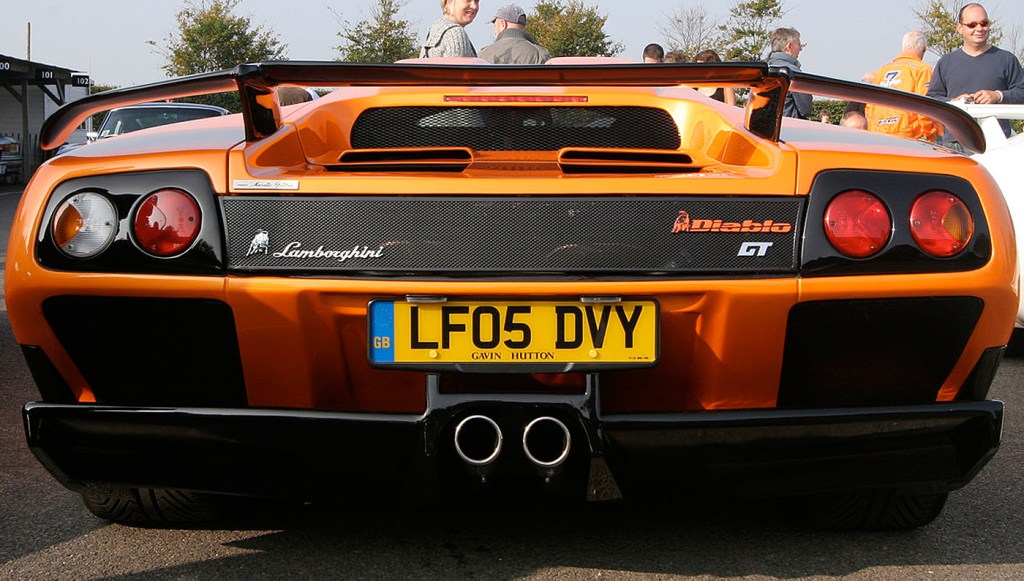 In need of a suitable successor to the Countach, Lamborghini conjured up a devil of a replacement in 1990—the Diablo. With the brand under Chrysler’s ownership at the time, the car’s original design by Marcello Gandini was reshaped by the parent company’s own Tom Gale. Not as angularly aggressive as the Countach, the Diablo more than made up in performance. Powered by a 492 hp, 5-liter V-12 (with 428 ft lbs of torque), the wicked road warrior could race from zero to 62 mph in 4.5 seconds and was the first model from the marque to break the 200 mph barrier (204 mph to be exact).

Named for a legendary bull that battled with strength and stamina, the Diablo featured a body of aluminum and composite construction built around a steel-alloy and carbon-fiber chassis. But it was a beast with inner beauty as evidenced by an interior that would eventually include a bespoke Breguet dashboard clock, a customized driver’s seat, and an Alpine sound system, as well as power windows and steering. Several later variations included a roadster, a track racer, and the first Lamborghini to feature all-wheel drive during the model’s approximately decade-long reign. 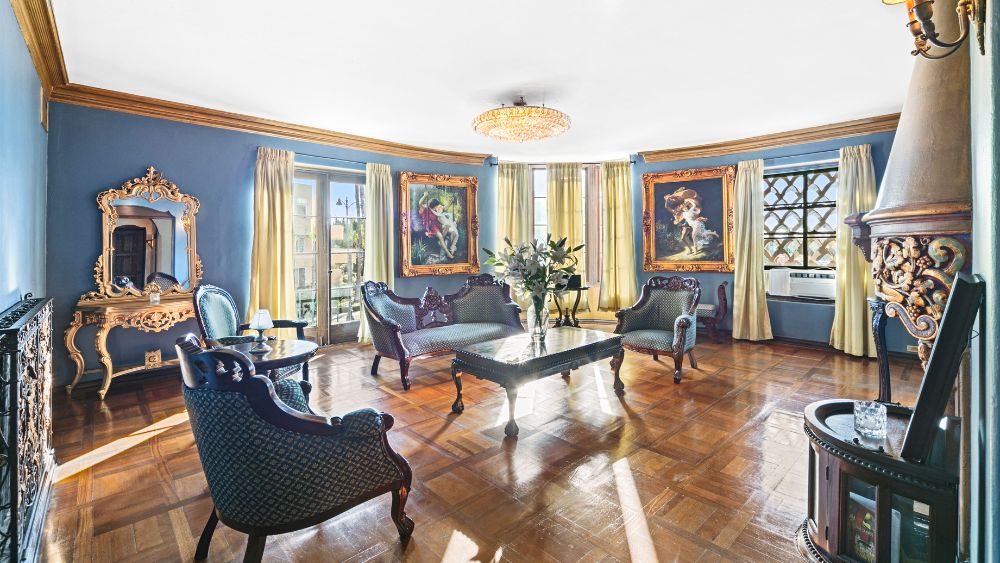