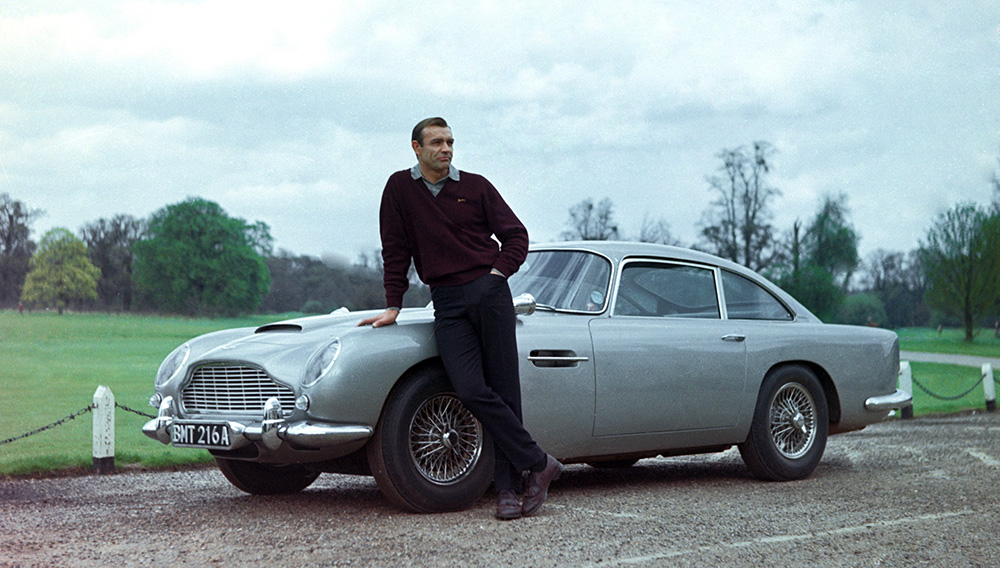 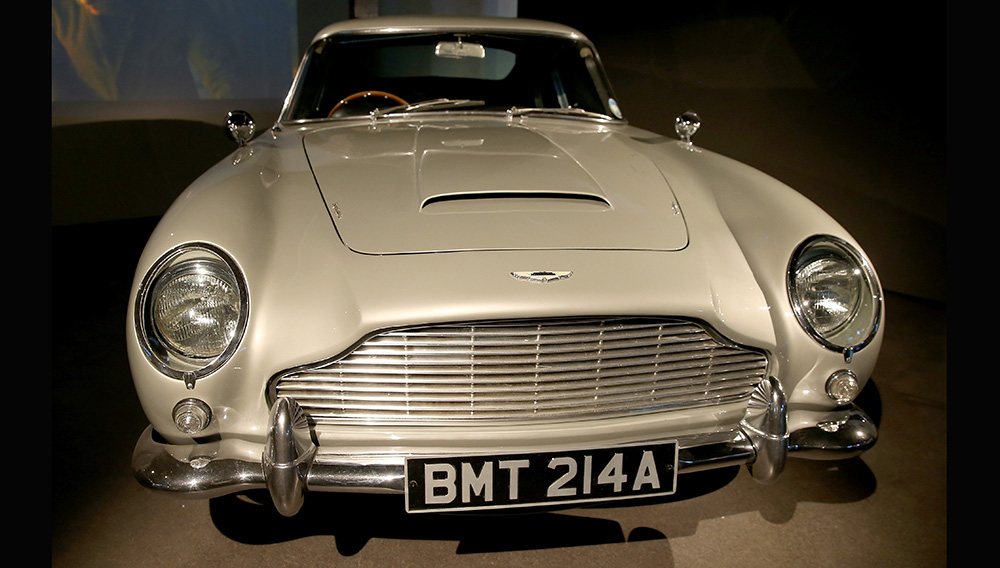 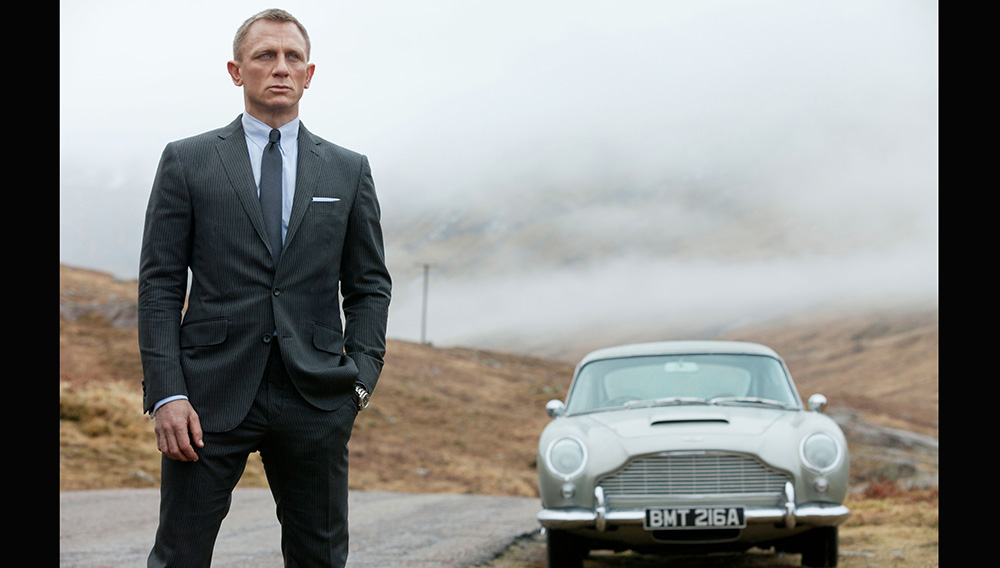 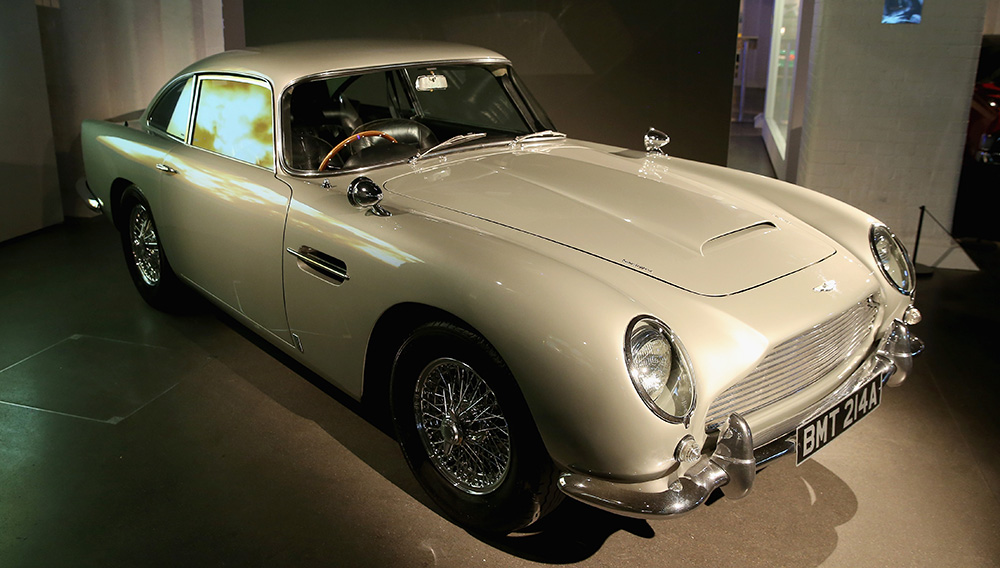 The marque most associated with Her Majesty’s Secret Service, Aston Martin has had six models featured in 12 of the 24 Bond films to date—beginning with the 1964 Aston Martin DB5 in the Academy Award–winning Goldfinger. The most iconic car of the franchise, the classic two-seat coupe featured an aluminum 282 hp, 4-liter, straight-6 engine—coupled with a 5-speed transmission—and was able to accelerate from zero to 60 mph in 8 seconds, reaching a top speed of 145 mph. Not part of the standard package, however, was its revolving license plate, bulletproof windshield, machine guns, oil-slick and smoke-screen devices, and, of course, the passenger-side ejector seat.

Two 1965 DB5s would be used during filming and would mark the start of Aston Martin’s 50-year relationship with Eon Productions and Bond. The DB5 would later go on to appear in Thunderball, GoldenEye, Tomorrow Never Dies, The World Is Not Enough, Casino Royale, and Skyfall.