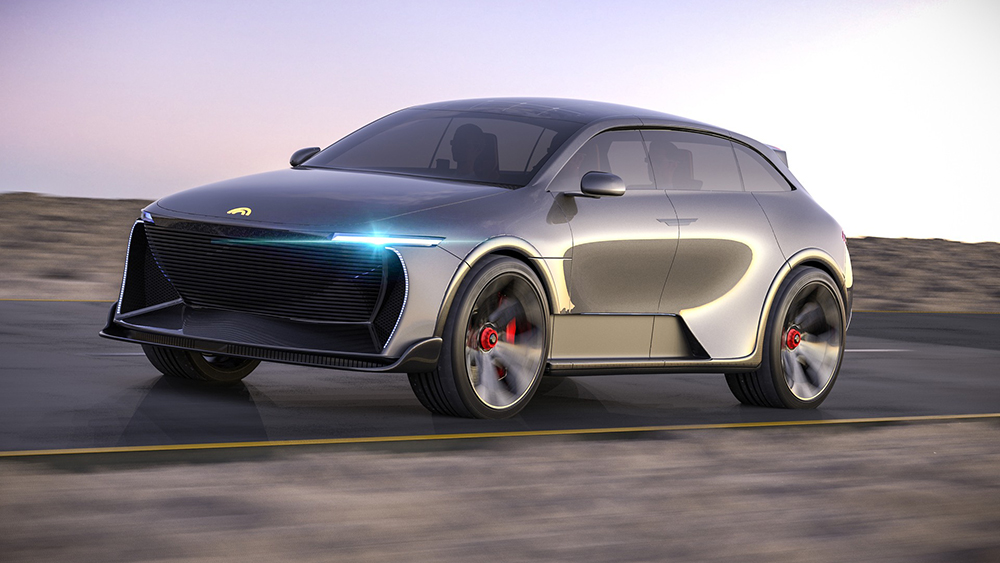 Californian start-up Humble Motors has just unveiled a new EV concept that will earn serious bragging rights if it comes to fruition. Billed as the “world’s first solar-powered SUV,” the Humble One is designed to run on energy captured from the sun for sustainable and self-sufficient cruising.

At first blush, the four-wheeler looks like a futuristic version of your average luxury crossover. What sets it apart, however, is the fact that it’s fitted with more than 80 square feet of highly efficient photovoltaic cells on the roof and windows. This setup is designed to supplement the battery pack and allow the car to cover more ground without stopping to charge.

Dima Steesy, who founded the fledgling automaker last year, told Robb Report the idea for the four-wheeler stemmed from a self-diagnosed case of “range anxiety.”

“I live in Los Angeles and previously had a Tesla Model S,” Steesy shared via email. “Because there was no charger at my apartment building, I was constantly concerned about how much range I had left.”

While Steesy stresses that all specifications are calculations that have not yet been tested, Humble One is expected to have a not-so-humble range of 500 miles when running on the internal battery. Furthermore, the vehicle will be able to replenish up to 60 miles of range during the day thanks to the solar panels. This means you can effectively re-juice while you’re out and about without having to rely on charging stations that are in increasingly high demand. (Of course, standard AC and DC charging options will be available, too.)

The four-door, five-seat SUV has also been engineered to be as lightweight and aerodynamic as possible to further increase efficiency. It measures 198 inches in length, roughly the same as Tesla’s Model X. However, it weighs just 4,000 pounds, which is over 1,000 pounds lighter than its competitor.

The SUV has a touted top speed of 155 mph.  Humble Motors

In terms of performance, Humble One is expected to have a peak power output of 1,020 hp and a top speed of 155 mph. It also has an estimated drag coefficient of 0.25 that will enable it to accelerate from zero to 60 mph in just 4.9 seconds. For context, the Plaid Model X has the same peak power output for a top speed of 163 mph and can sprint to 60 mph in 2.5 seconds.

“We believe that solar is the next step in mobility and that Humble Motors will be at the forefront of it,” Steesy adds.

Humble One will start from $109,000, excluding taxes and options. Manufacturing is scheduled to begin in 2024 and Humble Motors is now accepting non-binding $300 reservations. Deliveries are set to begin in 2025.

Check out more photos of Humble One below: