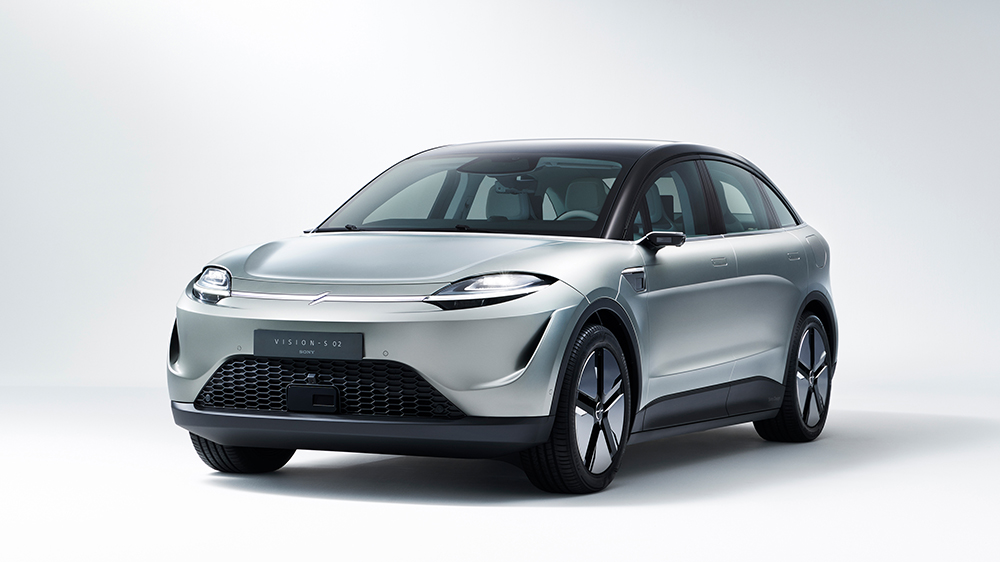 It would appear Sony is serious about getting into the EV business.

The Japanese electronics giant just unveiled its second battery-powered concept vehicle, the Vision-S 02 SUV, at CES 2022. But that wasn’t the only EV-related news the company brought with it to the trade show: It’s also starting a mobility division.

The Vision-S 02 may be a prototype, but it already looks production ready. The compact SUV looks similar in both shape and size to the popular Tesla Model Y. It does feature a more sculpted body, though, with molded hood, side panels and rear. Those flourishes, along with a bold lighting package, two-tone color scheme and aerodynamic 20-inch wheels give the vehicle a lot more character than you’d expect from a company best known for its TVs and audio equipment.

Inside, you’ll find a massive dashboard-spanning infotainment screen upfront just like in its predecessor, the Vision-S 01 sedan. It looks as if it is made up of three separate displays, unlike Mercedes-Benz’s seamless MBUX Hyperscreen, but is still pretty nifty. Even more intriguing, though, is multiple seat configurations in the rear. You can either go with the four-person setup, which features two large captain seats in the rear, or the seven-person setup, which features two seats and a rear bench for three in the cargo area. That’s a lot of seating for a relatively compact vehicle.

The SUV will be powered by an all-electric drive unit that features two motors, which are capable of producing 268 hp each, reports CNET Roadshow. Sony hasn’t said anything about the vehicle’s battery size or range, but it did reveal that the vehicle will be loaded with plenty of high-tech features. Among these are a slew of sensors all over the vehicle, including CMOS image and LiDAR sensors for the vehicle’s Level-2 driver assistance system, according to Gizmodo. There’s also 5G connectivity which will allow for over-the-air updates and remote operation.

Although it is just a concept, it appears you may actually get to see the Vision-S 02 on the road in the future. The electronics giant announced the formation of a new division called Sony Mobility, which will “explore entry into the EV market,” according to a press release. It sounds like the company is really serious about this, too, as the Vision-S 01 has been undergoing road testing since last year.

Tesla’s position atop the EV heap isn’t at risk, but it seems like there could soon be another company it needs to keep an eye on.

See more photos of the Vision-S 02 below: