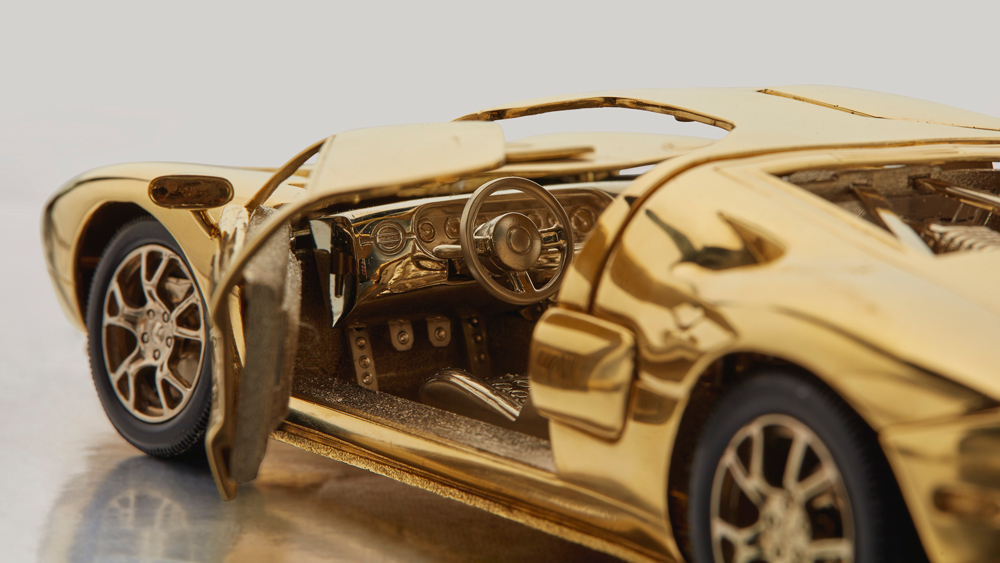 Matchbox car fans and speed freaks will have a once-in-a-lifetime opportunity acquire the ultimate trophy for their personal collections: A solid gold 2006 Ford GT is being offered by Sotheby’s in a single-lot sale that runs online November 23 through December 3. Commissioned by a descendent of Henry Ford to commemorate the centennial of the Ford Motor Company, the unique miniature car is made entirely of two-toned 18-karat gold save for its functional rimmed rubber radial tires.

“Cast in numerous parts and intricately assembled, the 1/25 scale model encourages viewer engagement,” says Catherine Becket, a senior vice president and head of magnificent jewels sales for the house, adding that the tiny car doors open and one can easily pop the hood and engine compartment to inspect their highly detailed interiors.

“The GT has been a highly sought-after modern classic ever since the first example rolled off the Ford production line in 2004,” says Ian Kelleher, chief marketing officer of RM Sotheby’s. With only 5,000 vehicles built, he explains, the 2006 GT design pays homage to the legendary GT40, a model that achieved four consecutive Le Mans victories from 1966 to 1969. “Sharing nearly every crease and line with its historic predecessor, the 2006 GT was conceived to evoke grand images of Ford’s most triumphant moment for any gearhead in the know,” he says. “Just like the original racer, the new GT had to be a world-beater, but most importantly, it had to break Ferrari’s six-year hold on the famed 24-hour race by besting the team from Maranello.” 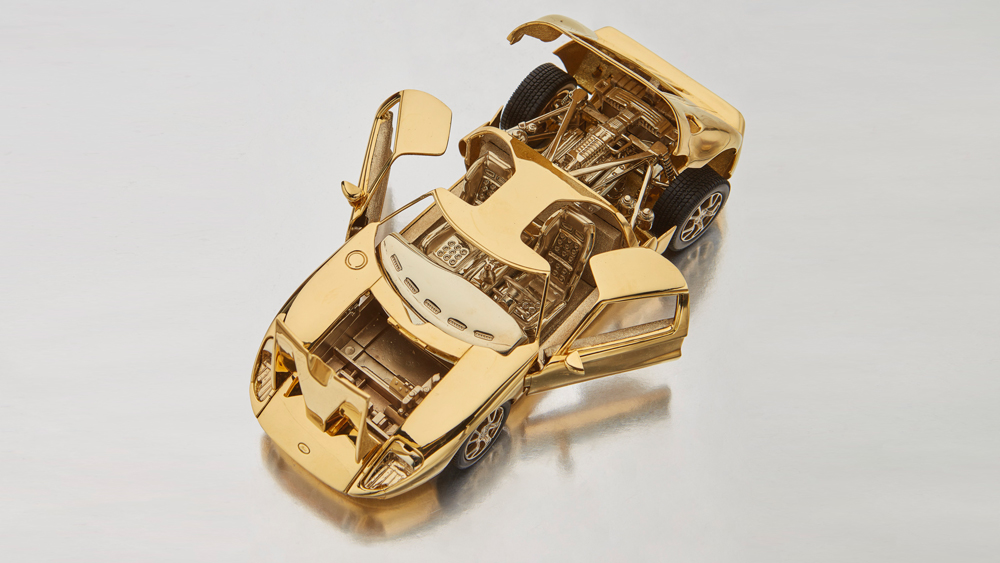 “If your blood runs Ford Blue,” Kelleher adds, “there can be no cooler or more unique scale model collectable than this, which is a true one-of-a-kind.” The 7.25-inch-long model carries a presale estimate of $30,000 to $40,000—a sum that is considerably less than the asking price for a new Ford GT, which starts at $450,000. After its latest release in October, the latter has already garnered a long waiting list for the 350 cars built.