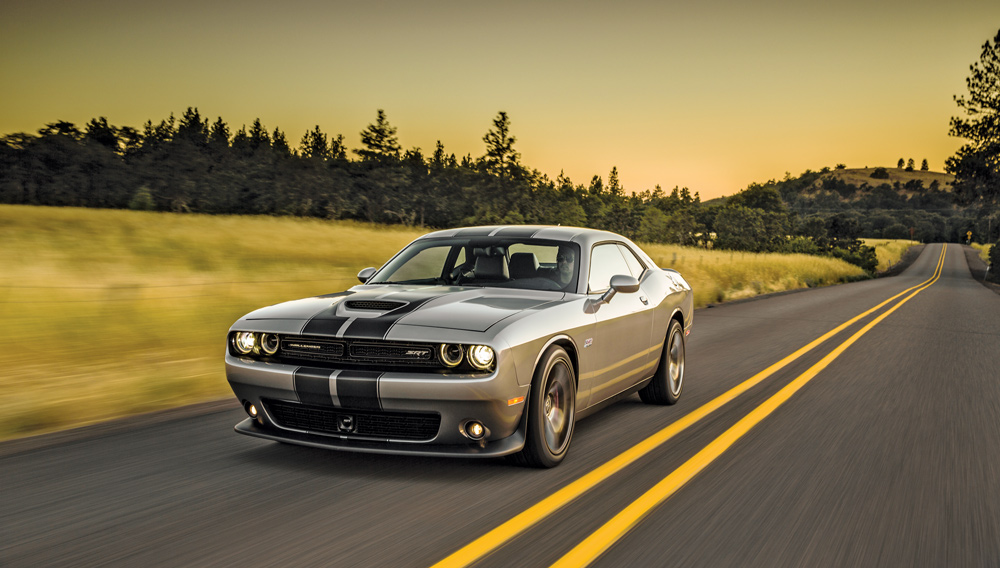 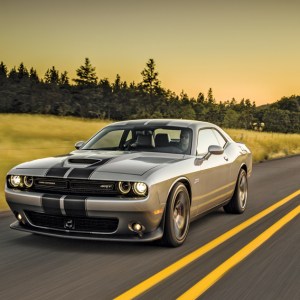 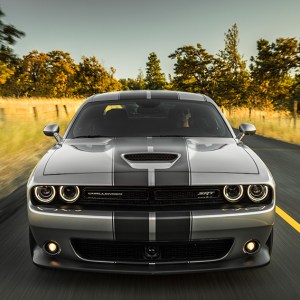 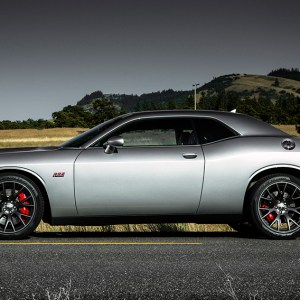 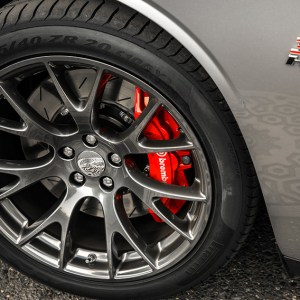 Much like swinging a sledgehammer or devouring a 32-​ounce porterhouse steak, driving an honest-to-god muscle car can satisfy a primordial urge. The new Dodge Challenger SRT Hellcat did the trick in August, addressing my desire to move fast and make noise en route from Los Angeles to the Monterey Peninsula for the annual car-week festivities.

SRT, Chrysler’s high-performance division, bills the Hellcat as the fastest and most powerful muscle car ever. The sedan’s rumbling 6.2-liter Hemi V-8 develops 707 hp and 650 ft lbs of torque, enabling a zero-to-60-mph time of about 3.6 seconds and a top speed one tick shy of 200 mph. Its straight-line performance is especially impressive considering that its frontal aspect is as wide as a bull rhino’s and its weight is nearly 4,500 pounds.

Purists may prefer the 6-speed manual transmission, but the optional 8-speed Torqueflite automatic with paddle shifters is quicker, taming any obstreperous manners while seamlessly upshifting or downshifting without fanfare—except for the display-of-speed soundtrack that comes when the rear tires lock up to the pavement.

The Hellcat’s design references the circa-1970 Dodge Challenger and Plymouth Barracuda, both American muscle-car icons that look as good now as they did in their heyday. Like those models, the Hellcat lacks visual gimmicks and gratuitous embellishments. Still, my bright ruby-red model attracted lots of attention on the way to Monterey. Gardeners in pickup trucks and Ferrari drivers alike gave thumbs-up and nods, perhaps recognizing the supremacy of the Hellcat from a discreet emblem on each front fender—one of a few design elements that distinguish this monster from the V-6-powered base-model Challenger.

While the fire-breathing 426 Hemi-powered Mopars of yore were built to go fast in just a straight line, the Hellcat acquits itself as a serious sports GT that is equally suited to the nearly 300 highway miles between L.A. and Monterey and the twisting back roads leading to and from the peninsula.

The Hellcat is priced at nearly $65,000, which is high for a Chrysler. However, this rare version of the Challenger is engineered and built to perform at levels usually associated with more exotic—and far more expensive—machines. It also is spacious and can be a comfortable and docile driver, excellent for making road trips and even enduring freeway rush hour. The sport seats, optionally upholstered in napa leather and Alcantara, are snug and supportive. The rest of the interior is uninspired, but this is because the Hellcat’s engineers put the driver’s money where it counts: into the car’s performance.