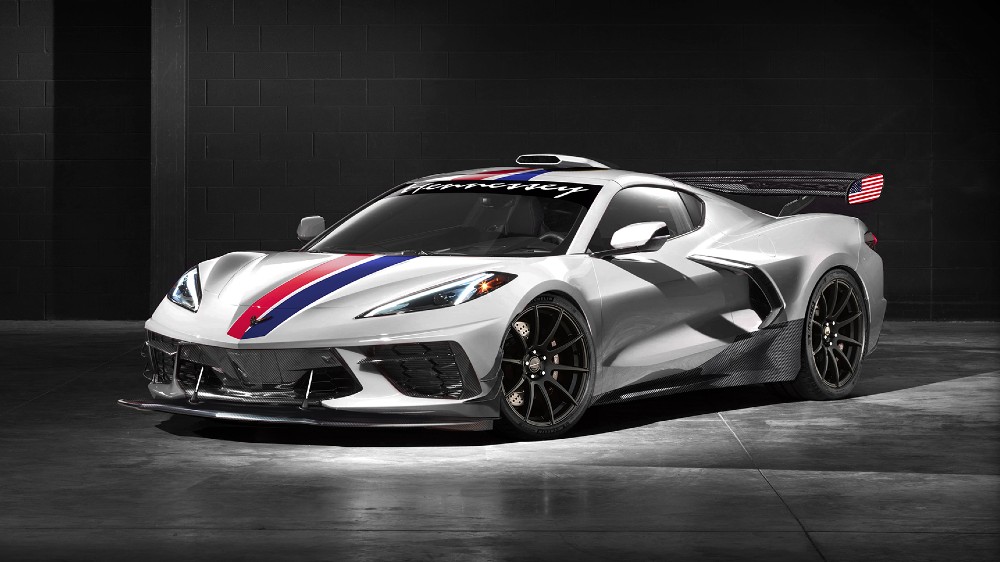 When it arrives in Chevrolet dealerships early next year, the highly anticipated new Corvette C8 Stingray will offer a single engine—a naturally aspirated LT2 6.2-liter V-8. And while that powertrain packs plenty of oomph, Hennessey Performance Engineering is here for the speed freaks who crave—nay, need—even more power from the first mid-engine version of the iconic American sports car.

The Texas-based tuning company has announced that it’s now accepting orders for a modified version of the eighth generation Corvette that will boast up to 1200 horsepower. Of course, if you think that figure is wholly unnecessary, the company is also more than willing to bump up the stock Stingray’s 495 hp a fraction of that amount.

“We expect the new C8 Corvette to be an excellent platform from which our clients can further personalize their cars, which obviously includes adding more power and performance,” said company founder John Hennessey. “Over the past several months we have had hundreds of inquiries from C8 buyers wanting to know what we will be offering for the new Corvette.”

So how exactly does the company more than double the Stingray’s power? By outfitting the C8 with a twin-turbo engine, of course. Hennessey’s “specially built” LT2 V-8 will be fitted with forged aluminum pistons with a 10.0:1 compression ratio and forged steel connecting rods, all of which is mated to an “upgraded and fortified” factory dual-clutch transmission. That transmission is an automatic, however, so stick-shift loyalists will have to look elsewhere for their dream C8.

Pricing for Hennessey’s C8 hasn’t been announced yet, but its customer interest form asks for a prospective budget and gives a range between $5,000 and $35,000-plus. That figure would presumably be added to the Corvette’s $60,000 starting price. If you’d rather wait for a more powerful but officially sanctioned version of the C8, Chevy has already said a ZR1 variant with 800 hp is on its way.