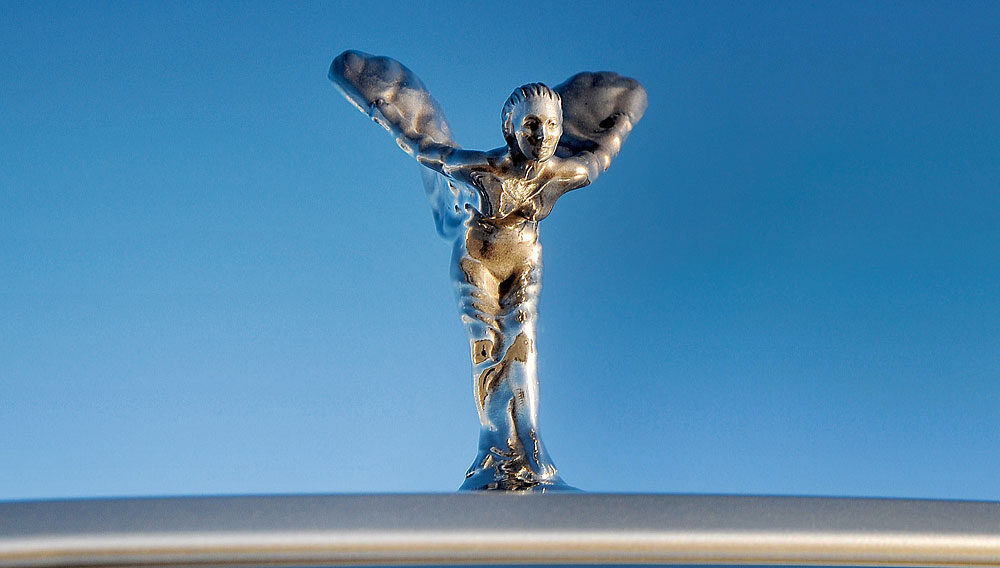 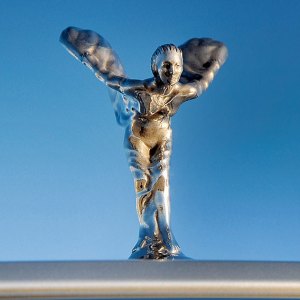 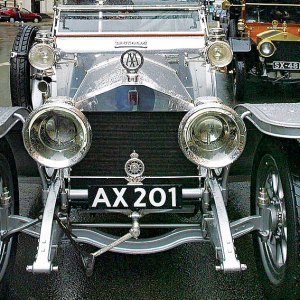 After a 103-year hiatus, the Ghost model name has reemerged at Rolls-Royce. The original Silver Ghost was the first series-produced car from the factory at Derby, England, which was the primary Rolls-Royce facility until the Crewe factory became the company’s home in 1946. During a two-decade production span, the early Ghost established standards in quality, engineering, comfort, and elegance unmatched by the products of rival manufacturers. From its classic radiator shell—whose basic form remains a company hallmark—to its smooth, sophisticated powerplant and graceful body shape, the Silver Ghost embodies the essence of the Rolls-Royce marque.

Interestingly, only one officially recognized Silver Ghost existed until a year before the model was replaced. Named by Rolls-Royce’s then commercial managing director Claude Johnson for its aluminum paintwork and German silver-plated trim, that vehicle bore the famous AX 201 registration number. All others of its kind through 1925 were referred to as “40/50” Rolls-Royces. No showroom cream puff, AX 201 was used for regular transport, as well as durability runs, and survives in fine condition to this day.

Perhaps the most impressive proof of the Ghost’s durability came during World War I, when 40/50 chassis were fitted with crude armored coachwork and dispatched to the Middle East for use by the British forces there. The 40/50s adapted successfully to their wartime role, which was diametrically opposed to the more leisurely one for which they were designed. In fact, the legendary T.E. Lawrence (Lawrence of Arabia) is said to have remarked that his postwar dream was to have a “Rolls-Royce with enough tires and petrol to last me all my life.”

The history of the original Silver Ghost proves that the luster of a classic, enduring motorcar extends far beyond paint and plating.