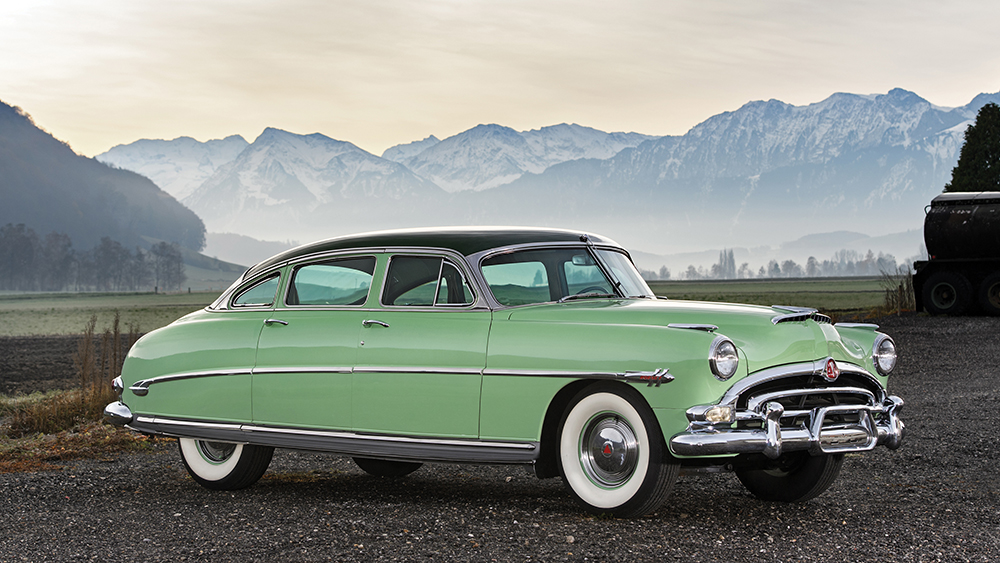 Steve McQueen was a rabid gearhead who happened to make his living as an actor. Unsurprisingly, his passion weaved its way into his profession often and spectacularly. From Bullitt to Le Mans to The Great Escape to The Thomas Crown Affair, McQueen consistently served up automotive greatness on the silver screen.

In his personal life, the King of Cool wasn’t interested in amassing a collection of garage and trailer queens. The man used his wealth to purchase machines that would consistently see racetracks, and he spent his free time with them, chasing that ten-tenth. Throughout his life, he snapped up fascinating Porsches, a trio of Ferraris, a one-of-sixteen Jaguar XKSS, and two Hudson Hornets, one of which is the rare metallic and surf green combo you see here. And it’s about to go under the hammer for a second time in a decade.

The Hornet first popped up at the RM Sotheby’s Monterey auction in 2012, where it sold for $61,000. That owner got one special set of wheels. The 1953 Model 7C has a 308 cu in valve-in-block flathead straight-six, with dual Carter single-barrel carbs, a Hydramatic automatic tranny, an independent front suspension with coil springs, a live rear axle, and drum brakes all around.

It’s likely McQueen chose this particular Hornet for a few reasons. The way the body was mounted on the chassis gave it an attribute that also lowered the center of gravity. That fact made it a stellar NASCAR option, and Hornets dominated the stock car tracks, especially with a souped-up “Twin H-Power” engine setup—with a higher compression ratio and those dual carbs. That spec could see well over 200 hp, and McQueen liked to put the hammer down.

Lastly, when McQueen picked it up in 1977, it had been in the same family for 25 years. McQueen had the engine rebuilt while it was under his care, and the chrome refinished, but much of the car is still original, and it still looks damn handsome. Now, the 2012 buyer is ready to part ways and is looking for a serious return on his investment. The reserve is set between $100,000 and $200,000 when the Hornet crosses the block at the RM Sotheby’s Fort Lauderdale auction later this spring. While it’s unclear if that high ask will be met, the prospective winner will walk away with one other neat item: the very license plates McQueen used throughout the ’70s.