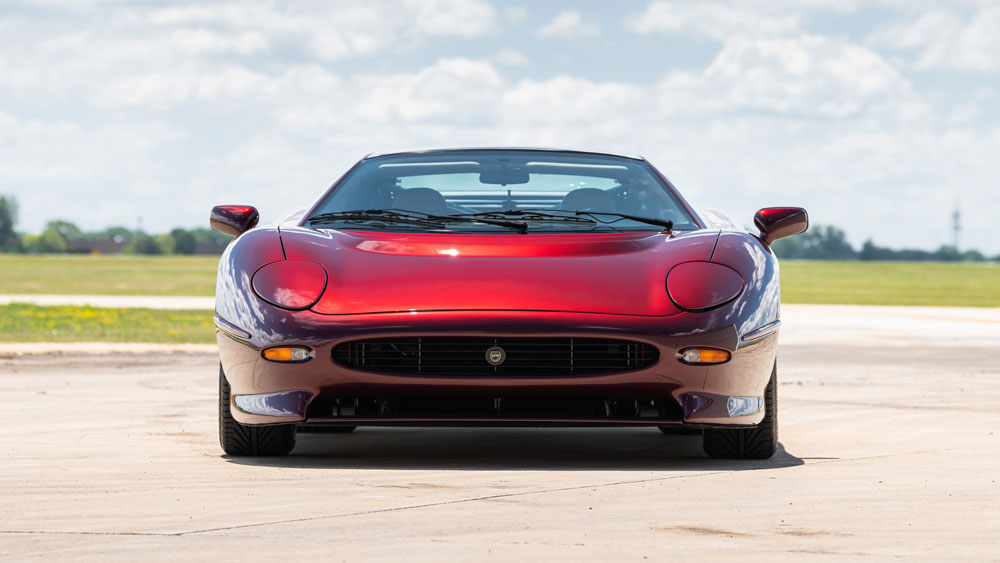 Classic-car auctions presented by the likes of RM Sotheby’s and Barrett-Jackson have long been a pillar of the automotive collector market, but those auction houses may soon represent the old guard. The next generation of auction platforms are online and, as evidenced by Bring a Trailer, have skyrocketed in popularity and influence over the past decade, leading to the founding of similar sites like Doug DeMuro’s Cars & Bids and, now, the recently launched Stratas Auctions.

With the first batch of automobiles that Stratas Auctions is showcasing on launch, it appears the site will be leaning more on the Radwood era (1980 through 1999) of automobiles that’s been all the rage with car enthusiasts in recent years. Among the first six vehicles featured, four are from that time period and include a 1981 Porsche 924 GTR, a 1981 Renault R5 Turbo, a 1989 Nissan 300ZX Turbo IMSA GTO and a 1993 Jaguar XJ220. Rounding out the initial round of featured lots are a custom 1963 Ford Thunderbird (on air suspension) and an incredibly maintained 1977 Volkswagen Beetle with only 124 miles on it.

Two of these examples have impressive racing provenance. The unrestored 924 GTR (one of only 19 built), for instance, raced at Daytona and Sebring, and also led its class at Le Mans in 1982 until one of its wheels fell off. The 300ZX’s competition history is even more impressive, with four wins and 16 podium finishes. Still in ready-to-race condition, the Z comes with a spare engine and, according to Stratas, is the first 300ZX of this type to be offered for public sale.

A 1977 Volkswagen Beetle with only 124 miles on the odometer.  Photo: Courtesy of Stratas Auctions Inc.

If you’re going to start a new car auction site, it certainly doesn’t hurt to kick things off with an icon of 1990s bedroom poster art, the Jaguar XJ220. This particular vehicle only has 1,815 miles on the clock, and is No. 237 among the 281 examples that Jaguar built of the halo model.

This 1981 Renault R5 Turbo is sure to rally online interest.  Photo: Courtesy of Stratas Auctions Inc.

The Renault R5 Turbo, meanwhile, is dripping in 1980s rally car, mid-engine, hot-hatch fashion. That interior alone is enough reason to sign on the dotted line.

Stratas calls its new venture “revolutionary,” but that remains to be proven. From what we’re seeing so far, this appears to be the latest in a wave of new auction sites that all follow in Bring a Trailer’s footsteps. We wonder how many more like this will roll out in the next few years. At any rate, who can argue against a new destination for car connoisseurs to buy and sell—or just salivate over—contemporary classics.