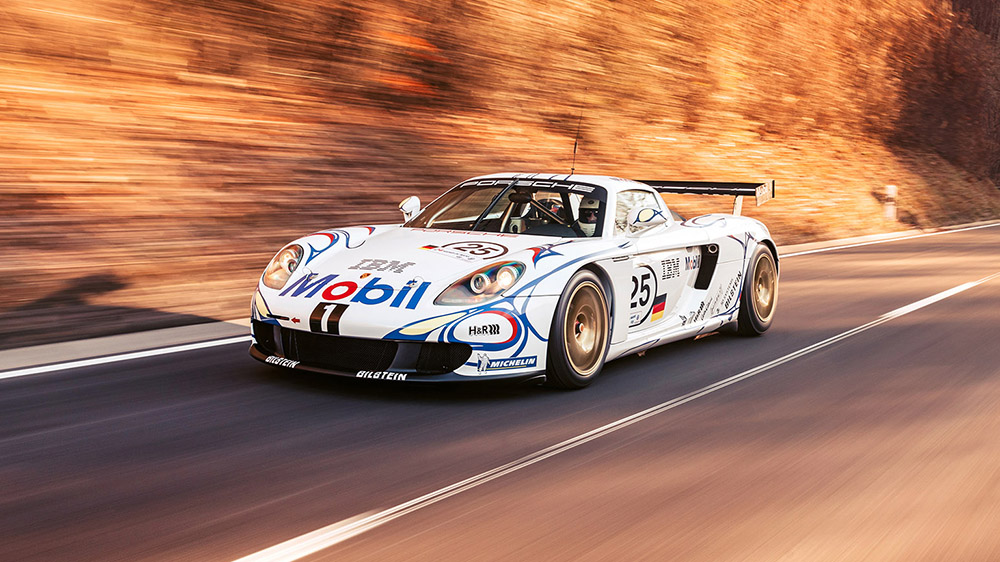 Although Porsche always intended to use the Carrera GT’s chassis and engine for a Le Mans car, it never got around to building a racer based on the powerful vehicle. Thankfully, one particularly adventurous customer did, and now that car is going up for sale.

A specially commissioned 2005 Carrera GT-R was just posted for sale by Germany custom specialists Mechatronik. Making the one-of-a-kind racer even more intriguing is that it’s also street-legal, meaning you could drive it straight from the track to your garage, if you were feeling particularly bold.

Despite being road legal, the Carrera GT-R is a race car at its core. And its original owner spent nearly $270,000 turning Porsche’s V-10 supercar into just that, according to Mechatronik. As part of the pricey conversion, which was handled by Belgium-based GPR, the car was outfitted with a Motec control system, a bespoke wishbone and pushrod suspension, a brake system from AP Racing and a motorsport-spec fuel system. Thanks to these modifications, GPR was able to boost the output of the car’s 5.7-liter V-10 from 612 horses to 650.

Having sunk so much money into converting the Carrera GT for the track, it’s no surprise that the original owner intended to race the car. Unfortunately, regulation changes kept the racer from entering the World Endurance Championship. One unintended—but welcome—consequence: The car has a relatively low 1,243 miles on the odometer.

If you’ve ever wanted a car equally suited for head-turning weekend drives as a day at the track, it’s hard to think of a better option than this Carrera GT-R. Prepare to spend big, though. The asking price for the street-legal Porsche racer is $1.04 million.