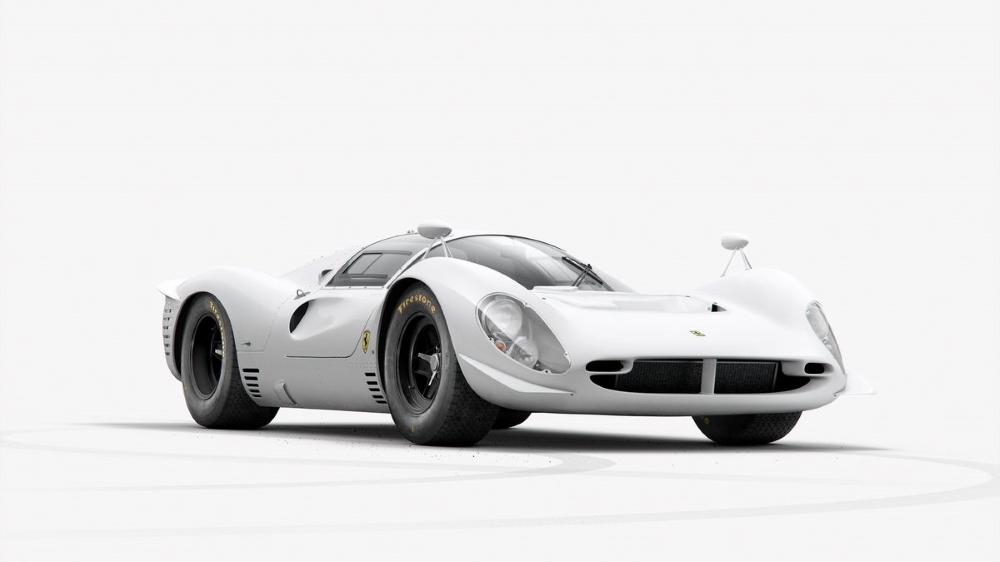 How do you improve upon one of the world’s most beautiful supercars? Give it the Dieter Rams treatment. At least that’s what creative studio Ink has done with its latest riff on the iconic Ferrari 330 P4.

The London-based outfit has just released a series of three-dimensional renders depicting a striking, stripped down take on the renowned race car.

Produced a total of three times, the P4’s hand-beaten panels are customarily finished in Rosso Corsa or Piper Green paint. Here, as a tribute to the acclaimed industrial designer, the Ferrari has been paired back and dressed in crisp white so its elegant lines can be appreciated in all their glory.

“Stripped of its traditional red coachwork paint, these CGI images celebrate functional form and uncomplicated art direction,” the studio said. ‘“We present the P4 as an object of beauty, its curves forever victorious.”

With its masterfully sculpted form, the P4 is considered by many to be the most beautiful car of all time. But it’s also remembered for a historic loss: After winning first, second and third place at Daytona in 1967, the racer was beaten by the thunderous Ford GT40 at Le Mans that same year. Of course, the car still looked glorious while suffering defeat, thus Ink titled this project The Beautiful Loser.

The Beautiful Loser is the latest addition to the studio’s Plain Bodies series, in which historic race cars are freed from “their period liveries” and reimagined in a monochrome palette. From a Porsche 911 and 917 to a Jaguar D-Type, the studio has captured a spate of celebrated vehicles with their plain bodies against an ethereal white backdrop to highlight their design.

The best part? Not only are the designs immortalized forever digitally, but they are also available IRL. Ink is offering limited-edition prints via Etsy at just $60 a pop—the perfect addition to any garage.

Check out more photos of the Ferrari below: