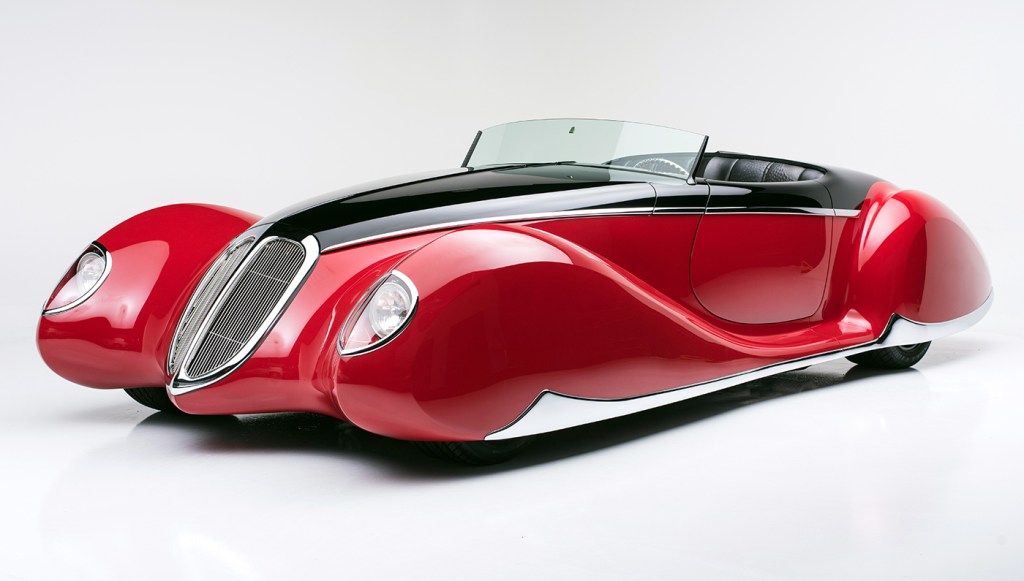 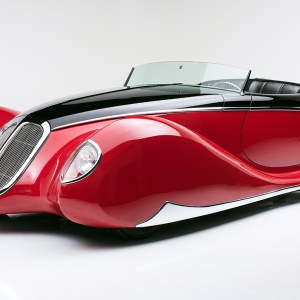 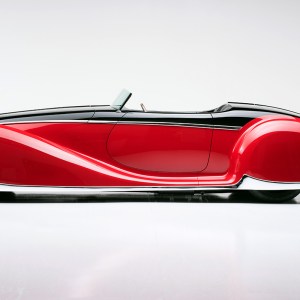 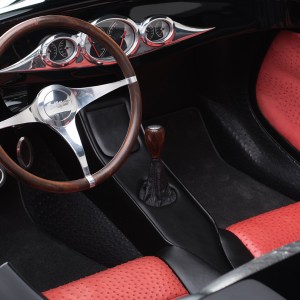 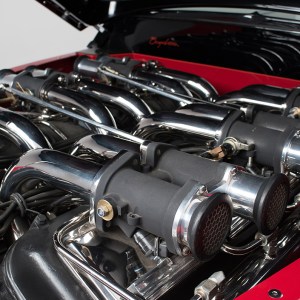 From January 23 through 31, Barrett-Jackson’s 45th Anniversary Auction will give motorsport mavens the opportunity to become part of the provenance of several regaled racecars, roadsters, and coupes. Held at the WestWorld events center in Scottsdale, Ariz., the celebratory sale will feature iconic cars with storied race careers in the United States between the 1940s and ’60s, as well as models with cutting-edge coachwork of the day.

Among the legendary lots will be the 1959 Chevrolet Corvette MKIII, more famously referred to as the “Purple People Eater.” Named for its visually impactful paint job, the colorful Corvette left an indelible impression when it took first place in that year’s Sports Car Club of America (SCCA) National Championship (for the B/Production class). In 1974, the 290 hp prize was picked up by Carlisle Events promoter Chip Miller and automobile restorer Ken Heckert at a swap meet for $800. Of NASCAR notoriety, a Chevrolet 150 “Black Widow” (one of six factory-backed racers) will surely entice attendees. Entered in the 1957 Virginia 500 at Martinsville, it was named the victor after the race was ended early when two other cars collided, injuring spectators. Also competing for attention will be the Kurtis Kraft KK2000 Race Car driven by Sam Hanks that participated in the 1949 Indianapolis 500. Despite four more subsequent appearances at that race, the car was never involved in a crash and went on to win the 1983 Santa Barbara Concours due to its prime condition.

Along with the roster of racers, however, will be other exquisite examples of automotive excellence, including a 1953 Delahaye Type 235 (the only one with bodywork by Jacques Saoutchik in existence) and a 1950 Ferrari 195 S Inter Superleggera. But the crème de la crème may just be the 1938 Coddington coined the “French Connection.” The one-off hot rod (the last car created by Boyd Coddington before his death) features an aluminum HEMI V-12 engine ensconced in a unique Art Morrison–made chassis, while ostrich-skin upholstery adds opulence to the interior.

Interested parties will be able to preview the vintage vehicles on Saturday, the 23rd. The auction begins on Sunday and will run through the week, with bidding accepted in person, by phone, or online. (barrett-jackson.com)