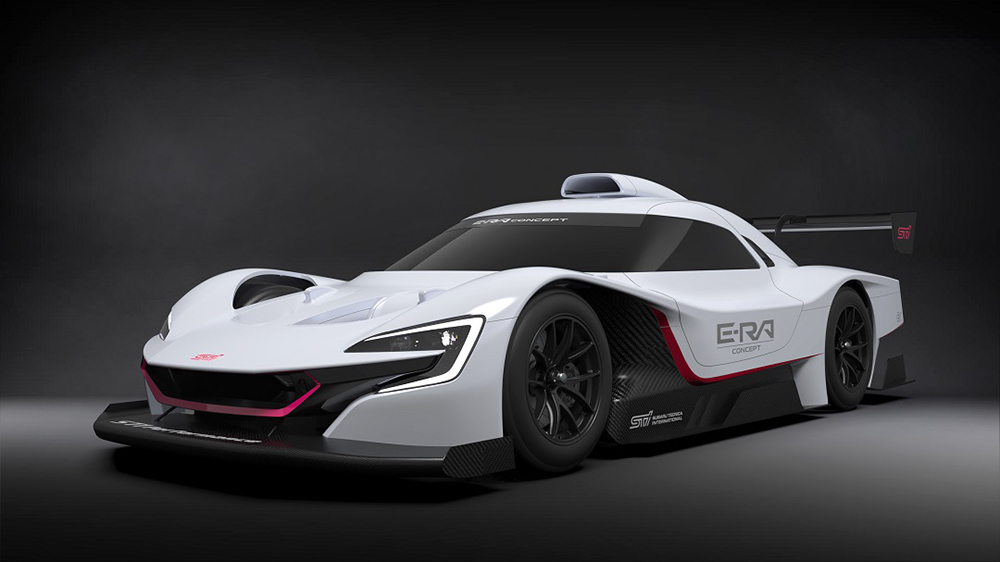 Subaru’s motorsports division is best known for its success in rally racing, but a new concept could change that.

The STI E-RA—the last three letters stand for “Electric Record Attempt”—is designed to presage a new carbon-neutral era of racing. The result is a vehicle that a looks a lot more like an endurance racer than a souped-up version of one of Subaru’s current models. Although it has headlights similar to those found on the brand’s current BRZ sports car, the rest—from its shapely fenders to the bubble cockpit to the giant rear wing—is all new. A priority was clearly placed on aerodynamics making clear that this is vehicle built to circle a track as quickly as possible.

It should have little trouble doing that. Powering the STI E-RA is an all-new, all-electric powertrain consisting of four motors and a 60-kWh lithium ion battery pack, according to a press release. These motors, which were developed and supplied by Yamaha, are situated near each wheel and combine to generate 1,073 hp. The racer will also take advantage of STI’s new four-wheel torque vectoring system, which will constantly monitor the car—including factors like vehicle speed, steering angle and G-force—to improve control and handling.

It may still be a prototype, but Subaru sounds mighty confident in the abilities of its battery-powered racer. Although there’s still a lot of testing to be done, the automaker announced it hopes to complete a lap around Nürburgring circuit in “400 seconds,” or 6:40, in 2023. Presumably this would be the record the car’s name refers to, although, as CNET Roadshow points out, the current Nürburgring record for an EV is 6:05, which was set by the Volkswagen ID R in 2019.