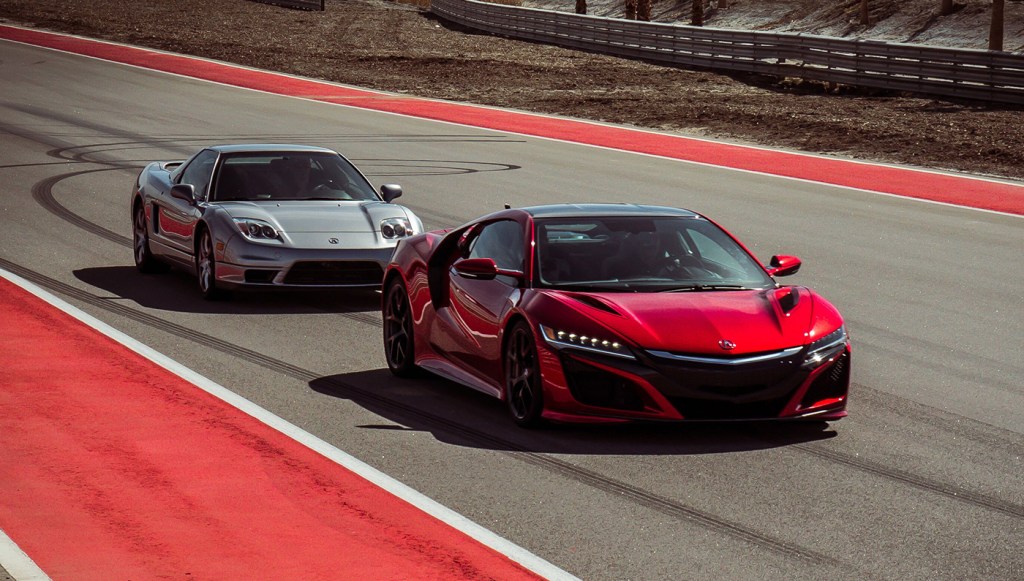 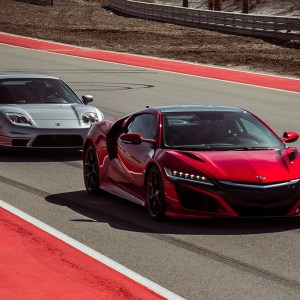 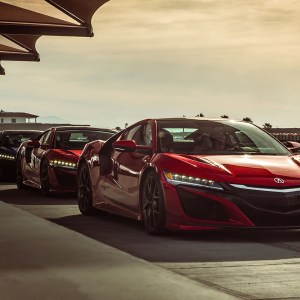 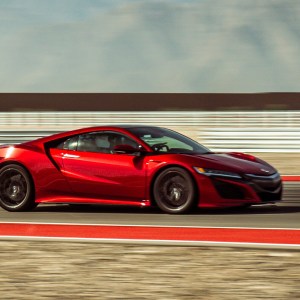 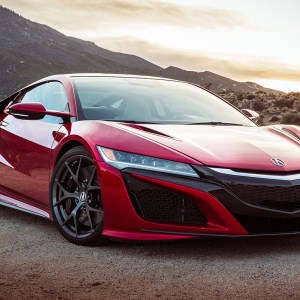 While the Ferrari 348 and Lamborghini Diablo certainly define early ’90s supercar performance in the eyes of many, for many members of PlayStation Generation, it’s the Acura NSX that stands alone. It was a giant-slaying machine, relatively plain styling on the outside, on the inside an engine that was nothing short of humble compared to the best that Italy had to offer at the time.

But that upstart supercar, thanks to its engineering and tuning, was so much more than the sum of its parts that, for many, it was every bit as desirable as cars costing many times more. That it also offered Honda reliability and day-to-day practicality was icing on a delicious cake baked to perfection.

That car, which lived in the US from 1992 to 2005, has been gone for over a decade. This year, it’s getting a replacement. There’s a new NSX in town and it offers the same sort of mind-boggling attention to engineering detail that made its father so incredibly good. But can it really topple dear old dad when it comes to pure driving enjoyment?

This is a 2005 Acura NSX, the final year that car was imported into the US. That means it has the bigger, 3.2-liter V-6 putting down 290 horsepower to the rear wheels through a good ‘ol six-speed manual transmission — a sweet-shifting manual at that. The car has traction control, but that’s about the only hint of modern electrics here. The presence of a cassette deck in the dashboard tells you about everything you need to know about your infotainment options.

Launched in the early ’90s, the NSX didn’t change much through its long, storied career. Standard power steering came in 1995, as did a standard targa top, which previously had been optional. Flush headlights appeared in 2002 after pop-ups fell out of fashion, and there was the shift from the 3.0-liter to 3.2 in 1997, giving a boost of about 20 horsepower.

But it’s not about power with this car. Nor is it about brakes, frankly, with the traditional rotors here baking their pads in short order on a warm day like we had for our testing. Rather, it’s all about the handling, about maintaining momentum and about enjoying the feeling of slotting yourself low in the cockpit and working three pedals and the rifle bolt shifter to get the most you can through every turn.

Stepping up to the new NSX, it’s easy to tilt your head and wonder there’s any shared heritage between these two cars. They certainly look nothing alike, and the radical powertrain on the new car is wholly different as well. Yes, there’s a V-6 slung somewhere behind the two seats, but it’s a 3.5-liter now, augmented with a pair of turbochargers to deliver 500 horsepower.

It’s the electric motors that mark the most radical shift. There are three, one augmenting the power to the rear wheels and two more sitting up front. Total combined power is 573 horses, very nearly twice that of the old car. Twice the power, and twice the driven wheels. This is a little like bringing a thermonuclear device to a knife fight when it comes to outright performance.

Of course, it isn’t always about outright performance.

So, while it’s easy to spot the differences between, the spiritual similarities are there. Both are designed to be everyday supercars, and the new NSX is even more practical than the outgoing one. Its nine-speed, dual-clutch transmission makes idling through traffic a breeze. Its Quiet mode means you can sneak off to the airport before dawn without waking the neighbors. And, its adaptive suspension really does deliver pleasant ride quality on average roads.

But, with a twist of the knob everything gets sharper, harder and louder — the sort of transformation you could only get in the early ’90s by stepping into another car.

On the road, on a normal day, when you’re less concerned with the journey and ultimately focused on the destination, the older NSX doesn’t even compare. The comforts and capabilities of the new car, while modest in comparison to many modern rides (no adaptive cruise, no lane-keep assist, minimally adjustable seats, etc.) are light-years beyond the old model.

That the nav and infotainment system is exactly the same as you’ll find on a Civic is disappointing on a $150,000 (and up) car, but having CarPlay and Android Auto on tap is awfully nice. The interior of the new car is also far more roomy than before. Those of moderate height can actually fit in here without having the headliner tussle their hair.

When the going gets twisty, the game starts to change. The old car, though way down on power and capability, comes alive. The V-6, which offers a terrible soundtrack at moderate revs, evolves into a purposeful scream when pushed, giving you no doubt that it wants you to explore the upper reaches of that tachometer. The steering is direct, the shifting is precise and everything, everything just feels right.

The new car, too, comes alive when you start to push, a transformation well worthy of a Jekyll and Hyde cliche. It feels so incredibly stable and planted that even immense speed is delivered with subtlety. It’s only the g-forces rearranging your face as you hurtle through a gravel-strewn corner that make you realize just how planted this thing is.

And the power is subtle, too. 573 horsepower isn’t a modest number by any standards, but compared to something like an Audi R8 V10 Plus, the power arrives with less ferocity. There’s never a hint of lag, but neither is there a proper rush.

Hit the track and it all becomes even more clear. The older NSX is hugely engaging, light on its feet and incredibly communicative through every surface of the interior. The lack of safety systems here means you need to drive it with respect, as it will bite you if you’re not careful, but exploiting this delivers respectable speeds with big grins.

On the new car the speeds are even greater, far greater, and the grins augmented by the incredible grip. It is surprisingly agile on the track, torque vectoring across the front axle while both accelerating and braking makes for a car that will pull its nose into line in a way that impressed me lap after lap. If you’ve been forum ranting against this car because of its shift to AWD, please consider yourself misinformed.

But there just isn’t quite the connection that you find in the old car. Every seam in the road is felt in the original, the frenetic excitement of the engine telegraphed through that short shifter. Steering on the new car is direct and sharp — outside of an autocross you’ll probably never need to shuffle here — but still feels overly weighted and just ever so slightly numb.

And, of course, paddles don’t quite offer nearly the engagement of a stick-shift, but I won’t bore you with yet another “save the manuals” rant.

This isn’t about heart and soul. While the original NSX is a fantastic car that I covet, it is largely bereft of character. This is about pure driving enjoyment, and in that regard, the new NSX just isn’t quite as engaging as that storied, respected original.

But then, few modern cars are. If it’s a question of outright performance vs. pure engagement, most consumers obviously want speed — else you’d see a lot more Caterhams and Exiges on the road. Performance-wise, the new car is light-years beyond the original. It’s also more comfortable, more practical and… well, it’s more across the board. It is the better car, and an incredible feat of engineering.

But ask me which car I’d want to take for a few hot laps around Suzuka, and it still has to be the original.