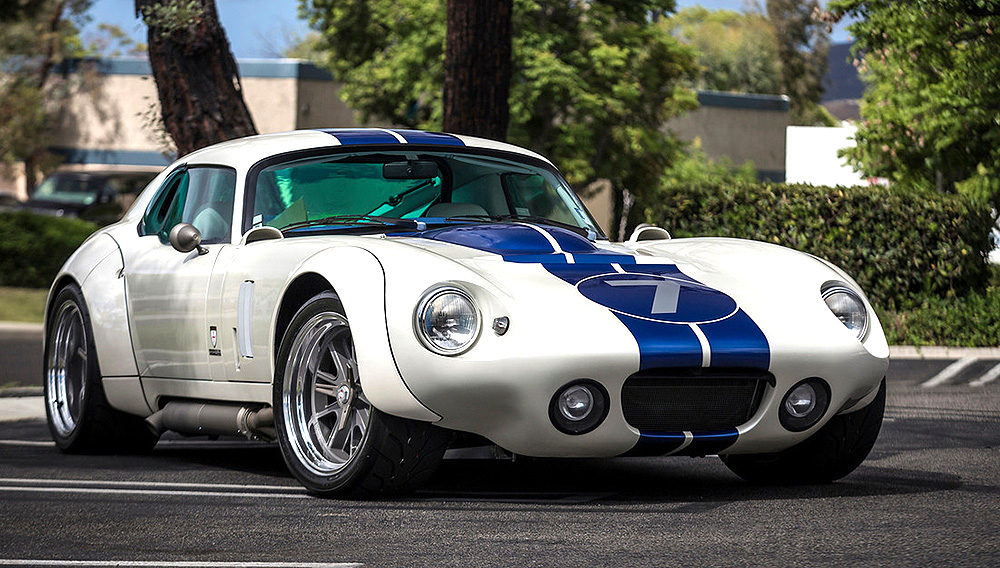 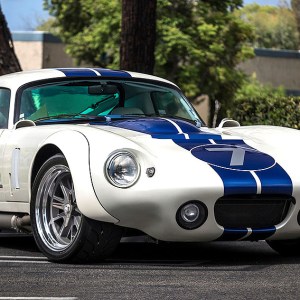 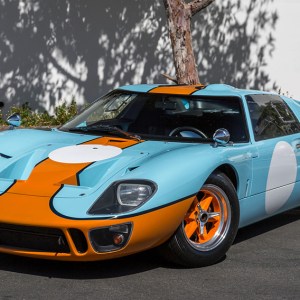 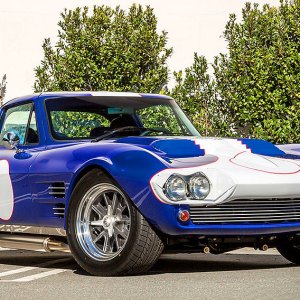 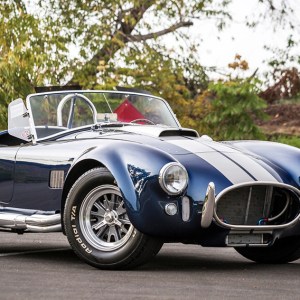 While many associate the Sixties with the space race and flower power, the specialists at Superformance consider the decade a golden age for high-performance automobiles—a period they are rallying to reproduce, one racecar and roadster at a time. Masters at motorsport manufacturing, the team (based in Irvine, Calif.) has been delivering exquisitely detailed continuations of classics for the last 10 years, specializing in the Ford GT40, Corvette Grand Sport, Shelby Cobra Daytona Coupe, and Shelby Cobra 289 models. The results are so authentically accurate that each is officially licensed by the original marque.

Among the most storied of the selection, the Ford GT40 is known for its legacy at Le Mans. Once Henry Ford II and Enzo Ferrari had a falling out after failing to partner in production back in 1963, Ford set out to conquer the French endurance race, a mainstay of Enzo’s prancing horse. In 1966, the Ford GT40 finished in the top three spots at the 24 Hours of Le Mans and followed up with subsequent victories over the next two years. Superformance stays so stringent to Ford’s specifications that two-thirds of the continuation’s components can be swapped with the original—even the monococque chassis itself.  The recommended engine is a custom-designed Roush paired with an RBT/ZF-styled, 5-speed transmission, although several Ford-based blocks are sufficiently burly.

Other titans of the time that have been resplendently resurrected are the 1965 Shelby Daytona Coupe (the only American car to win the Fédération Internationale de l’Automobile (FIA) Sports Car World Championship) and the Shelby Cobra 289 (a fixture on the FIA and United States Road Racing Championship (USRRC) race circuits, circa mid-1960s). Duplicating the original chassis and suspensions down to the minutia, both models provide the same road feel and picture-perfect presentation as their vintage racecar counterparts, which is why they were granted exclusive licensing by Carrol Shelby himself.

One of the rarest of racers to be reborn, however, is Chevrolet’s Corvette Grand Sport, engineered by Zora Arkus Duntov. Developed to compete against the Cobra, the Corvette variant weighed 1,350 pounds less than its predecessors. Unfortunately, Chevrolet’s top management called it quits after only five examples of the 550 hp pioneer were made. Superformance’s jaw-dropping doppelgänger can be fit with a contemporary version of the car’s original 377-cubic-inch small-block engine (with Weber cross ram intake), or with a plethora of power options supplied in collaboration with GM Performance Parts. And for those who crave the wind in their hair, an open-air alternative is also offered.

But creating these bona fide beauties has been a rough road at times. Until recently, delivery could only comprise “rolling chassis” (sans power train) due to government legislation. Eager to provide customers with a complete product, Superformance worked exhaustively with the Specialty Equipment Market Association (SEMA) over the last five years to lobby for a change in regulations applicable to boutique builders. On December 5, Congress passed the Low Volume Motor Vehicle Manufacturers Act as part of a highway funding bill. This vote of confidence gives Superformance, and other shops of its size, the permission to produce up to 325 fully-equipped cars, in compliance with the National Highway Traffic Safety Administration (NHTSA) and the U.S. Environmental Protection Agency (EPA).

All of Superformance’s legendary lineup are currently fabricated and fashioned at its factory in South Africa. Prices range between $90,000 and $200,000 depending on model and power-train preference. (superformance.com)