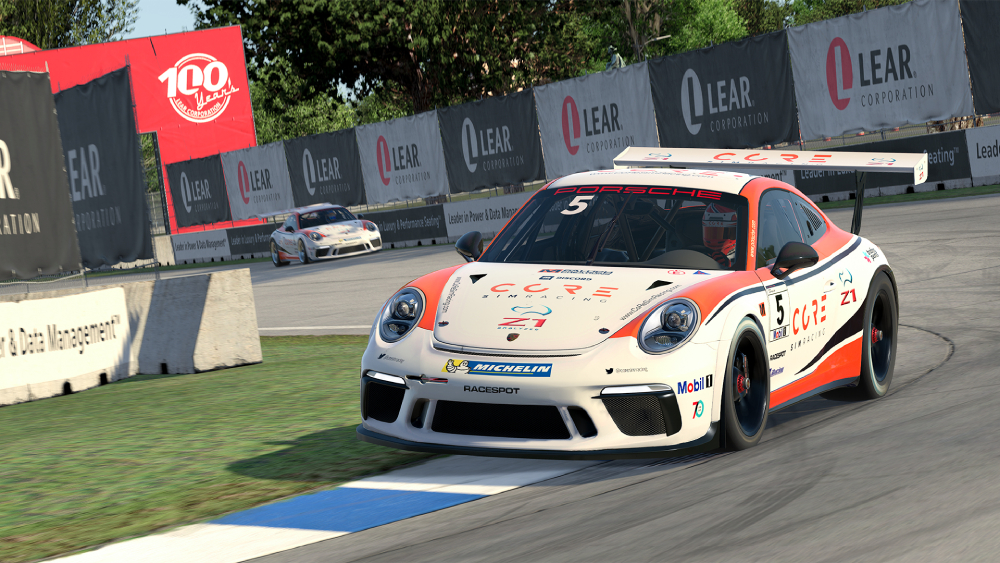 Covid-19 may have put the brakes on real-world road races, but TAG Heuer has just signed up to sponsor an up-and-coming digital tournament.

The famous Swiss watchmaker is officially the sponsor of Porsche’s Esports Supercup. The tournament, which is heading into its second season, was launched in 2019 by the German automaker in partnership with the digital racing platform, iRacing.

“Porsche stands for exceptional experiences,” said Porsche’s vice president of marketing, Kjell Gruner, in a press release. “Esports racing offers such an emotional Porsche experience to many fans of our brand and the ‘Porsche TAG Heuer Esports Supercup’ is our most important virtual racing series… Now TAG Heuer, as a brand with heritage, is helping to further establish the most aspirational competition in esports racing.”

The iRacing platform allows for a thrilling user experience.  Courtesy of Porsche

Stéphane Bianchi, CEO of the LVMH watchmaking division and CEO of TAG Heuer, echoed Porsche’s enthusiasm for the venture. “After joining forces in the TAG Heuer Porsche Formula E Team this season we are excited to now extend our successful collaboration further into the Esports world. Both our brands are masters of challenges, innovation and precision… Esports is a fantastic new platform for us to showcase our values and support another dynamic and passionate community in the world of motor racing, where competitiveness comes alive in the digital age.”

The top four finishers from the inaugural season––Josh Rogers, Maximilian Benecke, Sebastian Job and Mitchell de Jong––have been invited back for this year’s competition and they will be joined by 36 other drivers. All will be competing for the prize money, the pool for which now stands at an impressive $200,000.

“The real-world racing histories of both Porsche and TAG Heuer are unparalleled, and we’re delighted to have their support for the premier single-make esports racing championship in the world,” said iRacing.com Motorsport Simulations executive producer Steve Myers in a statement.

The event is set to begin on May 2nd.