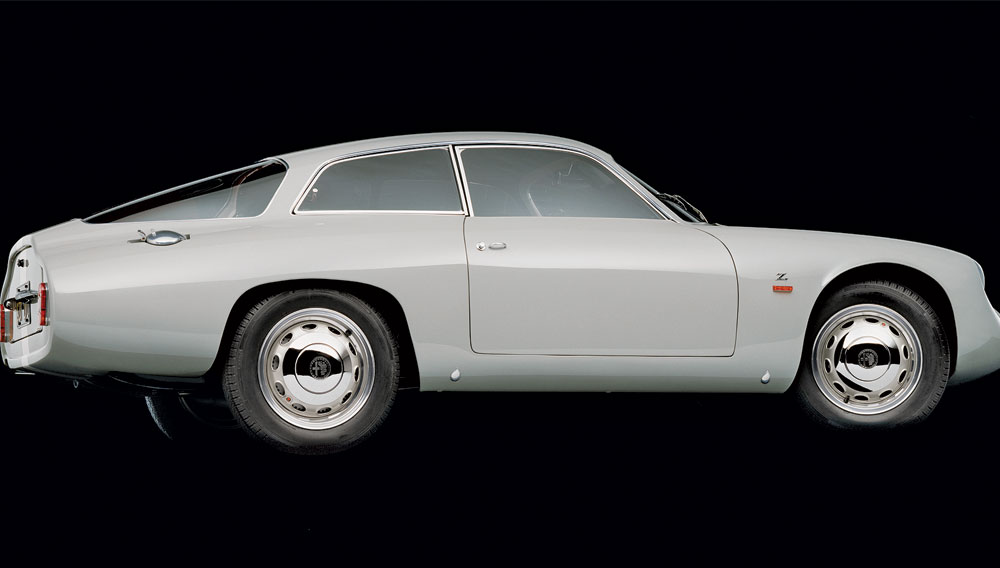 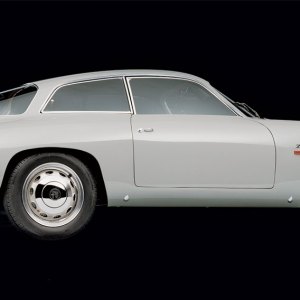 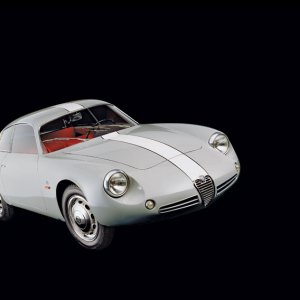 In 1960, Alfa Romeo commissioned the Milanese coachbuilder Zagato to design a competition berlinetta coupé around the promising chassis of the Giulietta Sprint Speciale, which the Italian marque had begun producing a year earlier. The Sprint Speciale, or SS, was a work of art, exquisitely styled by Bertone’s Franco Scaglione. It demonstrated that Scaglione was a master of design—but not aerodynamics. Because its swoopy shape hampered its speed, the SS proved a major disappointment when driven in motorsport competition.

Zagato designed a more compact body, correcting the long front and rear overhangs that compromised the SS’s performance. Dubbed the SZ, for Sprint Zagato, the new car was aggressive-looking, beautiful, and lightweight; it weighed just 1,878 pounds thanks to an aluminum body and spare trim. Alfa Romeo produced about 200 examples before Zagato introduced a second series in 1961: the lower, longer, and even lighter SZ2. It was also known as the Coda Tronca, or “truncated tail,” because it featured a prominent rear end that terminated abruptly, in accordance with the principles expounded by the auto designer and aerodynamicist Wunibald Kamm.

Alfa Romeo produced 44 examples of the SZ2. The car shown, powered by a 150 hp engine, finished first in its class and 11th overall at the 12 Hours of Sebring in 1962.