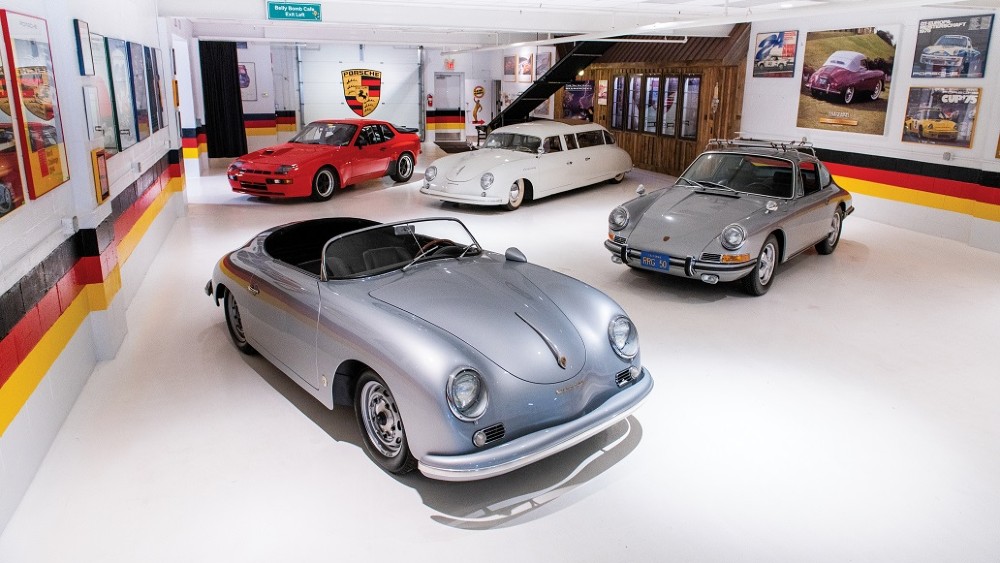 When late car collector John Dixon was passed by a Porsche while driving on the freeway in high school, it was love at first site. He bought his first model the next year, kicking off a decades-long relationship with the German sports cars that culminated in one of its rarest collections. And now that collection is going up for auction.

In late September, RM Sotheby’s will offer Dixon’s renowned Taj Ma Garaj collection of 30 rare cars at the very same Dayton, Ohio, building where he housed the fruits of his obsession. Making things even more exciting for collectors looking to add some one-of-a-kind pieces to their collection, everything is being offered without reserve. Though it’s Dixon’s collection of rare Porsches—24 in total—that are expected to pique the sharpest interest from collectors.

“The Taj Ma Garaj building is truly a Porsche enthusiast’s heaven,” said the auction house’s senior car specialist Donnie Gould. “John Dixon was as knowledgeable about his cars as he was passionate, and what he has assembled represents sought-after high watermarks in Porsche production, alongside cars like a wrought-iron Beetle that are just plain fun.”

Indeed, while the Taj Ma Garaj collection features some unique Volkswagen cars, it’s described as an “eclectic Porsche paradise” by RM Sotheby’s. Of particular note to collectors of the Stuttgart-base automaker will be a mint-condition silver 1957 Porsche 356 A Carrera GT Speedster by Reutter. A race-prepped version of the model, the Carrera is the crown jewel of the collection and is expected to sell from anywhere $1.5 million to $2 million. There’s also a silver 1967 Porsche 911 S Coupe which still wears its original paintwork and interior ($350,000-$450,000) and an “exceedingly rare” red 981 Porsche 924 Carrera GTS Clubsport that somehow has less than 30 miles on it ($250,000-$350,000).

The Taj Ma Garaj auction will take be held on Saturday, September 28. In addition to Dixon’s cars, 350 lots of auto memorabilia and other collectible items, will be up for grabs during the day-long sale. See more photos of Dixon’s collection below: