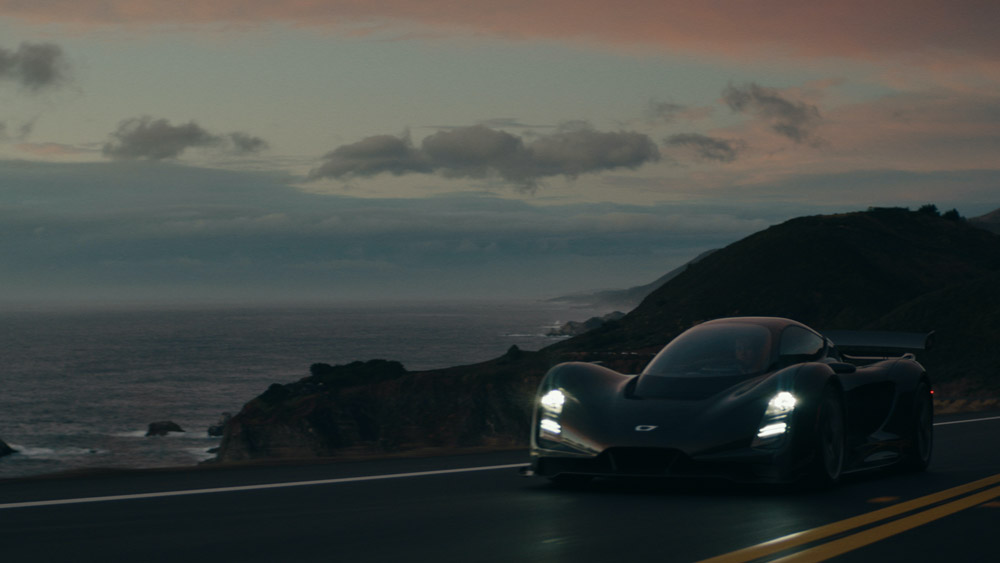 The microcosm of hypercar manufacturers is dominated by a coterie of elite carmakers that face occasional competition from scrappy startups. This time around, the challenger hails from an unlikely locale: the United States—Los Angeles, no less, a locale more closely associated with consuming, than building, this rarified level of exotica.

Teased in a video clip ahead of its formal debut, which will take place at the Geneva International Motor Show on March 3, 2020, the Czinger (pronounced with a silent ‘C’) 21C promises bleeding edge technology, an ultra-high-performance hybrid power train and three-across seating with a centrally positioned driver (a la the McLaren F1). Oh, and “a paradigm shift in the way vehicles are designed, developed, engineered and manufactured,” according to a company statement. Perhaps no vehicle will be able to approach the mighty McLaren F1’s bravado and innate coolness, but we do applaud Czinger’s bold approach with the center-seat driving position.

Founder and CEO Kevin Czinger was responsible for launching the Divergent Blade, a 720 hp supercar with tandem seating that showcased “additive,” or 3-D-printed, technology. This time, the hardware specifics behind the 21C are vague—at least so far.

A peek at part of the Czinger 21C hypercar.  Photo: Courtesy of Divergent Technologies, Inc.

The company is planning on dropping hints and details closer to the official debut. However, teasing imagery does reveal a complex chassis that combines tubular carbon-fiber components that would not look out of place in some of Italy’s most notorious hypercars. Sharp, striking and appropriately menacing, the Czinger certainly looks the part—at least from what we can see.

The Czinger 21C is set to debut in Geneva on March 3.  Photo: Courtesy of Divergent Technologies, Inc.

Despite the Italianate artistry, this is most certainly a star-spangled creation, as the imaginatively detailed prototype is featured maneuvering along distinctly Californian tarmac that includes Bixby Bridge on Highway 1 in Big Sur. The carbon-fiber sled will no doubt turn heads and wag debate when it premieres at Geneva’s automotive exhibition, which will be open to the public from March 5 through 15.