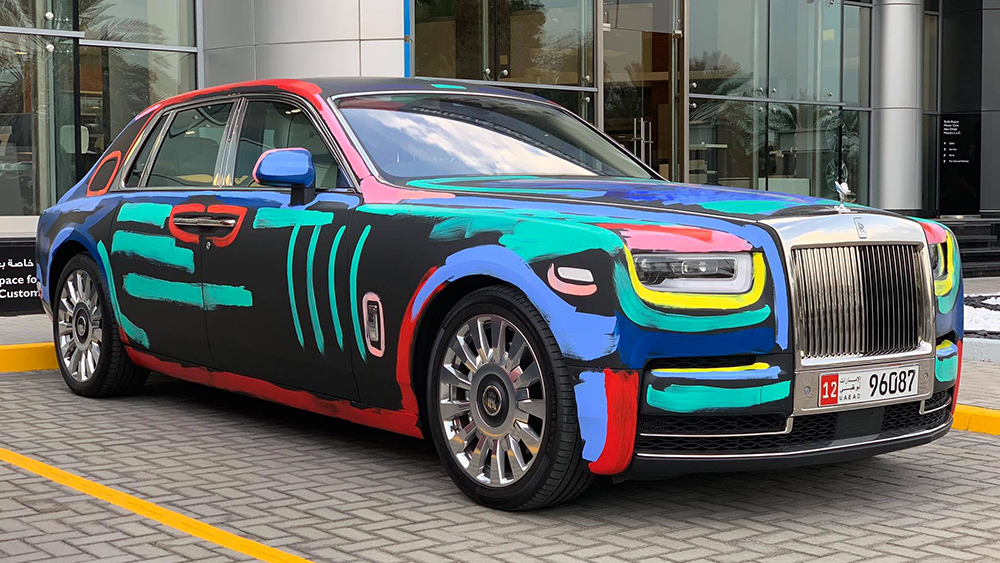 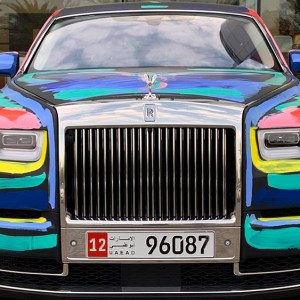 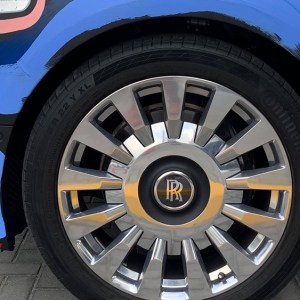 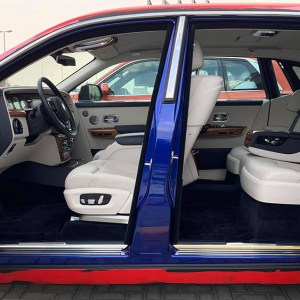 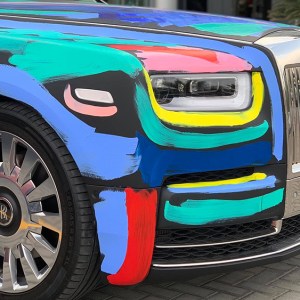 We’ve certainly seen some unusual sets of wheels this year, from Tesla’s zero-curve Cybertruck to a Bugatti Veyron that was actually a 17-year-old Mercury, but a new rainbow Rolls-Royce may just upstage them all.

While we’d usually err against defacing a six-figure Phantom, there’s an impressive palette of reasons to reconsider when the design comes from the likes of Carribean-born American artist Bradley Theodore.

With work that hovers around popular culture, from the fashion world to the art of Frida Kahlo, Theodore is known for his fearless use of color and bold application, which has been compared to artists such as Ben Quilty and Basquiat. His palette spans a broad color spectrum, and his striking paintings and prints have captured numerous pop icons, including Kate Moss, Karl Lagerfeld, Anna Wintour.  Now he’s given the Phantom his signature treatment.

Although no official announcement was made by the marque, Rolls-Royce of Abu Dhabi posted the photos on Facebook for all auto enthusiasts to see. The new multicolored riff features a slew of hues, from teal to light pink, bright red and powder blue. The thick strokes serve to highlight the Phantom’s curves and edges, giving an overall sense of movement. The interior of the vehicle features two-toned dark blue and cream leather—decidedly demure compared to the exterior—and oozes the expected Rolls-Royce grandeur.

Of course, this collaboration is no fluke. The artist has worked with the legendary marque before: he previously painted a Wraith and captured the Rolls-Royce badge on canvas.

And this isn’t the first time Rolls-Royce has gotten creative with its vehicles in 2019. Earlier this month, the marque debuted a special-edition crimson Phantom to help fight aids. The marque also created a few pastel-colored cars for Pebble Beach and commissioned a bespoke Phantom with a special rose garden interior. Though it’s safe to say that none stand out quite like Theodore’s rainbow edition.