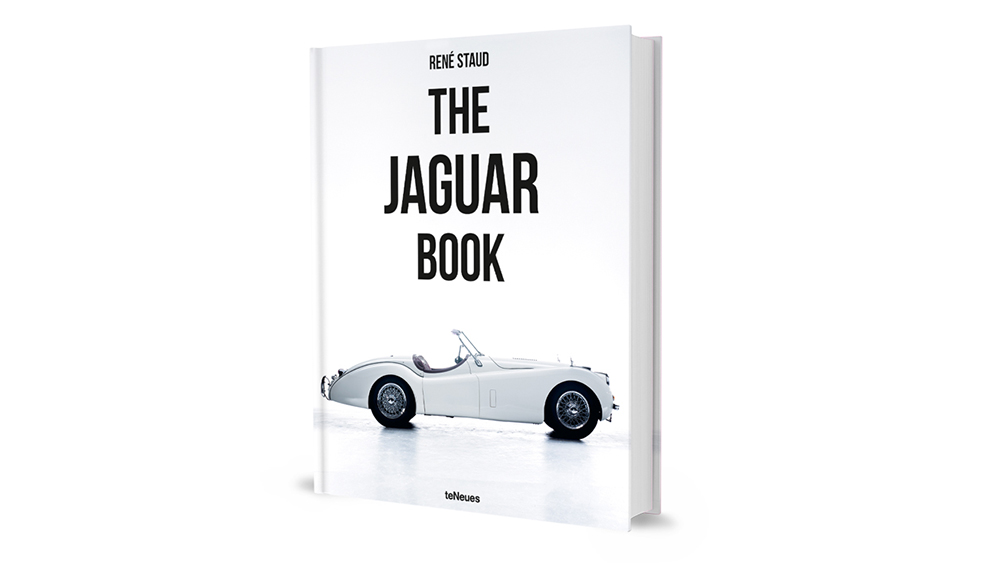 After publishing a coffee table book dedicated to the Porsche 911, teNeues has decided to showcase the automotive achievements of another luxury marque.

The family-run German firm has just unveiled a comprehensive new tome, simply titled The Jaguar Book, which details the legacy of the British automaker over the past century.

The 271-page hardcover is brimming with stunning imagery captured by acclaimed auto photographer René Staud. The pictures are presented alongside text by Jürgen Lewandowski, who has initiated, written and edited more than 100 books on the history of cars.

In terms of content, the book provides a beautiful ride through the complete Jaguar collection, along with highlights from Jag’s racing history. Naturally, a good portion is dedicated to company founder William Lyons, who helped turn Jaguar into one of the world’s most respected manufacturers. In the late 1930s, Lyons designed and built the SS 100, which was considered one of the most beautiful and successful cars of its time. (It was also the first to sport the now-famous Jaguar “leaper” on the bonnet.) Among many other models, Lyons was also responsible for the incomparable E-Type, which elevated the Jaguar name into legendary status.

Fast forward nearly 100 years, the four-wheelers rolling out of the factory in Whitley, Coventry still pack that trademark British flair and innovation. The book covers Jaguar’s first electric car, the I-Pace, along with a spate of other modern rides.

The tome even details Jag’s many film appearances, like the E-Type covered in a Union Jack that appeared in Austin Powers: International Man of Mystery, for example. It also lists celebrity owners, such as soccer legend David Beckham and the British Royal family. You may remember Prince Harry and Meghan, Duchess of Sussex drove away from their wedding reception in a restored E-Type.

Priced at a neat $100 and available on Amazon, The Jaguar Book will be a welcome addition for every Jag fan.

Check out more pictures from the book below: