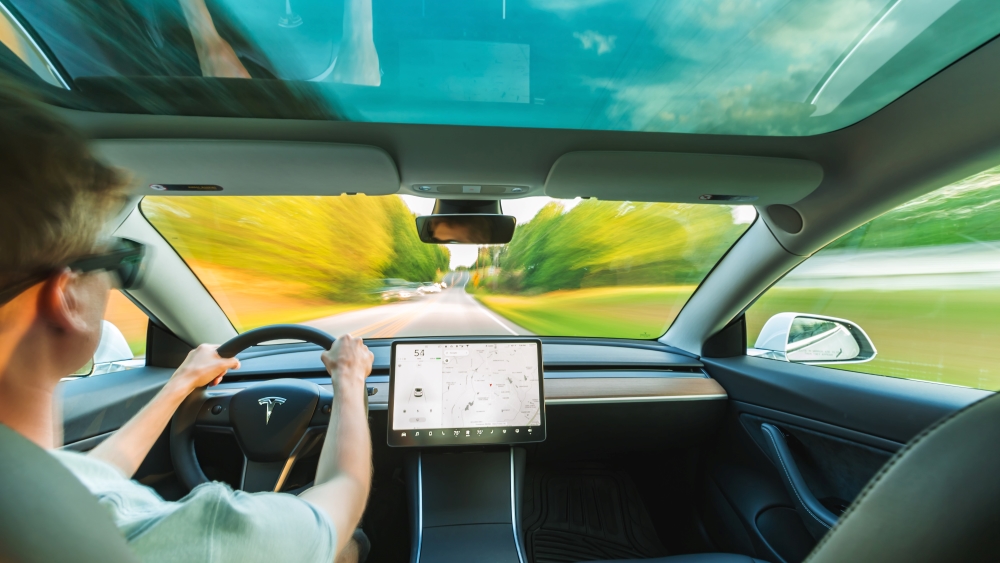 Conversing with your car while driving is nothing new in 2020, but having your wheels chat with passers-by certainly is, and, according to Elon Musk, it’s the next step for Tesla. The Twitter-happy CEO has teased a new feature that would allow the marque’s electric vehicles to “talk” to pedestrians through external speakers.

Musk tweeted the news on Saturday, stating: “Teslas will soon talk to people if you want. This is real.” He also shared an accompanying video of a red Tesla Model 3 fitted with the potential upgrade. “Well don’t just stand there staring, hop in,” the car says in a sassy British accent which sounds part C-P30, part Michael Caine.

According to a cheeky follow-up tweet by the CEO, the car will also be able to fart in a pedestrian’s general direction. At least that’s what Musk appears to be implying; he didn’t specifically say the word “fart,” instead using the wind emoji, which seems to be in line with his brand of scatological humor. Back in 2018, Tesla released a “fart app”—the announcement came with the same emoji—as an Easter egg in its vehicles. This gave drivers the ability to choose between fart sounds when using the turn signal.

And, of course, your car will be able to 💨 in their general direction

Musk didn’t delve into how exactly the new talking-car tech would work, but the marque recently made some changes to its vehicles that make this ambitious claim seem entirely feasible. In January 2019, Tesla changed the underside of the front-end of the Model 3 to have a speaker grill. The move came in response to new European and US regulations requiring marques to add a pedestrian warning system for notoriously quiet electric vehicles, according to Elecktrek. And just last year, the marque unveiled an update to the Model 3 that prompts a tone to play when the car is driving at low speeds (up to 19 mph).

So it appears Musk is doing more than just meeting industry requirements; he’s actually having fun with them. Fingers crossed the cars’ sentences will be customizable—we’ve got a few thoughts.