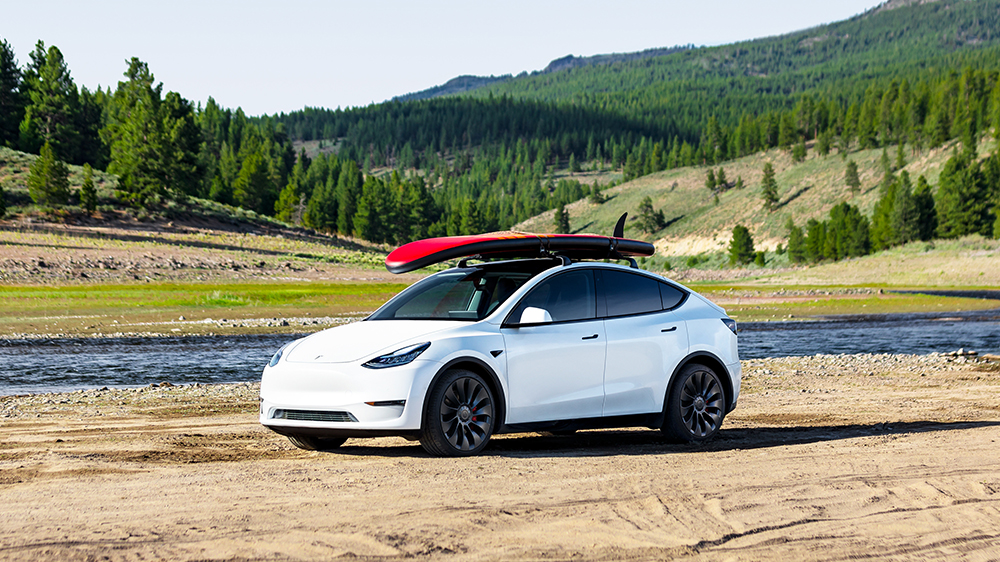 It’s lonely at the top, but we have a feeling that’s just the way that Tesla likes it.

The rest of the auto industry may have finally embraced electrification, but Tesla still reigns supreme over the EV market. Through the first eight months of 2021, the marque’s battery-powered cars and SUVs made up nearly two thirds of those registered in the US.

According to new data from Experian (h/t Inside EVs), 294,218 electric vehicles were sold between January and August. That number only accounts for 2.7 percent of total automobile sales, but represents a 114 percent increase compared to the same period in 2020. And 194,165 of those vehicles were Teslas. That number represents 66 percent of all EVs registered in that time and a 79 percent increase when compared to the same period last year.

Considering its market dominance, it comes as little surprise that three of Teslas four models are among the top 10 EVs sold in the US so far this year. First, by a considerable margin, was the Model Y compact crossover (pictured at top): 105,445 of the electric SUVs have been registered in 2021. That number is actually larger than the sum total of non-Tesla EVs sold during this same period (100,053 units). The Model Y is followed closely by the Model 3 sedan, which has sold 80,681 units through August.

More surprising than Tesla’s EV dominance is how the marque fares against the total sales numbers for more traditional brands. While it currently trails premium names like BMW (236,247) and Lexus (222,956) by a fair amount, the automaker is only slightly behind Mercedes-Benz (198,703). The difference is close enough that it’s not hard to envision Tesla actually outselling the German luxury marque by year’s end. Of course, Mercedes’s eagerly anticipated new flagship EV that might have something to say about that.