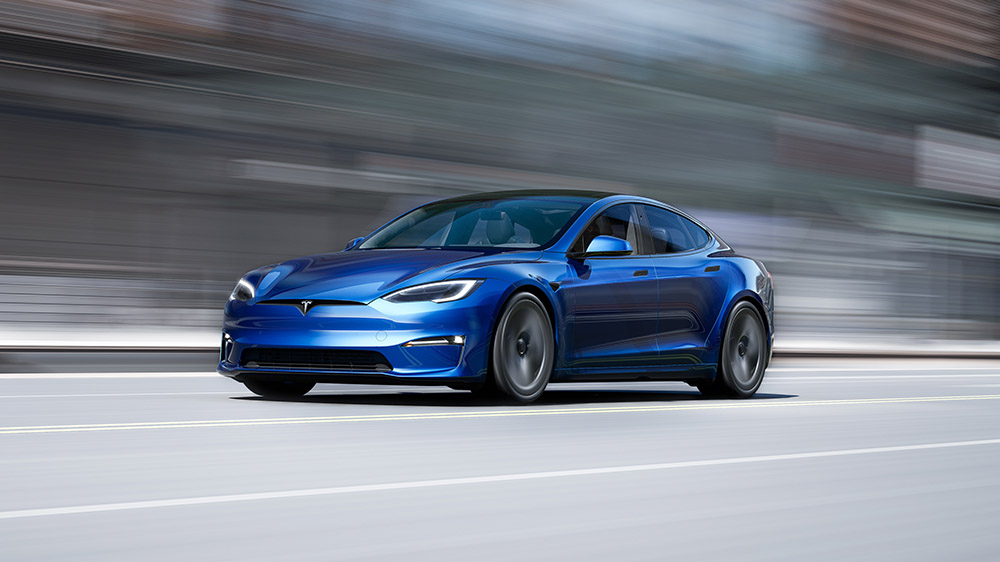 Tesla isn’t just a force when it comes to battery-powered vehicles. Increasingly, it’s becoming a dominant player in the luxury car market as well.

Elon Musk’s EV giant has now surpassed Mercedes-Benz for the third most luxury vehicle registrations in the US through the first nine months of the year, according to new market data from Experian (h/t CNET Roadshow). What’s more, the brand is closing in on the top two best-selling luxury marques in the country—BMW and Lexus.

The new report covers the first three quarters of 2021. Through the end of September, 213,708 Mercedes-Benz SUVs, crossovers, sedans and sports cars were registered throughout America, according to Experian. During that same time, 230,855 Teslas were registered, allowing the American company to supplant the German automaker for number three among luxury vehicle manufacturers.

That total still puts the electric automaker behind BMW and Lexus, but the gap is far from insurmountable. Though September, the German carmaker has totaled 259,237 registrations, while the Japanese luxury marque has 245,864 to its name. The final quarter of the year is traditionally a big sales period for luxury to automakers thanks to holiday-based promotions. There may not be enough time left for Tesla to catch up with the top two, but it could make up some serious ground.

None of this should come as a complete surprise. Despite supply chain issues and rising sticker prices, 2021 has been a banner year for Tesla. Last month, it was widely reported that 66 percent (or roughly two-thirds) of all EV registered in the US were sold by Musk’s brand. The marque is actually so dominant that its top selling vehicle, the Model Y crossover, outsold the all of the EVs from other automakers combined—105,445 to 100,053 units.

If traditional automakers are going to hold off Tesla, their best chance may come in the form of premium EVs they make themselves—like the Mercedes-Benz EQS. Telsa may have a head start, but as the EQS has shown, traditional luxury automakers have another quality to bring to the electric revolution: gravitas. Whether that translates into sales remains to be seen.