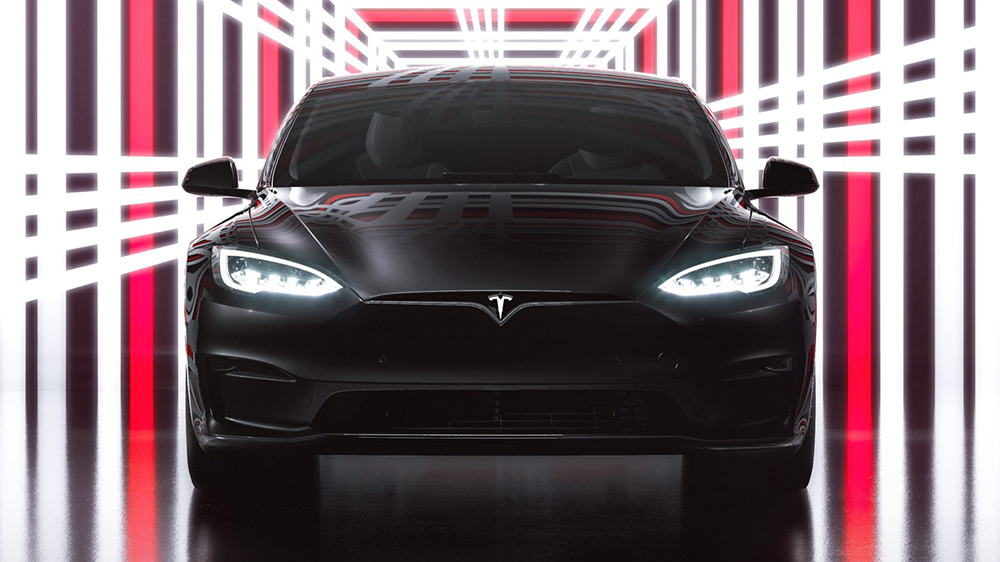 Tesla’s most powerful production vehicle is finally hitting the market.

On Thursday, the EV giant unveiled the final version of the Model S Plaid during a special delivery event for the powerful four-door. The high-performance version of the brand’s flagship, which was first announced in January, arrives with 1,020 horsepower, a sub-two-second zero to 60mph time and a 390-mile range.

The debut comes days after Tesla CEO Elon Musk announced that the company was pulling the plug on the even-higher-performance Plaid Plus. The tech mogul said there was no reason for the premium version of the Plaid because the standard model is “just so good.”

At a glance, the Plaid looks almost identical to recent Model S variants with the exception of a slightly sportier shape and special “Plaid” badging. But underneath its mostly unchanged exterior is a new tri-motor all-wheel-drive platform with torque vectoring. This upgraded setup is capable of producing a stunning 1,020 horsepower at peak power. Thanks to this, the car can rocket from zero to 60 mph in less than two seconds (1.99 to be exact) and run the quarter mile in 9.2 seconds at 155 mph. Back in January, Tesla said the Plaid would have a top speed of 200 mph, but now it appears it will only be capable of reaching that figure “when equipped with the proper wheels and tires,” which won’t arrive until the fall.

As for range, Tesla says the car will be able to go 390 miles on a charge. That immediately makes the Plaid the second-longest-range EV on the market, trailing only the 670-horsepower Model S Long Range, which can go for 405 miles One thing to note: the sedan’s range dips to 350 miles when equipped with the 21-inch performance wheels that are set to arrive this fall, according to CNET Roadshow. That means you won’t be able to go 390 miles on a charge if you plan on driving the Plaid 200 mph. Luckily, this slight dip in the range is offset by the ability to add 200 miles in just 15 minutes when using a Supercharger. These charging stations will be flagged for you along your driving route when using the vehicle’s Trip Planner feature.

Inside the Model S Plaid  Tesla

Though all these stats don’t match the performance figures that were promised of the Plaid Plus—1,100 horses, a sub-nine-second quarter-mile time, 520-mile range—it should be noted that all of the Plaid’s numbers deliver on what Tesla set out to achieve with this model. The Plaid will be most powerful EV you can buy until the Lucid Air or Rimac Nevera hits the road, and the latter of those is a hypercar, not a daily driver.

The Plaid will also feature the heavily reworked interior Tesla unveiled in January. The more spartan cabin design features two large screens up front, one for the driver and an infotainment display above the center console. Should you ever find yourself with time to kill on the drive, you’ll be able to play video games like Cyberpunk 2077 at 60 frames per second on the infotainment screen. The driver’s cockpit also features a new yoke-style, rectangular steering wheel and is devoid of control stalks, meaning you’ll have to use the infotainment screen to shift gears, unless you want to let the car do it for you.

The Model S Plaid is available to buy now. The EV starts at $131,990, which is more than $12,000 more than was initially announced. If you already ordered yours before Thursday’s event, you’ll be charged the original price. If you want all the options, though, don’t be surprised if the final price comes out to closer to $145,000 before potential tax credits.