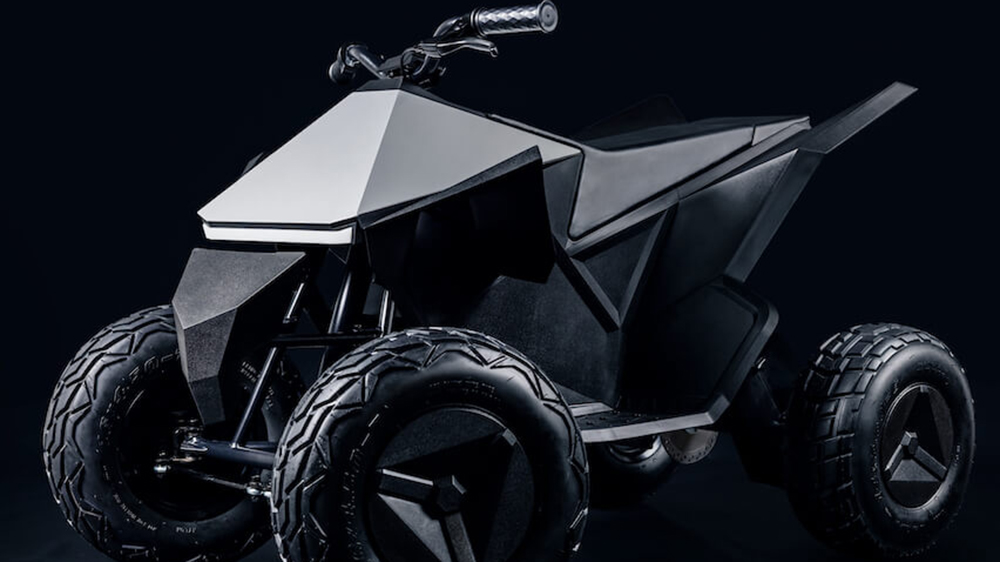 Tesla’s going to release a new EV before the year’s out—and this one is just for kids.

Elon Musk’s EV giant—a company that likes to announce new products with as much pomp and circumstance as possible—quietly launched the Cyberquad for Kids on Thursday. The battery-powered ATV is available to order now through the brand’s website, and if you’re lucky it might even arrive in time for Christmas.

If the company’s new model looks familiar to you, there’s a good reason for that—it’s a pint-sized version of an EV the brand announced way back in 2019. In the wake of the Cybertruck’s glass-shattering public debut that fall, Tesla announced it would build a matching ATV that could be stored in its truck bed (along with a slew of other add-ons). Two years later, the four-wheeler has finally become a reality.

The mini-Cyberquad has a sharp angular design right in line with that of the company’s upcoming pickup.  It’s built on a full steel frame, has an adjustable suspension, rear disk brakes, a comfortable seat and LED lights, according to a listing on Tesla’s website. It tips the scales at 122 pounds, but has a maximum weight capacity of 155 pounds.

Powering the Cyberquad is a lithium-ion battery. Tesla hasn’t revealed how big it is—and it’s likely far smaller than the packs in its cars and SUVs—but did claim it will be good for 15 miles of range, though that figure may vary based on rider weight and terrain. As for speed, Tesla says the ATV can travel 5 mph on setting 1 and 10 mph on setting 2. Speed can be limited to 5 mph if you’re worried about your little tyke getting ahead of themselves.

The Cyberquad for Kids can be purchased through the Tesla website now for $1,900 (be warned that it’s been going in and out of stock since it was announced). The brand says it will begin shipping the ATV in two to four weeks, although we’d suggest having a backup plan for Christmas morning.

After all, Tesla’s been known to miss a release date or two.