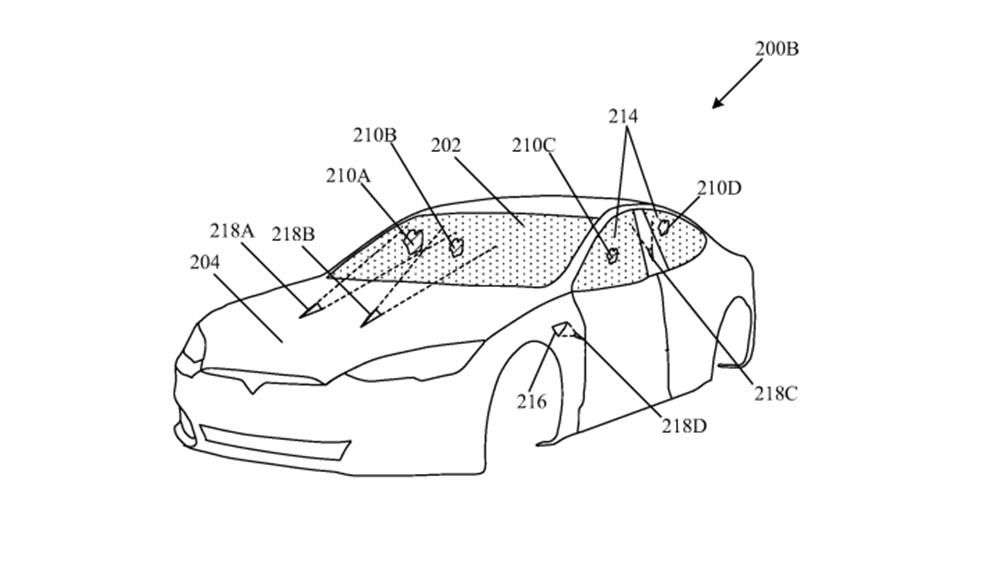 Since its founding, Tesla has done everything it can to bring the stuff of science fiction books and movies to life with its vehicles. And the EV company’s latest advancement is no different. The automaker has now filed for a patent to use laser beams to clean the glass on its cars.

Earlier this year, Tesla filed a patent application for “Pulsed Laser Cleaning of Debris Accumulated on Glass Articles in Vehicles and Photovoltaic Assemblies,” according to Electrek. Credited to staff scientist Phiroze Dalal, the application outlines a technology that would be used to clean the glass surfaces on the company’s vehicles with directed laser beams.

It’s clear from the patent that Tesla believes there are better and more efficient ways to clean a windshield than watery cleaning solution and wipers. According to the filing, the company intends to use small cameras to detect any dirt or grime on the glass of its vehicles, including windshields, side or rear glass or camera lenses. Once detected, the debris would be irradiated by a laser until the surface was clean.

Tesla appears to believe the tech will benefit self-driving vehicles, in particular. An illustration accompanying the patent depicts a Model S with laser mounted on its hood, fender and B pillar. The lasers would ensure that the cameras used for the Autopilot driver-assist system have a clear view of the road. There is also the suggestion that the tech could be used to clean photovoltaic solar panels.

If the idea of lasers being shot directly at the glass in front of your face makes you uneasy, don’t worry—Tesla’s already thought about that. In the patent, it’s noted that the lasers would be specially calibrated and the glass coated with an indium tin oxide coating to make sure the beams don’t pass right through it. Of course, we know what happened last time Tesla talked up the protected glass on one of its vehicles.

There is no guarantee that the laser cleaning technology will ever make its way to Tesla’s consumer vehicles, but it is another sign of the company’s focus on innovation. And if the lasers don’t ever make it to the roads, maybe that’s okay, too. After all, if self-driving cars equipped with working lasers aren’t a sign of the robot apocalypse, what is?