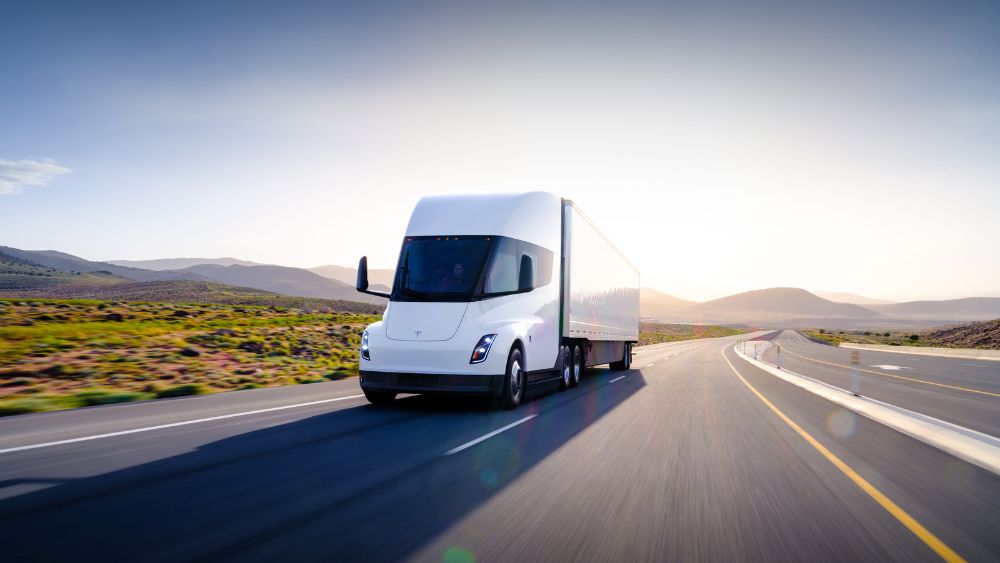 The wait is finally over.

In a surprise tweet from Elon Musk, the much-hyped Tesla Semi has finally gone into production—albeit several years behind schedule. The Tesla CEO announced on Twitter that the electric carmaker will finally deliver on the promise of its highly anticipated Semi commercial truck. He confirmed that production has officially started and that the company will deploy its first deliveries to PepsiCo on December 1. PepsiCo also released a statement, adding that it is expecting a fleet of battery-powered big rigs to support plants in Sacramento and Modesto, Calif.

“We are looking forward to this next step in our PepsiCo Positive journey and will provide more details once we have taken delivery,” PepsiCo spokesperson Andrea Foote told Business Insider, referencing the company’s sustainability efforts. The all-electric semitrailer truck will be outfitted with three independent motors and will be able to travel up to 500 miles on a single charge.

Tesla initially unveiled its plans for electric Class 8 cargo trucks back in 2017, slated to arrive in 2019. At the time, preorders poured in from big-name players including Anheuser-Busch and Walmart, as well as PepsiCo—which reserved 100 trucks. The food and beverage maker is aiming to dispatch 15 vehicles by the end of this year.

Now roughly five years in the making, all fingers are crossed that the Semi doesn’t run into any more supply chain constraints ahead of its rollout. The launch was also reportedly pushed back after Tesla declared that it would prioritize manufacturing its Model 3 and Model Y EVs. However, that didn’t stop one drone operator from getting a sneak peek of the truck during a flyover at the automaker’s facility in Fremont, Calif.

In true Tesla fashion, the automaker is touting the Semi as “the safest, most comfortable truck ever.” The Twitter-happy CEO, meanwhile, says it’s “super fun to drive.” At this point, we imagine most companies will just be happy to have electric trucks that work and, you know, actually arrive.