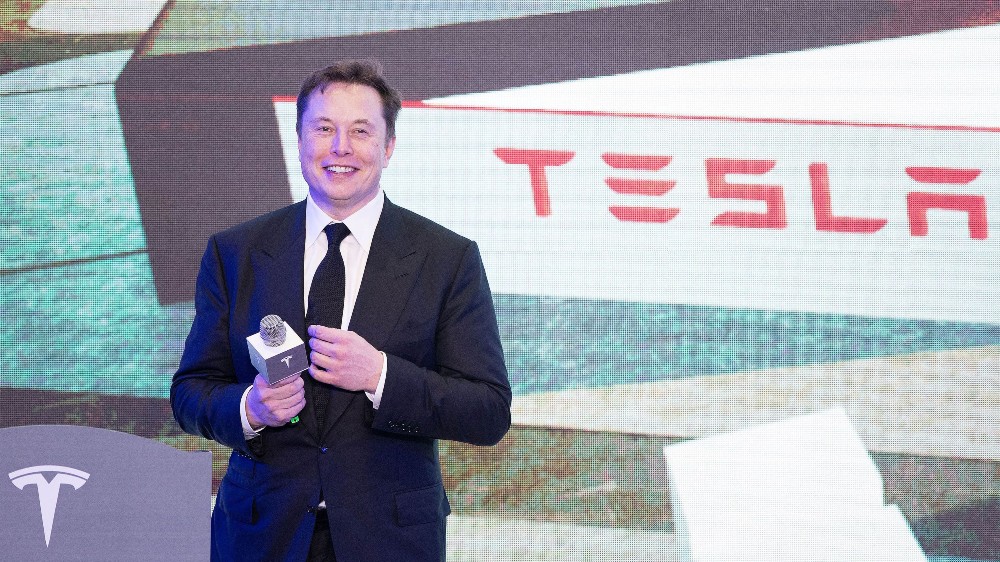 It pays to be first or, at the very least, early. After months of very strong performance on the stock market, Tesla, the company most responsible for popularizing the electric vehicle in America, is now worth more than Ford and General Motors combined.

On Monday, the automaker’s stock price soared past $500 for the first time, according to MarketWatch. By the end of trading, shares had risen by 9.8 percent to $524.86. The closing price capped a three-month surge in which Tesla shares have outperformed the S&P 500 index by more than tenfold, doubling in value in the process.

Monday’s rally came after Oppenheimer analysts revised their price target for Tesla from $385 to $612. The more than 40 percent price boost is attributed to the EV giant’s “key advantages” in powertrain design, battery tech and consumer enthusiasm, among other factors. Oppenheimer’s new price target is the second-highest among the 32 analysts surveyed by FactSet, trailing only Elazar Advisors’s $734 target. It also comes just one week after Argus Research announced a similar revision, bumping their target for the company up to $556, thanks in part to better-than-expected fourth-quarter deliveries.

As impressive as those targets may be, so is Tesla’s actual closing price of $524.86. That figure easily pushes the company’s value to $90 billion, much more than that of any of its American-based competitors, including General Motors, valued at $50 billion, and Ford, worth $36 billion. Its latest valuation is also nearly $10 billion more than Ford’s peak valuation of $80.8 billion in 1998, though that would be the equivalent of roughly $124 billion today.

Tesla’s rising valuation is great news for the company’s boisterous CEO, Elon Musk. If shares rise by another 6 percent, putting the company’s value at $100 billion, and the company sustains that level for essentially six-month average, it will trigger the vesting of the first of 12 tranches of options granted to the tech titan to buy Tesla stock, reports Reuters. The first tranche would be worth $346 million for Musk. In the company’s stock continues to perform in the years to come, the executive, who doesn’t receive a salary from the company, is in line for a record-setting payoff.