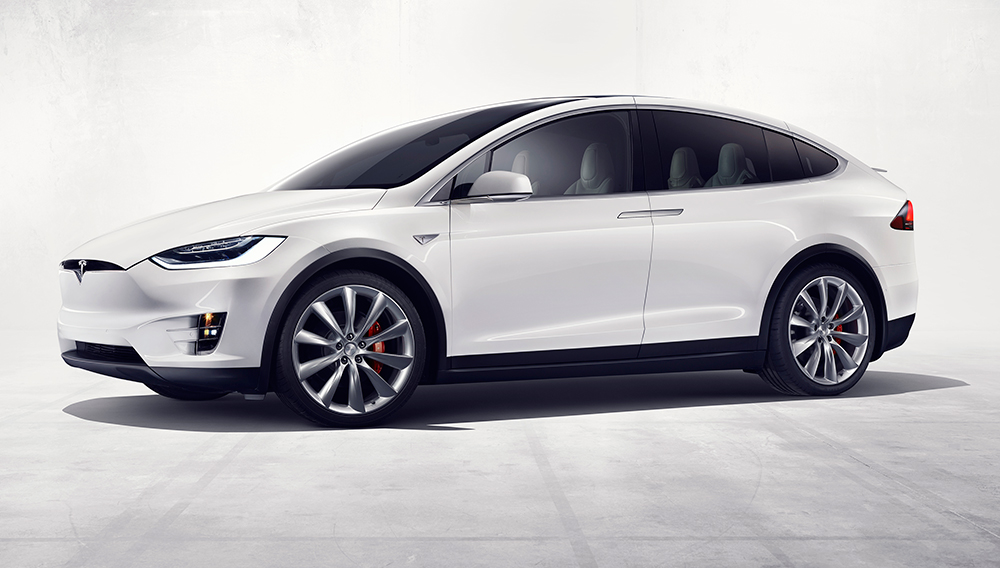 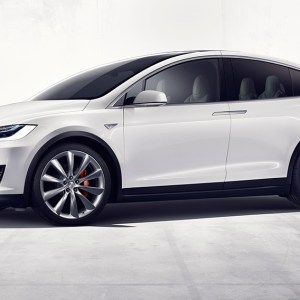 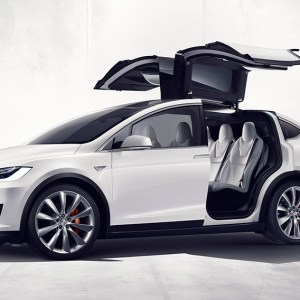 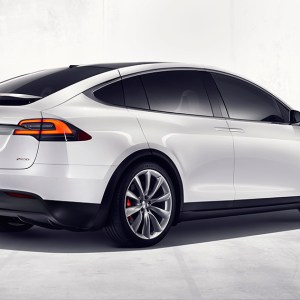 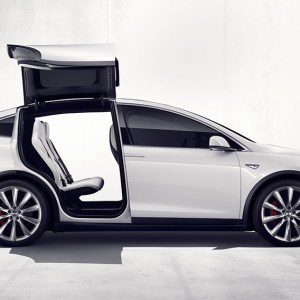 After months of teasing, Tesla officially pulled the cover off of its first crossover, the Model X, this week at a special event near its assembly plant in Fremont, Calif. The all-electric SUV features three full-size rows of seating (unlike the Model S sedan with two rear jump seats) and can accommodate up to seven adults.

The Model X’s most eye-catching feature is its gullwing doors, which Tesla calls “falcon doors.” Tesla claims they are not just there for aesthetic reasons, but are more practical than traditional side-hinged or sliding doors because they require less space to open. However, the design also prevents owners from strapping gear like kayaks or surfboards to the roof.

Two electric motors power the Model X—one for each axle—giving the car standard all-wheel drive. The base Model X 90D (starting from $132,000) has a 259 hp motor at both the front and the rear, while the line-topping P90D model (starting from $142,000) uses the same 259 hp motor in the front and a 503 hp motor in the back. Tesla bills the latter model as the fastest SUV ever made, with a zero-to-60 mph time of just 3.2 seconds. Those numbers, however, are only reached with the optional “Ludicrous” upgrade (yes, that is a reference to the 1987 Mel Brooks Star Wars parody, Spaceballs). The base 90D model does the same zero-to-60 dash a full second slower, but both models can reach a top speed of 155 mph.

Tesla’s Model S sedan has gotten some of the industry’s highest ratings for safety, and it appears the Model X is poised to follow suit. The SUV’s 90-kilowatt battery pack (which provides a range of up to 257 miles for the P90D model and 250 miles for the 90D model) is mounted to the floor to keep the vehicle’s center of gravity low, which, according to Tesla, cuts the risk of rollover in half when compared to gasoline-powered SUVs. And because the car does not need a gas tank, the entire front trunk space serves as a giant crumple zone. Active safety features include parking sensors, blind-spot warning, and side-collision avoidance.

Tesla is currently taking orders for the 2016 Model X, with deliveries scheduled to begin in the latter half of next year. (teslamotors.com)