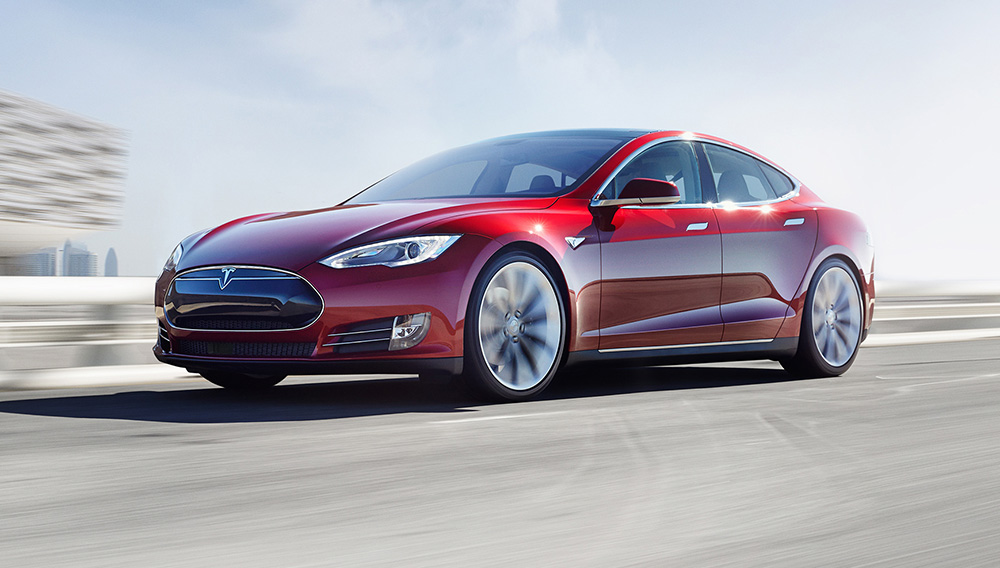 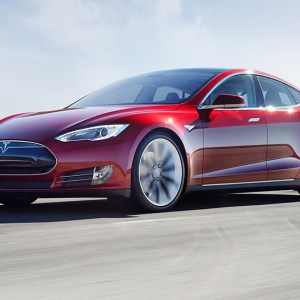 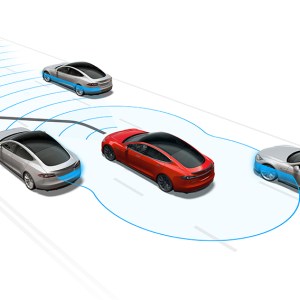 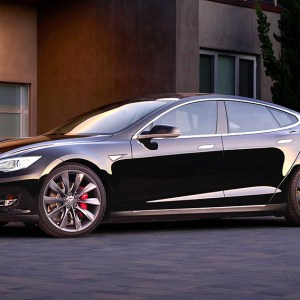 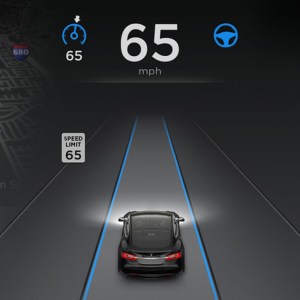 Once the sole milieu of science fiction films like Minority Report, the self-driving car is moving closer to reality as Tesla’s Autopilot for the Model S attests. Recently announced by the electrifying marque, the autopilot hardware—while hardly hands-free—enhances driver safety with integrated warning systems and automated environmental responses for proactive protection.

Now standard, the package includes front-mounted radar, an electric-assist braking system, and 12 ultrasonic sensors that cast a 16-foot field of perception around the car. A camera located near the rearview mirror gives a lane-departure warning, recognizing lane markings and vibrating the steering wheel when the driver begins to slip over without signaling. The same camera’s Intelligent Speed Assist feature focuses on speed-limit signs, notifying the driver when traveling in excess of its programmable range of acceptability. Fortifying the flanks, the Blind Spot Warning sheds light on another car’s presence by illuminating a white arc on the dash, or, if close to contact, two red arcs accompanied by vibration in the wheel and a sonic alarm. Guarding against frontal collisions, radar warns of obstacles in the road and the Automatic Emergency Braking activates when impact is imminent. And there is no need to play with the pedal while using Traffic-Aware Cruise Control, as sensors monitor the car in front and adjust accordingly to maintain the correct predetermined distance.

Already one reason why the Tesla Model S has been given the highest safety rating by the European New Car Assessment Programme (Euro NCAP), the Autopilot feature will continue to expand as new software updates and automation technology come to term. And considering that Tesla’s other enhancements include Ludicrous Speed, which allows the 762 hp Model S P90D the ability to launch from zero to 100 mph in a ridiculous 3 seconds, these updates should help provide peace of mind.

But Tesla is not the only marque looking toward more automated motoring. Audi, Mercedes-Benz, and BMW are among the notable names on that road as well—all part of Germany’s Ko-HAF (Cooperative Highly Automated Driving) research initiative. At this year’s Frankfurt International Motor Show, Audi introduced its new Q7 and A4 models that feature up to 30 optional driver-assist systems, including a “congestion pilot” that offers traffic-jam assistance. When activated, the car will accelerate, brake, and even steer at speeds of up to 37 mph based on the vehicles in front and to the sides. The next-generation Audi A8 is anticipated to be even farther along in the manufacturer’s “piloted driving” direction.

Many of the same engineering elements are also part of BMW’s ConnectedDrive systems showcased in the new BMW 7 Series. Included are cross-traffic warnings, as well as gesture control that enables the cabin’s environmental systems to be adjusted at the wave of a hand. More impressive, the cars are able to park themselves—in certain situations—without the driver inside.

At the extreme end of self-driving development is the Mercedes-Benz F 015 Luxury in Motion driverless car. Purely a research tool for now, the sedan features four lounge chairs facing each other while the machine moves itself. The vision is for a vehicle (replete with display panels throughout the interior) that is able to respond to commands relayed through hand movements, eye-tracking, or touchscreen. It is a concept Mercedes-Benz believes will be commonplace by the year 2030.

As the world population increases, so does the number of prospective drivers and resultant overcrowding on roadways. And while sitting behind the wheel of a fine automobile can be one of life’s rich rewards, relinquishing some control could translate to a safer commute—reason enough to put your hands in the air. (teslamotors.com)