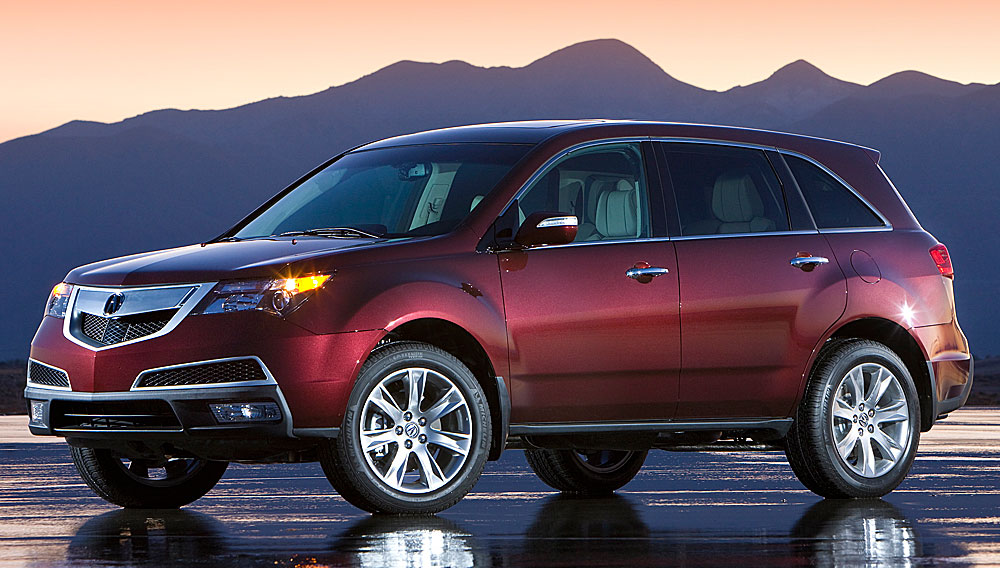 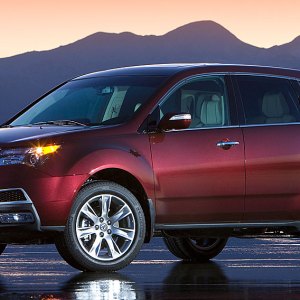 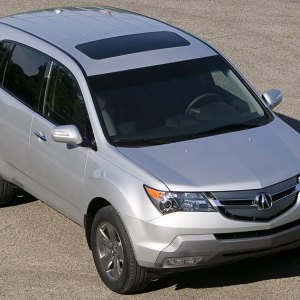 Last year, the Robb Report editorial staff held the keys to a number of desirable cars, all of which were parked in our Malibu office garage for long-term evaluation. The limited-edition Audi RS4 Cabriolet and mid-engine R8 were both great weekend cars; the BMW M3 had enough torque and handling prowess to take on any track circuit; the eco-chic Lexus LS600hL provided a comfortable ride and a clear conscience; and the sleek Jaguar XF garnered its fair share of double takes from nearby beach-home residents. But, one vehicle remained the most sought-after during its entire yearlong tenure: the 2008 Acura MDX.

Although an SUV appears to be the least enticing option from the aforementioned list, our Acura proved to be a pleasant surprise for many unsuspecting staffers. “I love the way the MDX drives,” writes assistant editor Bailey Barnard. “My mom has a 2003 model, and this one has noticeably better acceleration and steering response. It drives like a sports car.”

The MDX sporty character begins with its 3.7-liter V-6 engine, which develops 300 hp—an increase of roughly 50 hp from the first generation—and 275 foot-p of torque. Power is reined in via Acura’s torque distribution system, called Super Handling All-Wheel Drive, or SH-AWD for short. Our car also came equipped with a Sport Package that featured an active suspension system, which improves road feel by automatically adjusting the dampers with the push of a button. “Comfort option on the center console doesn’t seem to make much of a difference except during quick lane-change maneuvers,” logs Robb Report design director Ken deBie. “I would just leave the comfort button off. Excellent braking, rather sensitive at first, but very effective once you get used to it.”

So effective, in fact, that it saved one staffer from getting into a fender bender on the Pacific Coast Highway, only to then be rear-ended by the car behind him. “Every car on the road can’t brake like this MDX,” noted one the editor. “I was amazed at how well the car absorbed the impact though; you should’ve seen the other car. Although the MDX was able to drive away from the 15-mph impact, it required some minor body repairs that included work to the rear hatch, bumper, exhaust tip, and muffler—the other car, a VW Eurovan, had to be towed away due to damage. After a week at the shop, the Acura was as good as new. The editor driving the car attributed the lack of harm to the vehicle and to his family to the optional 5,000-pound-capacity tow hitch: “Even if you never tow anything, this option is worth its $731 asking price.”

In addition to the Sport Package and Tow Package, our MDX came fully optioned with both Technology and Entertainment Packages, which added to its popularity for road trips and family vacations. The Alpine DVD-based satellite GPS system—quite possibly the best in the industry—assists the driver with real-time traffic updates via AcuraLink, while a DVD rear entertainment system diverts backseat passengers with a 9-inch LCD video display and Dolby Digital wireless headphones. “My son was able to connect his Nintendo Wii into the car,” notes deBie. “That 115-volt plug is a feature that every car should come with.”

These technological nuances, however, did not detract from the car’s utility and efficiency. The MDX is much smaller than most SUVs on American roads, but five full-grown adults and two children fit comfortably into its seven-seat interior layout. On several occasions, staff members filled five of the seats for a weekend trip without overloading the rear-hatch stowage space with bags and suitcases. The only real complaint had to do with the vehicles stock speakers. “An aftermarket sound system is imperative,” says one editor. Another staff member adds: “The sound is muffled and flat. Even after reconfiguring the settings, it lacks bass and presence.”

The car’s exterior design also lacked a distinct presence. The proportions were all spot-on—angled front fascia, bulging wheel wells to fit its 18-inch treads, and a wide rear end—yet there was nothing truly eye-catching about its design.

The brand’s designers address this issue on the reworked 2010 MDX. Acura’s signature grille—which first appeared on the 2009 TSX and TL—now adorns the front end along with new air intakes and skid garnish for the bumper. The end result appears much more aggressive, complementing the car’s potent 300-hp engine—which remains unchanged for the new model year. However, this is not to say that performance enhancements went completely ignored. A new six-speed automatic transmission offers a paddle-actuated sequential SportShift (a first for Acura) and a retuned active damper suspension system, and 19-inch tires improve drivability.

These enhancements only add to the allure of owning a car as well-rounded as the Acura MDX. No other car in our long-term fleet offered the versatility and all-around efficiency of our frost-blue SUV, especially considering its price point. With an MSRP of just more than $40,000 (ours came in at just more than $50,000 with all of the options and amenities), it is abundantly clear why the Acura MDX continues to be the best-selling seven-passenger luxury SUV in America. (www.acura.com)