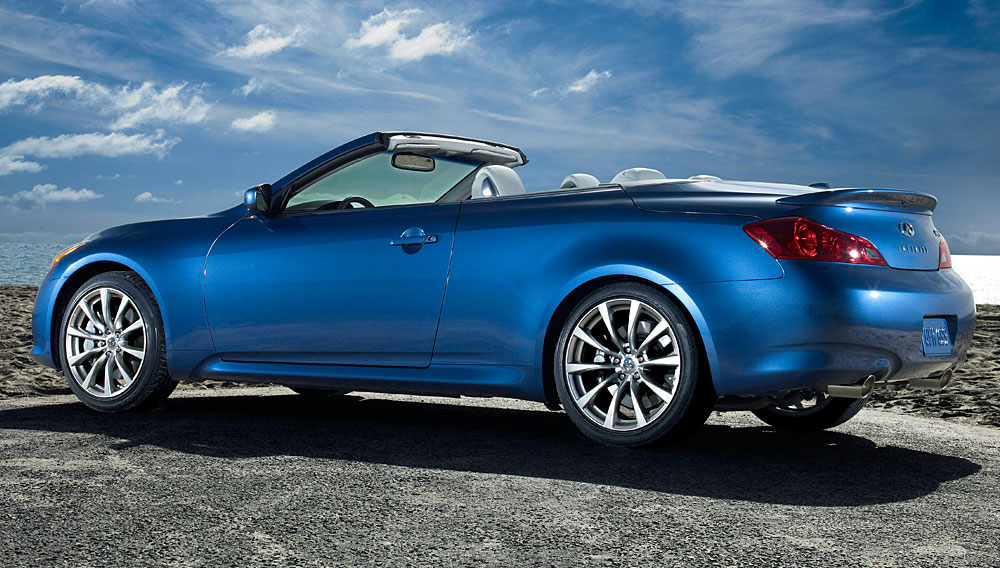 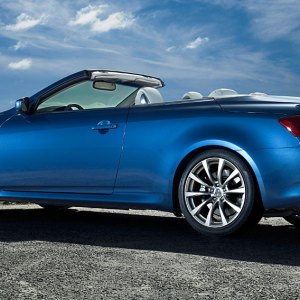 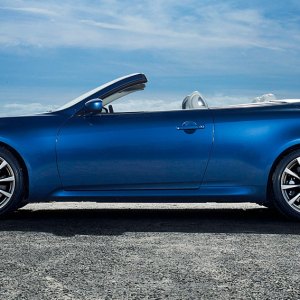 As Infiniti’s most popular model line, the G Series has always been chasing the BMW 3 Series—from sales numbers to performance figures. In fact, when BMW announced that it was building a retractable hardtop (instead of the tradition ragtop) for its new convertible versions of the 328, 335, and M3, it did not take long for Infiniti to unveil the G37 Convertible. Although this top-down model did feature a folding solid roof like its German competition, the G37 Convertible did not exactly follow suit.

Completely redesigned from the ground up, the new Infiniti proved that the Japanese brand was no longer content playing catch-up. Instead of simply creating a convertible based on the original coupe’s design, Infiniti restructured its outward appearance to complement the clamshell-shaped folding roof. The automatic hardtop tucks into the trunk in less than 25 seconds and keeps the car’s design looking fresh with the top up or down.

Another advantage to the convertible’s new design is that the interior cabin actually boasts a bit more room than the coupe, making the backseats a little more useful for fitting full-sized adults. And although the convertible’s 3.7-liter V-6 suffers a 5 hp drop compared to the coupe, it is blessed with Infiniti’s all-new 7-speed automatic transmission—which matches revs during downshifts and helps the car reach 60 mph in less than six seconds.

Pricing for G37 Convertible starts at $43,850, but Infiniti provided a fully loaded model to Robb Report’s editorial staff for evaluation. Fitted with the Premium, Sport, and Technology packages, the G37 (at just under $50,000) featured an impressive Bose Open Air Sound System, larger brakes, sport-tuned steering, solid magnesium paddle-shifters, 19-inch wheels, and a more aggressive front fascia. The only thing that the convertible really lacked was cargo room with the top down, as the clamshell-shape top took up all available trunk space. The car is really built for Sunday drives along Pacific Coast Highway rather than weeklong road trips anyway, so enjoy it the way it was designed: with the top down and radio turned up. (www.infinitiusa.com)