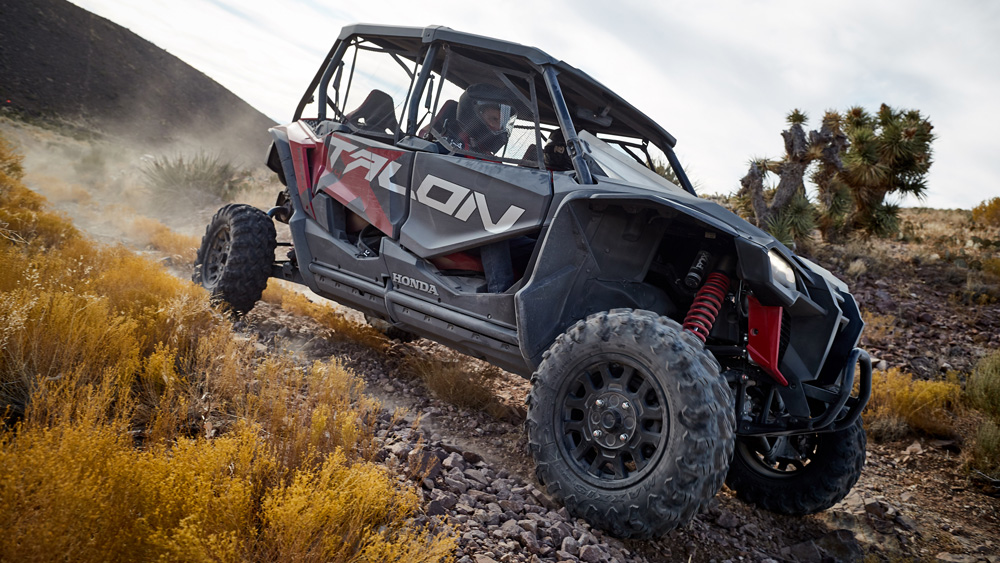 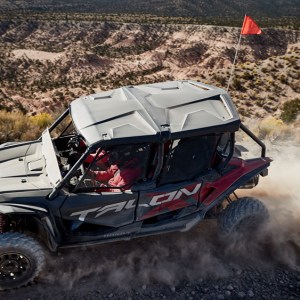 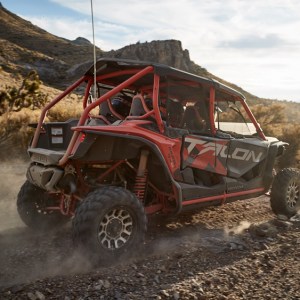 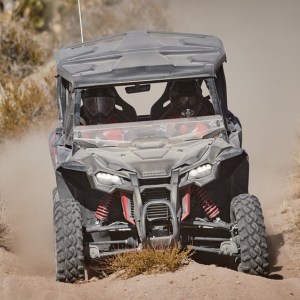 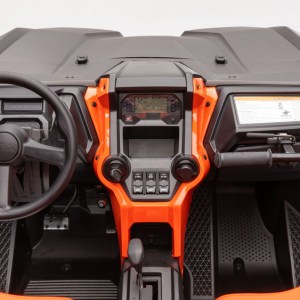 When it comes to performance vehicles, manufacturers are seasoned professionals at selling customers on the idea that the top-tier, high-performance model is the one you want and the base model is worthless by comparison. However, that’s usually not the case. The BMW M3, for example, is wonderfully suited for white-knuckle track days, but the base 3-Series is actually a finely tuned and balanced sports car in its own right. It’s the same story with the Porsche 911. The base model Carrera is a benchmark sports car, the GT2 RS is overkill—wonderfully capable, but way more than anyone needs to feel the thrill of driving.

We compared the two models back-to-back through deep gravel and rocky trails that were three hours north of Las Vegas. The time spent in that terrain brought the faults of the base 1000X-4 to the fore. Massive ruts, off-camber turns, and trashcan-sized boulders crowding the trails make this particular stretch of desert some of the most treacherous in the country. It’s also the reason the area is home to the Silver State 300 off-road endurance race and why Fox uses it as a test area for its suspension.

Honda worked with Fox to develop the Live Valve suspension system and then with Bosch for the fine-tuning of the onboard computer. The result creates a crevasse of a difference between the two models. The base 1000X-4 is a decent enough trail-runner, packing the same 105 hp, 999 cc twin-cylinder engine and much of the same features as the Live Valve, but feels wildly less refined within the first few yards of getting on the throttle.

In the world of off-roading, tires and suspension are everything. When the terrain is as violent and starving for bent A-arms and skid plates as Lincoln County is, you better have it sorted. The Fox Live Valve system is an electronically active setup similar to what you see on some modern road-going sports cars. It adapts to vehicle speed and driver inputs, making adjustments every five milliseconds, softening at slower speeds for comfort and agility and stiffening the faster you go in order to keep the ride stable, planted and cornering flat when you need it.

Switching from the Live Valve model to the standard 1000X-4 was more of a downgrade than expected. From the outside, the two are only readily discernible by their paint schemes (the Live Valve gets a black and orange livery, while the 1000X-4 gets the classic Honda red). The passive suspension in the base model isn’t a cut-rate setup by any means, but the Fox Podium QS3 shocks felt stiff, outdated and sent every harsh bump and knock straight through the cabin. The Live Valve was downright luxurious by comparison, dishing out responsive handling as well as comfort and mid-corner confidence.

Making the case for the next-level performance model for any vehicle is a genuinely tough argument. Will you ever need all that extra horsepower, race-bred suspension and aerodynamic wings during day-to-day driving or your weekly commute? In the world of off-roading, however, it’s a little different. Due to the terrain that a Honda Talon 1000X-4 is likely to see, whether it’s at full-throttle by a professional or on a slow speed tour with the family in the back, capable suspension is essential. The base model can handle it fine, but the Live Valve simply does it better in every way—consider it an optional extra you don’t want to skip over.